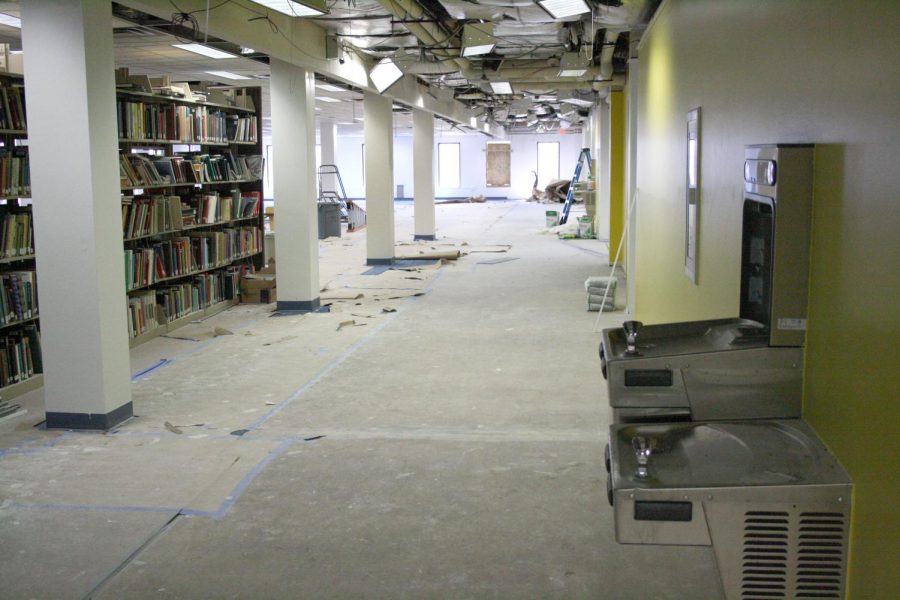 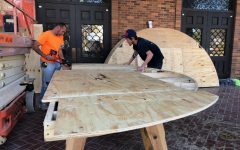 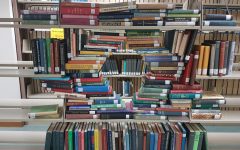 Moffett Library prepares for finals week without the bed bugs 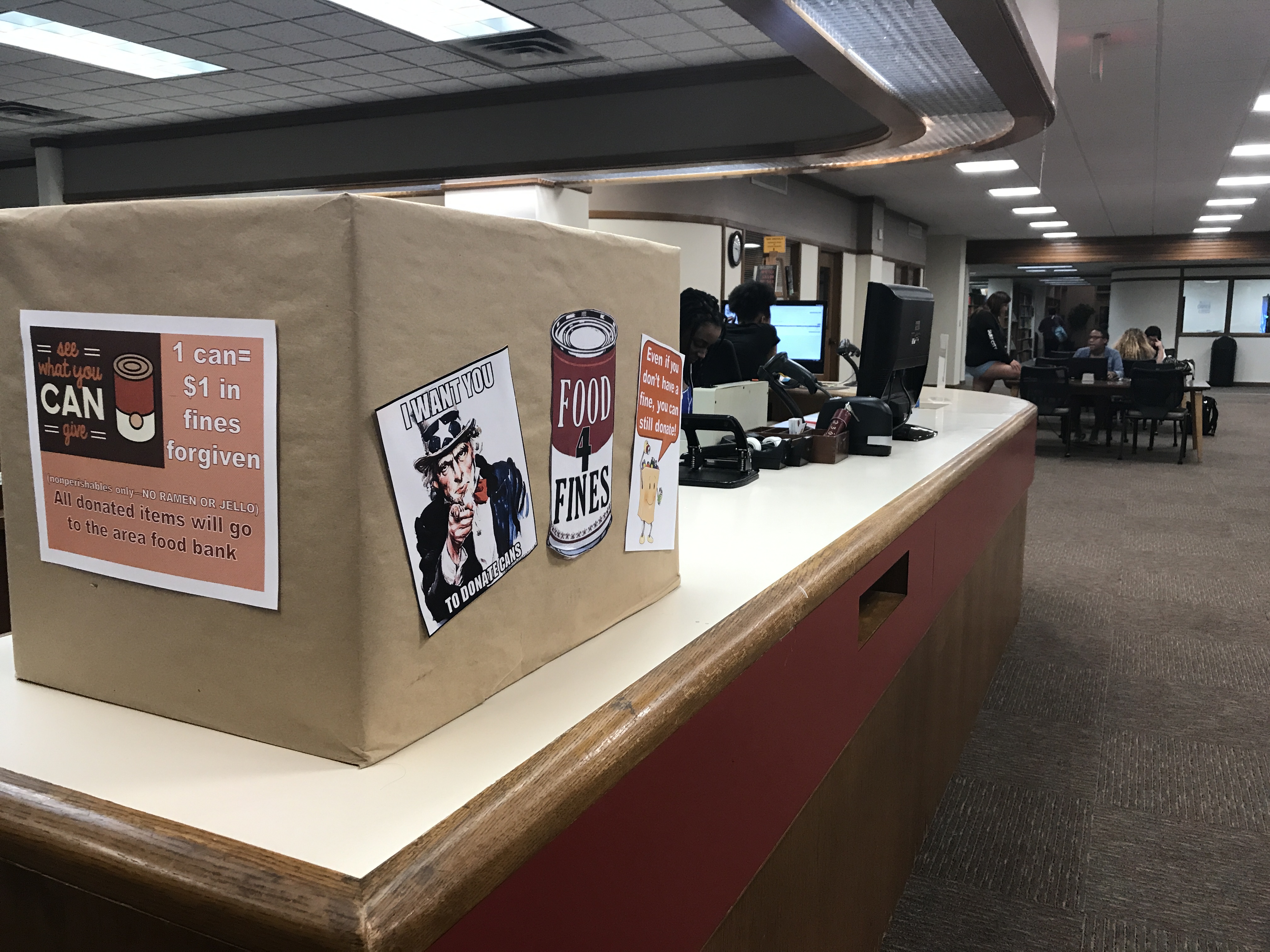 Enter the sixth annual library research scholars contest! Research, write and enter your undergraduate paper. Turn in to librarian Andrea Williams by May 17, 2019. More than $600 in gift cards for top three research papers. Top researcher gets $300 and runners up get $150 a piece and more. Research should be from summer 2018-spring 2019.

“I view myself as the coordinator with the faulty in terms of getting enough judges, establishing the deadline, so that when all of them have been sent to me,” Williams, said.

This idea came to her when visiting another college and seeing another webinar and that another library was trying to give more recognition to the undergraduate’s research papers and to get them to look at their papers more highly than just something that needs to be completed just for an assignment. This library wanted to “put some skin in the game” and then the cash prizes came in to give incentives to get more undergraduates to come out and want to put their research papers in. When you put your paper in then the paper would get more recognition and the winning pieces of research would get the most recognition.

“We weren’t absolutely the same size as this other library, but we weren’t incredibly different, so I thought it would be something useful for the students and us,” Willams said.

This was to help students have the necessary tools to make good research for both their classes and in the real world.

“Ideally in order to do good research, you have to have adequate materials. They don’t all have to be physical hence this major renovation,” said Willams

Saying this at a time where the library is going through a renovation to bring it up to the technological age and help with having no “physical” sources.

“You can’t just make them up you have to get them from somewhere and even if it’s from a library who has electronic resources it would be a good way to encourage students to make use of what we have,” said Willams.

She also sees this as an opportunity to “get librarians to be even more engaged to be working with students” experiences in the library and help them build their writing for future use. How this came to be on our campus was she talked to the director and said “at least do it as a trail,” and the reaction to it was a huge success. As they have seen in the multiple years before and more students are starting to participate in this initiative. It has been getting more and more traction because of flyers and the “word of mouth” has brought more to this program.

“Students from someplace already are aware of it even before I start putting out posters. I view it as a good thing for both sides and maybe even the third side and make a triangle,” Willams said.

Williams said this program helping three different parts of the university. The first part is the librarians that want students to use their items. Second, students who want to do the best they can when doing, “research”. Lastly faulty is interested in this program because they want “students to view their research as worthy of respect” and to not just make something last minute it gives them an incentive to be proud of their work. She sees students as worthy of respect and that even though students may not think someone is paying attention and thinking “I’m just a student no one is viewing this as important.”

“Everyone gets something out of the connection and the program has each year gotten better in terms of growth, more student interest, and more student awareness even before we do things to publicize it,” Willams said.

This contest is directed at undergraduate students to try to get them to build bigger research projects, they only get a certain amount of money for the gift cards.

“I do admit I have a personal interest in [graduate research] but money indeed is an object and I would rather we did a thing well,” Willams said.

She also doesn’t want it to seem like if you win this you will be rich. She wants it to be more for recognition than for money.

“I want us to finance it in a way that if you were the recipient. It’s not like you felt like ‘oh wow I’m so wealthy.’ No, I seriously doubt that this would award is going to make you feel that wealth, but that it wasn’t so small that you may even say it’s not a big deal at all,” Willams said.

She feels that if they did go in the direction of awarding graduates that it would take away money from the undergraduates and spread them too thin, making it “not that big of a deal.” She has created a rubric that all faculty will use when grading the papers.With this, all undergraduates have a fair shot.

“The rubric is just to establish, let’s call it even judging scale. What are some of the things that are going to be viewed as especially important, Regardless of the variety of topics that there is some sense every judge has notion of what should be the scale of what they expected to be looking at,” Willams said.

The papers they have gotten in recent years have increased steadily because the “word of mouth” has increased the time it takes for all the papers to be graded. Williams said “it would take around six weeks to get them all graded” and this time is because sometimes judges are on campus so it would take some time to get those reports from them.

“We have to do the evaluation where they respond to me, I have a scale of what they are saying, then we have what I like to call a part-one part-two, so that all 20 papers are evaluated and then from there we have a ranking of the ones that had the highest ranking of judges feedback,” Willams said.

The rubric is broken into five different parts consisting of purpose, content, development of ideas, relevant details to support the paper and audience.

“Purpose as a sense of the subject, the position, the organization of the paper seems to be direct so the researcher knew the purpose that he or she was going in the research rather than really kind of scattered,” Willams said.

Williams views these papers in a different light. She sees them as Students writing for an academic audience.

“It’s not just for the, what I like to call the I don’t care idea of an audience. The ‘well no one is reading it so I will just throw it out’ it [should be] written as though if your professor disrupted it,” Willams said.

Talking about this information will be all released after spring break with posters being placed around and information giving out.

“After spring break and feels more normal on campus, we will start having posters in virtually all public spaces on campus,” Willams said.