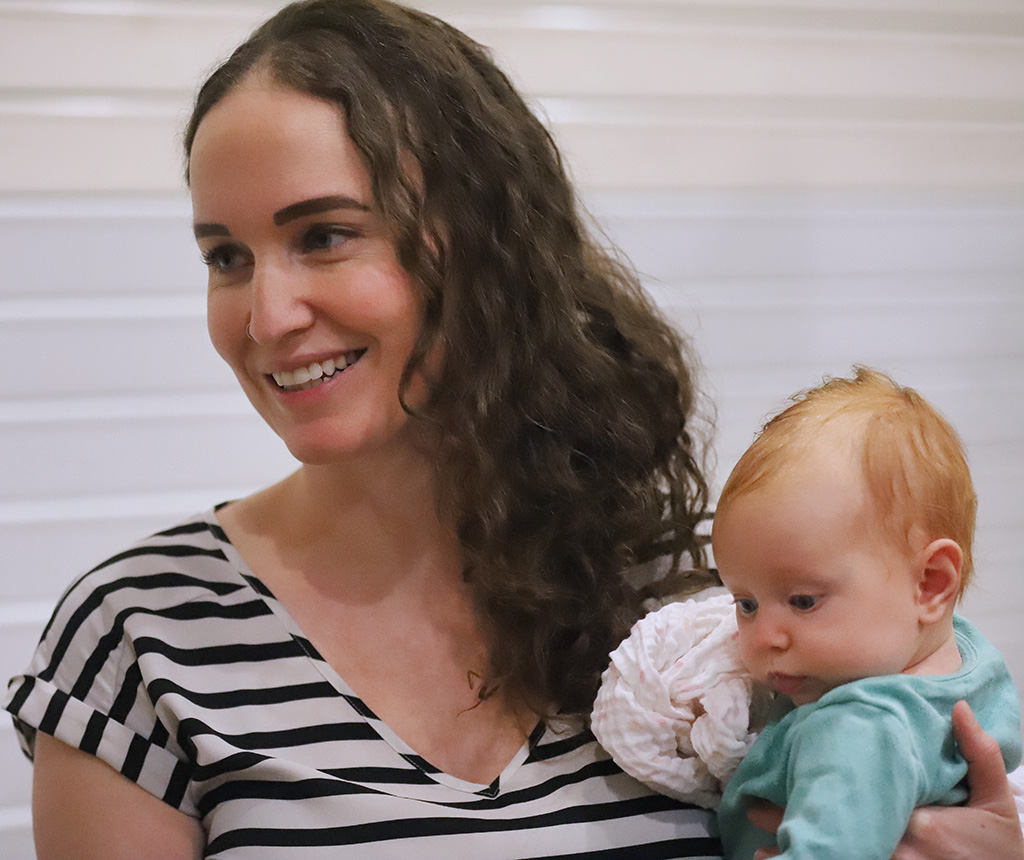 With her daughter, former member of the Westboro Baptist Church, Megan Phelps-Roper discusses her life in the church. (Bridget Reilly)

With her daughter, former member of the Westboro Baptist Church, Megan Phelps-Roper discusses her life in the church.

Speakers discusses the value of hope

Bigotry, picket signs and social media that brought a change of mind. Megan Phelps-Roper, former member of Westboro Baptist Church, kicked off the Artist-Lecture Series for the spring semester. Phelps-Roper and her sister left the church in 2012.

“What I want people to take away from it is there is amazing value, and there is very good reasons to engage people that you disagree with,” Phelps-Roper said.

For Cheslin Maloney, biology freshman, the message was well received.

“I just thought it was interesting to see how someone’s ideology could change over a relatively short amount of time. It was very good. What I liked was the fact that social media helped play a role in mediating between two very different groups and kind of helps the discourse and instead of confrontations that we have on social media that [is seen as] being bad and negative in society, it actually helped her move away from a destructive ideology,” Maloney said.

Her decision to leave the church ultimately came about after engaging in many conversations with people who civilly opposed and questioned the beliefs of people at Westboro Baptist Church.

“The church was my entire identity, so when I walked away I entered a void,” Phelps-Roper said during her speech.

“It’s been six years since I left, and the trauma is still occupied by a sense a hope. There’s a lot of hope for a lot of people that seem hopelessly lost,” Phelps-Roper said.

“The dynamics of Twitter were different since the conversation was ongoing,” Phelps-Roper said, “This was not the truth I had been taught my whole life. Despite the terrible things I said, they befriended me.”

According to Phelps-Roper, David Abitbol, founder of Jewish website Jewlicious saved her life and considered him a friend before and after leaving the Westboro Baptist Church.

“He’s [David Abitbol] one of several people. David he’s a wonderful friend has [been a true friend]. So this is both true before I left the church and after. So, the fact that he spent that time and had the patience to have those conversations with me while I was in the church and to really try to show me the error of my ways in a patient, gentle way that was huge like I do wonder if I would have left absent him making that first theological point that I realized that I’d believe the church was wrong about something. I never thought the church was wrong about something,” Phelps-Roper said.

“So that was huge, there’s a quite a few people including my husband who I would also put in that category but then after we left, David pretty quickly invited my sister and me to come spend time with this Jewish family and Jewish community in Los Angeles and to talk about our experiences and the importance of that.”

Abitbol also taught her a Jewish concept defined by acts to perfect or repair the world: Tikkun Olam.

“That immediately gave me this sense of hope that there was some [hope] because I was kinda hopeless when we left like ‘what are gonna do with our lives?’ and I was utterly terrified. I had no idea [what it was like in the real world] It’s like being raised with this one world view you are filled with certainty that you knew what your purpose in life was and how to accomplish it and all of that was gone,” Phelps-Roper said. “So, that purpose that idea of Tikkun Olam sort of gave me a sense of purpose again. I think it’s really regardless of your religion it’s a beautiful idea and something that’s absolutely valuable to work towards.”

According to Phelps-Roper, she had a job and money saved up but was mostly supported by her parents and did not have to worry about money when her and her sister left Westboro. However, their time was not their own.

“When we left, we realized that we would have a lot of freedom and time but we were definitely going to have to figure how to live in the world without this amazing support system we had at the church so that definitely was a concern. It made me understand pretty quickly how much we as human beings need one another,” Phelps-Roper said.

Katie Lister, Kansas native who now lives in Wichita Falls, went to the same university (Washburn University) as Phelps-Roper and lived near by. Lister shared her first-hand experience living in the same area/state as the Phelps.

“It colored so many parts of our lives, we would talk among each other that if [we saw] a same-sex couple [we’d tell them] you better be careful.”

Lister said it was good to see a shift in ideology in Roper.

“I remember driving past Gage Park where her and her family would be protesting. And I’d probably driven past her, and she yelled or the family yelled at someone or my car or whatever. We were like ‘don’t make eye contact.’ Censorship is not really the answer but engagement, that really resonated because it worked for her,” Lister said.

Megan Cann, mechanical engineering junior, said she was interested in hearing her story of escaping the church.

“It helps other people get an insight on events that weren’t part of their own lives. From that, you can learn and build from that and shape yourself,” Cann said.

Other students also said they also excited to listen to her story after hearing about the event on social media and posters around school.

“It gives you a different perspective of stuff. With news, you usually only hear one side,” Emily Grey, history freshman, said, “It’s just like in history, you only hear it from one side unless you go to the other side.”

Phelps-Roper also has advice for people who want to leave difficult situations like hers.

“First, the importance of talking to people about, it like of processing it. For me, that meant processing out loud. It can be really terrifying but being vulnerable. Keeping in mind that it is a process that you don’t have to have the answers immediately like you don’t have to know that you’re gonna do for the rest of your life: which is kinda how I felt when we first left.”