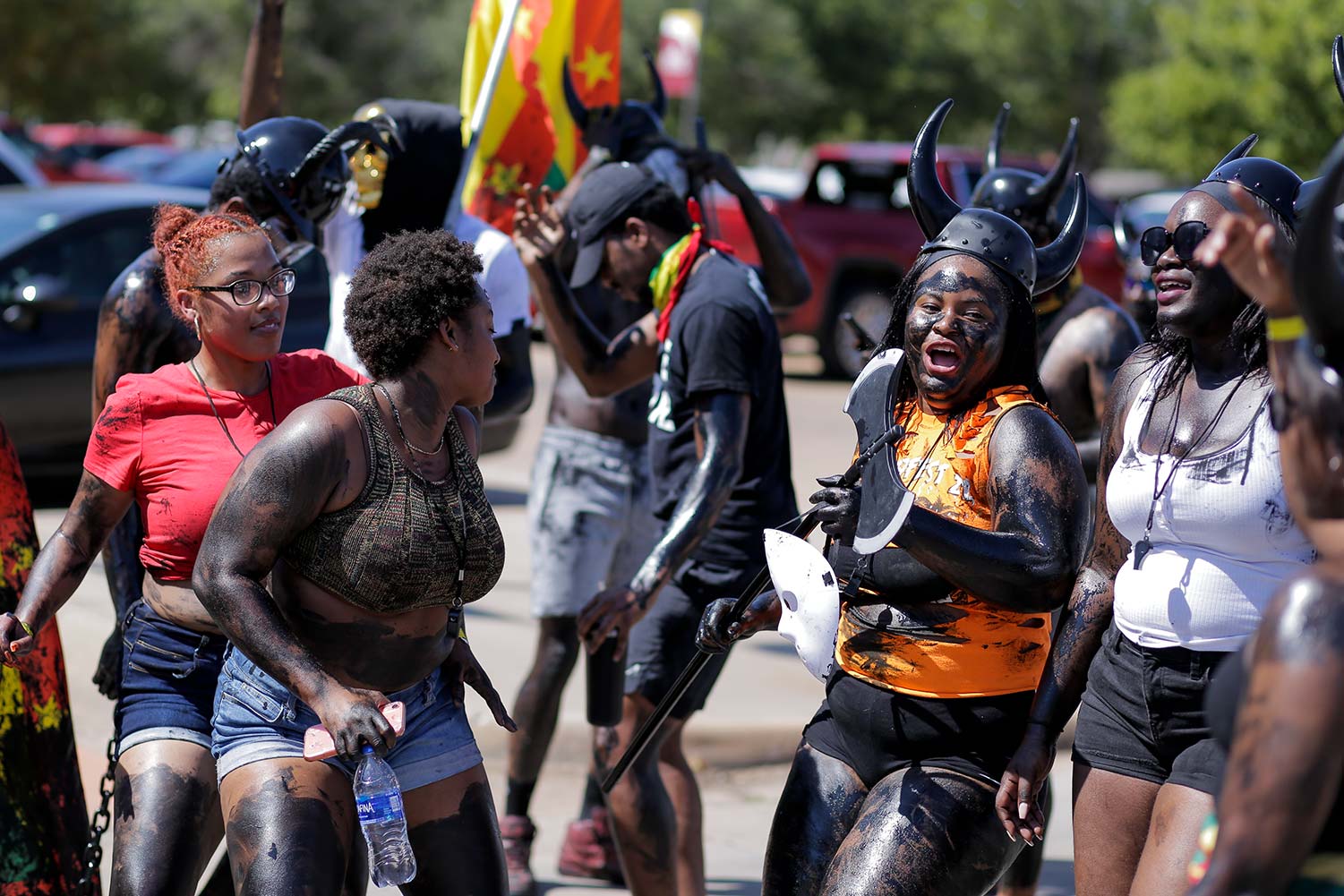 Parade members dance to music at the parade, Sept 25.

Caribfest Parade brings Caribbean culture to the streets of campus

Caribfest came to an end with a parade Saturday, Sept. 25 at 1:30 p.m. that began at the Hardin Administration building and ended at Sunwatcher Plaza. The parade highlighted Caribbean culture with music, dancing, traditional costumes and food. The Caribfest parade was a mini version of Carnival in the Caribbean.

“[The parade] highlighted different sections and different parts of the Caribbean, because the jab jab section is part of Grenada, and the pretty mas [is from] like all of the Caribbean… and the flag-waver section they’re Saint Kitts and Nevis,” Shalecia Francis, 2019 alumni, said.

Francis returned after graduating to take part in the parade as she enjoys playing mas. The parade was canceled last year due to the pandemic. The parade’s return encouraged students to participate for the first time or to participate again, such as Neilia Stedman, graphic design senior , who experienced the 2019 parade.

“Caribfest to me is a mix of culture to just enjoy myself, appreciate my culture and show others my culture. I was able to experience the 2019 parade but not the 2020 one due to COVID-19, so I am excited to be able to have the opportunity again this year,” Stedman said.

“[I think it’s important to have this parade on campus] because for Caribbean students being away from home you can get a bit homesick and just being able to enjoy some part of your culture during the year because we usually have this every year….” Glenna Charles, dental hygiene junior, said.

“I am really happy, I am able to call MSU my home away from home because of all the Caribbean countries and cultures. The purpose of the parade is to bring us all together, even students that are not Caribbean are included, though most won’t join us because they feel they are not a part of it when in reality they are,” Augustine said.

After the parade reached its stopping place in Sunwatcher Plaza, the celebration continued with students dancing to music from the Caribbean culture. Nearby, in front of the Clark Student Center, the Caribbean Students Organization was selling traditional soups that are referred to as water. The waters offered were goat and fish with lots of seasoning, peppers and spices. The CSO was also selling cheese and tuna sandwiches.

“I think [the food is] for everybody it’s really flavorful and you can feel the love that we put into it, it’s almost ancestral recipes that have been handed down for generations,” Soleil Weeks, economic senior said. “I do think it’s very important that it can help you get an appreciation for Caribbean culture and cuisine. Cuisine is a big part of our culture so I do think it’s important that anybody that has the opportunity to try, try it. It’s really good and I’m not just saying that.” 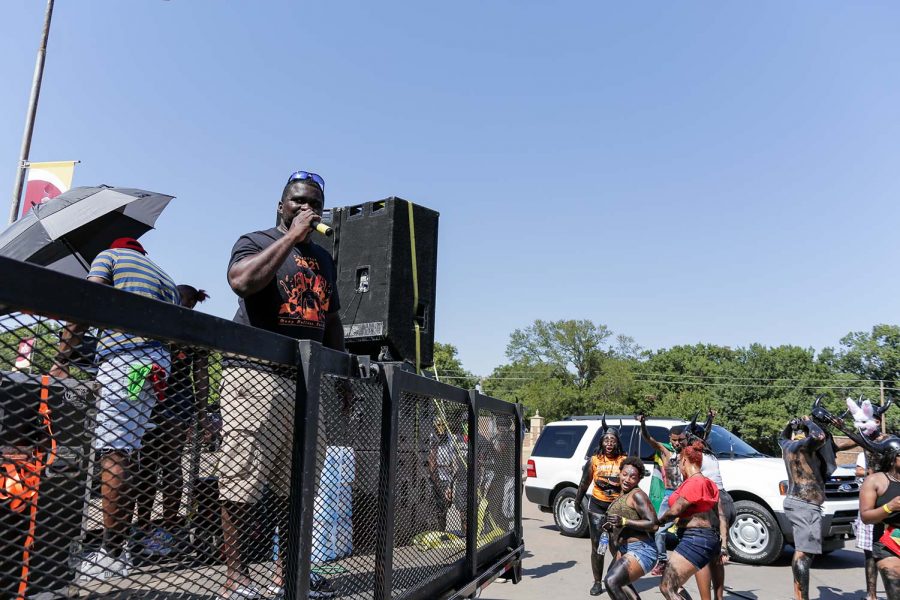 Gallery|2 Photos
Colin Stevenson
DJ Blick talks to members of the parade and provides them with music, Sept 25.
Leave a Comment