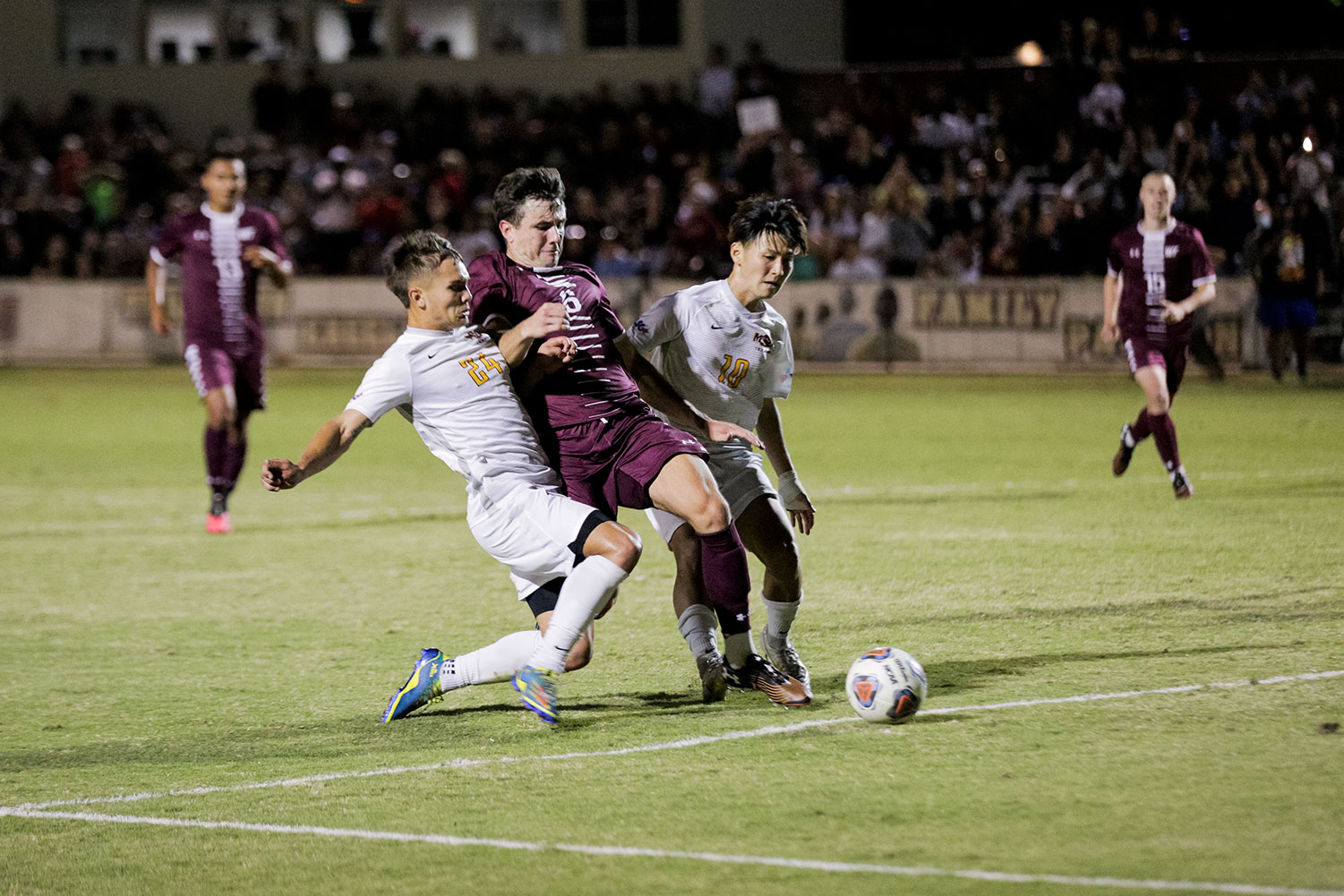 No. 10 men’s soccer suffers first loss of the season against No. 5 West Texas A&M University

This game marked the start of Lone Star Conference play and the rivalry against West Texas A&M showed, both on the field and in the stands. Spectators from the MSU Mustangs and the West Texas A&M Buffs showed their school loyalty with loud chants and celebrations.

“They’re our rivals in the LSC so that’s why it was a good game. We showed passion, resilience and drive to try to get the win,” Carlos Flores (No. 17), captain, midfielder and kinesiology senior, said. “It just didn’t happen tonight. We’ll see them at the end of the year again.”

MSU scored first with an early goal by James Doyle (No. 15), midfielder and MBA senior, in the fourth minute making it his third goal of the year. Mere Escobar (No. 11), forward and management sophomore, gained his first assist of the season and Flores’ corner kick assist was number five for the senior. However, the Mustangs started slow during the first half which made for early goals from WT. Stefan Andjelic’s shot passed the goalkeeper just before the 14th minute for West Texas’ first goal, to put the Buffs tied with the Mustangs 1-1. Rotem Weiss put another goal in the 20th minute to take the lead 2-1. In the 23rd minute, West Texas’ Giancarlo Saldana put the visitors ahead by two goals headed into the half.

“It was a good game. We came out slow in the first half and didn’t really press as much as we wanted to,” Colby Parton (No.24), exercise physiology junior, said. “We got a couple of goals on us early, which made us slow things down early on.”

After the start of the second half, the tough times continued after West Texas A&M scored their fourth goal of the night. With 28 minutes left to play, Anthony Perea shot the ball passed the goalkeeper. Making it the first time in his career Marc-Antoine Huzen (No. 29), goalkeeper and marketing senior, has had four goals put past him.

“In the second half we came out pretty strong. We got some goals back, but just didn’t have enough time,” Parton (No.24) said. “We have to do it next game against them.”

Toi Yamaoka (No. 10), forward and sports and leisure studies senior, scored in the second half at 71:25 that helped make their way back into the game. The momentum rose for the Mustangs when the referee marked a penalty kick after a WT foul inside the box. Yamaoka’s PK landed at the bottom right of net but was saved by Tom Miles, WT’s goalkeeper, and the score stayed 4-2 with a Buff’s lead. The Mustangs missed a few opportunities with the PK and multiple shots on goal by Trevor Amann (No. 9), forward and mathematics senior, that were off target.

“I think we had our chances to turn the game around, but it just didn’t happen today,” Julian Barajas (No. 20), midfielder and kinesiology senior, said. “It was a good reaction from our team. It just wasn’t meant to be.”

Yamaoka scored the final goal of the night at 87:03, leaving a short amount of time for MSU to tie the game. With the bleachers full at Stang Park, the final whistle blew with WT taking the 4-3 victory.

“There was a lot of people here, so it was nice,” Parton (No.24) said. “We came back strong, I thought we were definitely going to turn things around.”

The Mustangs return to Stang Park on Wednesday, Sept. 29, to face another Lone Star Conference rival with Lubbock Christian University. Kick-off is scheduled for 7:30 p.m. 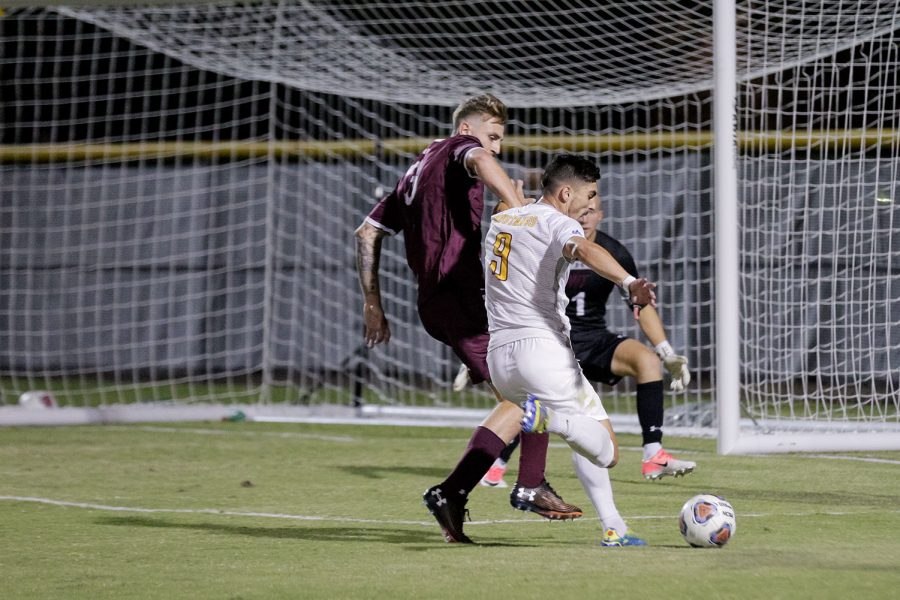