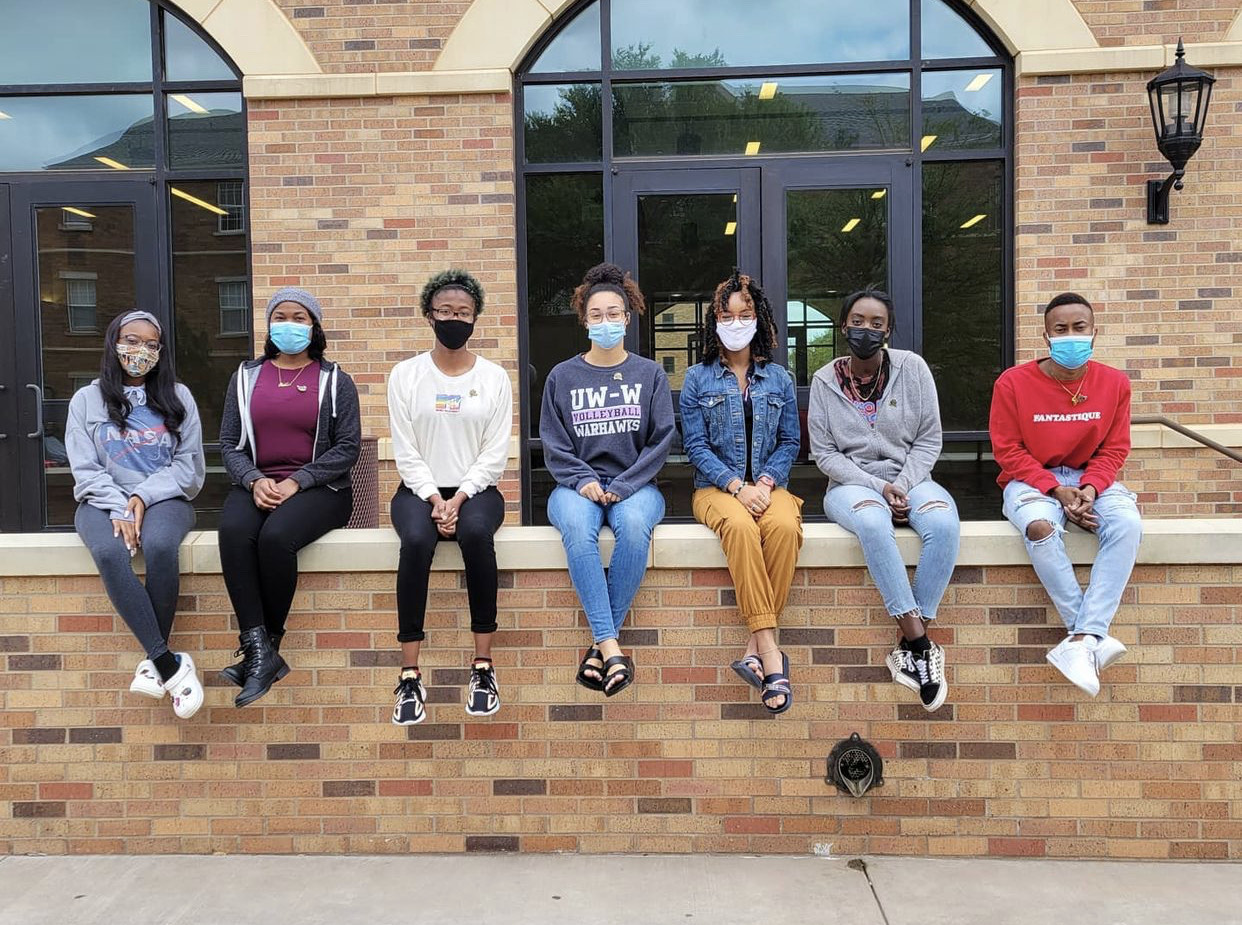 As summer begins and students gather up for their break, the Black Student Union gathers new plans, new ideas and new faces. Their executive board for 2021-2022 is eager for what the school year has in store.

“They allow a safe place to discuss controversial topics going on in the world. They serve as a voice on campus for the Black community to promote our best interests, values and any concerns we may have,” Sanders said.

As the president, she is responsible for making sure the BSU follows its mission and leads the organization. With new students entering this upcoming school year, Sanders looks forward to what the new opportunities could mean for the BSU.

“Some plans I hope to accomplish [are] recruiting and reaching more people and accomplishing everything that we decide to do as a team,” Sanders said.

Kristen Carraway, a sophomore, is the secretary. She keeps records of the organization’s events and reports and also handles administrative tasks. After being previously involved with the organization, she knew she wanted to take the opportunity to be in a leadership role.

“I wanted to be a part of the BSU office because they are one of the groups that offered a space that was very welcoming of me and other students,” Carraway said.

Carraway hopes to get more students involved and connected with the campus community next year and to spread the importance of the BSU. She is eager for the events to come over the next year and to meet new students.

“BSU to me is an important organization that has allowed me to grow since becoming a member, and it is an organization I want to continue growing and doing great things,” Carraway said.

The historian is Aretha Fontaine, psychology senior. She is responsible for recording events and using her knowledge of the history of Black culture to help make decisions..

“Knowing the history will help with decision making within the [BSU]. We’ll be able to reference important moments when speaking, or recreate events that hold particular meanings,” Fontaine said.

She decided to run for the BSU executive board to grow, make long-term friendships and learn new skills from others.

“I want to take my time to really absorb the Black culture. As an international student, it’s difficult for me to relate to a lot of things within the Black community, but that doesn’t mean that I can’t attempt to understand what’s going on. So my curiosity about the Black culture also fueled my interest in the position,” Fontaine said.

Fontaine’s main objective for the next year is to dispel some of the stereotypes around Black students. She wants this to be pushed by the creation of a safe space for some of the students.

“[The safe space], would provide counseling, advice [and] friends that help to support you in that moment, a lot of things that I think aren’t available,” Fontaine said.

Mia Hill, exercise physiology sophomore, is the incoming treasurer. She creates an annual budget for the BSU programs, maintains financial records and communicates where the funds are going. She decided to run for executive board because of what the BSU wanted to accomplish.

“I have always been an advocate for creating safe spaces for minorities and BSU was a community that I was always interested in when I entered college,” Hill said.

For the next year, she wants to increase involvement and membership with the BSU for a larger community and family-feel.

“[Part of the goal is] getting the word out that the BSU discusses serious topics and relevant issues going on with the community, but we also like to have fun and plan events that all students can enjoy together,” Hill explained.

The BSU’s Senator is Jerry Gibson, criminal justice junior. He attends the meetings of other organizations to lobby for the BSU and see how the BSU can improve. He ran for a position on the executive board because he wanted to help people of color by creating a safe space to express their thoughts.

“[I hope] to unite other Black and people of color student organizations under a common interest, which is to provide a safe space for every person of color and to be that hub of uplifting everybody,” Gibson said.

To Gibson, the BSU fosters a safe and educational environment not only for him but for other students of color as well.

“BSU [has helped] me understand that discourse can’t transpire in healthy ways if people are not given the space to share their opinion, learn or be supported,” Gibson said.

The social media chair is Keza Muvunyi, mass communication senior. She became more active with the BSU her sophomore year, which led to her running for the executive board.

“BSU really did some amazing things within the past couple years and I wanted to officially be a part of the process,” Muvunyi said.

For her, the BSU is a place where Black students can express themselves in all types of ways.

“Whether it’s expressing our frustration, anger, grief, emotions or if we’re celebrating and honoring, BSU has a time and a safe place to do so, and I love that,” Muvunyi said.

Muvunyi plans to use the BSU’s social media accounts to engage with students. She also looks forward to being a part of the BSU team and the events they will hold.

“We started brainstorming some ideas for the fall. You’ll just have to wait and see what we officiate and release,” Muvunyi said.