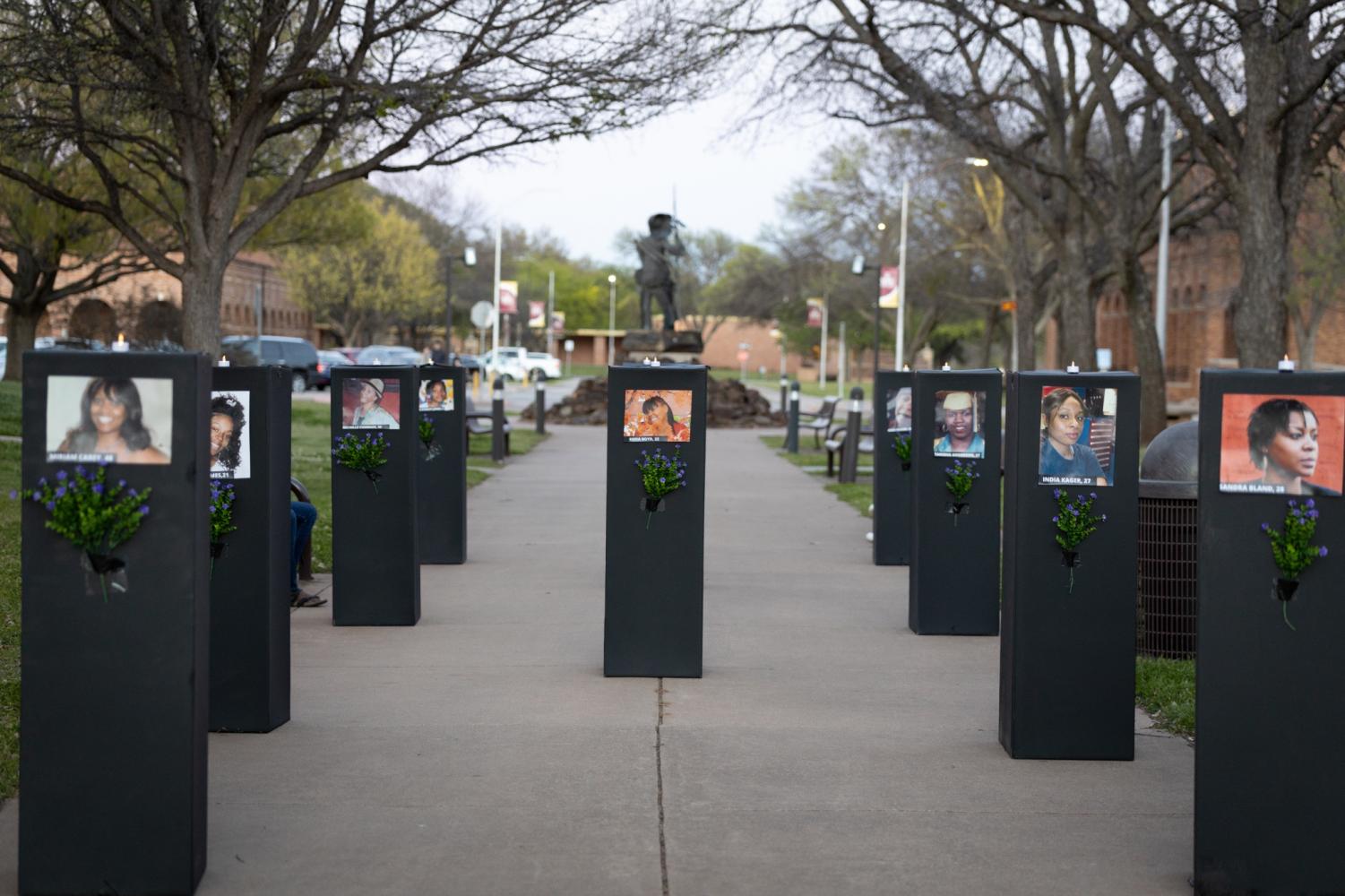 Monuments for deceased women of color on display in Sunwatcher Plaza, March 29

In the midst of Women’s History Month, on Monday, March 29, The MOSAIC Cross Cultural Center hosted a “Say Her Name Vigil” at 8 p.m. in the Sunwatcher plaza, honoring Black women and other women of color that have died due to police brutality and hate crimes.

Joseph gave a brief history behind the hashtag, #SayHerName. The phrase was launched in December 2014 by the African American policy forum in response to the killings of African American women by law enforcement. One of the first cases that spread awareness of the hashtag was the case of Sandra Bland. Bland was found hung in her jail cell in Waller county, Texas on July 13, 2015, just three days after being pulled over by a state trooper for failure to signal a lane change. Bland was only 28 years old. Her death was ruled a suicide.

After Joseph’s opening statement, a two-minute moment of silence was held for the women that have lost their lives. Photos of each women were spread out and hung on a brick wall. At the end of Joseph’s speech, attendees were given a piece of paper with a story about one of the women that passed and had to attach their story to the photo. There was also a gallery with all the women and the age of when they died. The ages ranged from seven to 93 years old.

“J’hymani and I had this similar idea about how there are so many Black women that go unnoticed or who go viral for maybe a couple months but then get lost in everything else. As MSU students, we wanted to amplify their names…our goal is to empower women in their individuality, however that looks like,” Keza Muvunyi, mass communication junior said. “I want the people who attended tonight to leave with a heart transformation, a lot of these women were in the ages between 20 and 28 and I want people to acknowledge that this is our reality.”

Muvunyi said that the reason for the event being hosted today instead of during Black History Month was she because, too often, we try to cram everything into that one month. She said she believes Black people should be celebrated, memorialized and amplified year-round.

“We chose to end Women’s History month with this event, specifically for Black women because a lot of times, nobody hears their voice. We did not want [this event] to be consumed by all the other events that were happening during Black History month. We thought, why not end this month with such an emotional and impactful event? It’s an epidemic. The way Black women are getting killed is a problem. It could be you; it could be me. [I say this] not to be fearful but to acknowledge that this is the reality we live in, living in America as a Black woman, around our country, around our community,” Muvunyi said.

Amani Augustine, nursing freshman and assistant coordinator for WISE, said it is a constant fear that she lives with because she could be the next victim.

“It could be me. It could be Mom; it could be Grandmother. It can be any of us. Nobody protects Black women like we protect ourselves. We need Black men to show up for Black women like Black women show up for Black men. I want the people that attended today to walk away thinking about the Black women in their life. Think about the women in your life and what you can do to help them about and protect them. If I had the opportunity to talk to these women that have lost their lives due to police brutality and hate crimes, it would be that I am sorry. I am sorry this happened to you and you didn’t deserve this, even the women that were not mentioned tonight,” Augustine said.

The next event hosted by the Mosaic Cross Cultural Center will be an online workshop on Tuesday, March 30. over “Differences do not mean deficits,” starring Dr. Gupta and professor Medellin. 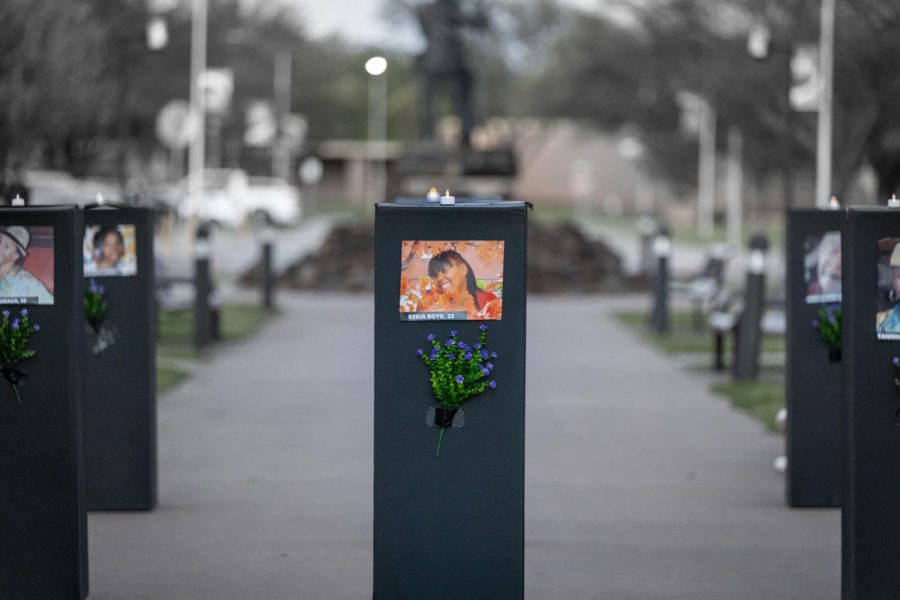