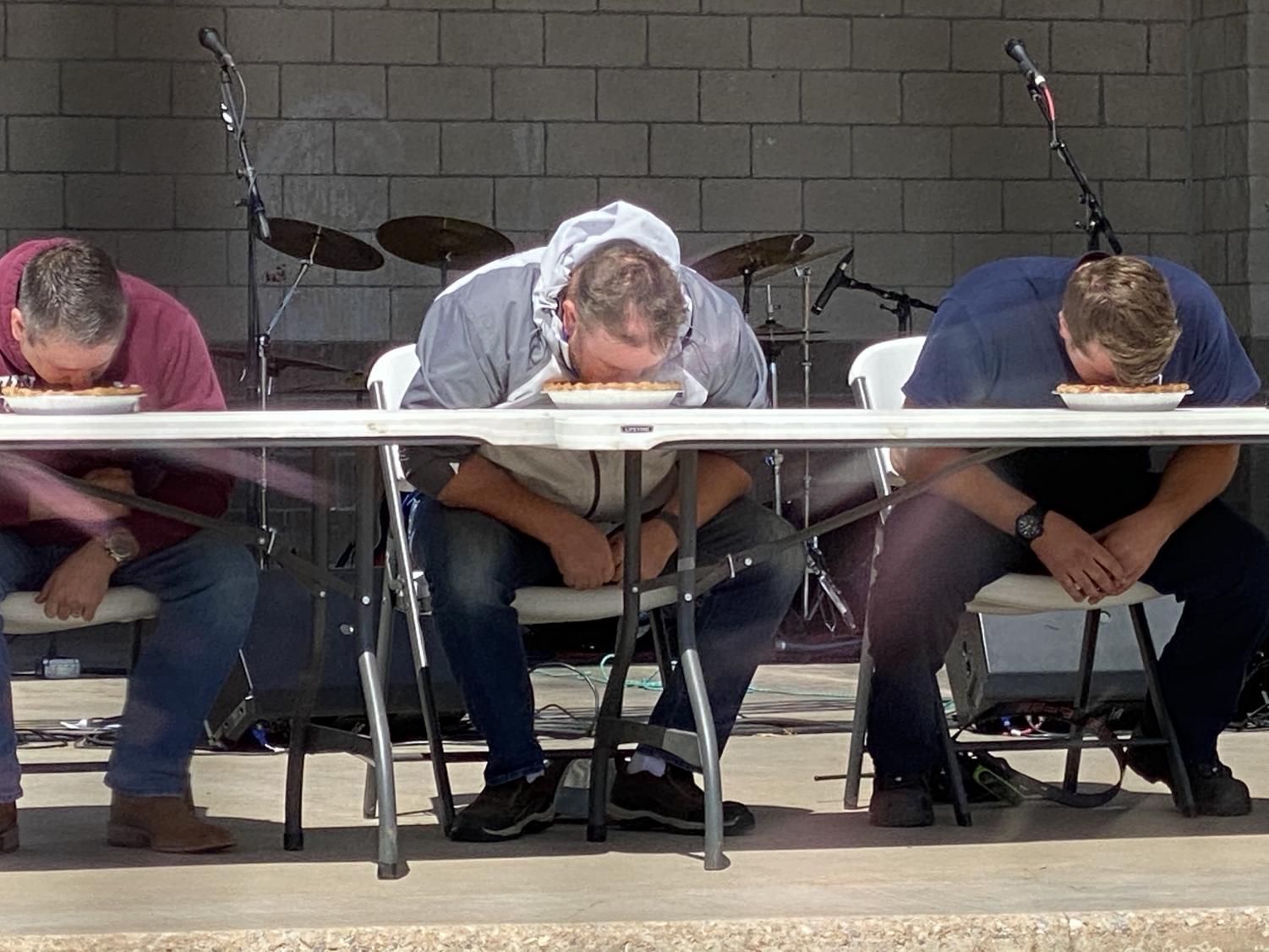 Dr. Duff digs into his pie at the competition at the Boomtown Shootout. (Emily Beaman)

Dr. Duff digs into his pie at the competition at the Boomtown Shootout.

Amongst the fun and games, Duff’s main focus was the Celebrity Pie Eating contest on Saturday afternoon. He was selected to be one of the “local celebrities” competing against others from the community. Despite being a first-time-pie-eating-competitor,  he said he had no prior training or preparation for the competition aside from that morning.

“I judged beans this morning, so I prepared by eating a bunch of beans,” Duff said.

Following up the Silver Thunder Band, around 1 p.m., eight men and women took their seats on the amphitheater stage and had their pies placed on the table in front of them. To take the competition one step further, the contestants were required to finish their pie without using their arms or hands. Duff commented that his personal favorite type of pie is chocolate, but was rather unimpressed when given a cherry pie for the competition.

The time began, along with Weird Al Yankovich’s parody song “Eat It”, and all eight contestants dug in. Duff admitted to turning to those at the table with him, asking if one of them could “hurry and finish” so he could stop as well. After five and a half intense minutes, Kendric Manuel, head coach of Burkburnett Elite, was named the winner.

Duff had finished half of his pie, but was still proud of his accomplishment and simply honored to be part of the celebrity line-up for the competition. He was the only participant from MSU.

“I am so proud and humbled and honored to represent Midwestern State University in this incredible feat of athleticism and eating ability,” Duff said.

After his grueling competition, he headed to the Community Center. As a self-proclaimed barbecuing professional, Duff was also scheduled to judge the rib tasting competition. He sat on the finals table along with six others to judge the 15 samples of ribs that moved past the preliminary rounds. After turning in his ballot, he returned to the vendor booths to spend the rest of his day hanging around the festival.