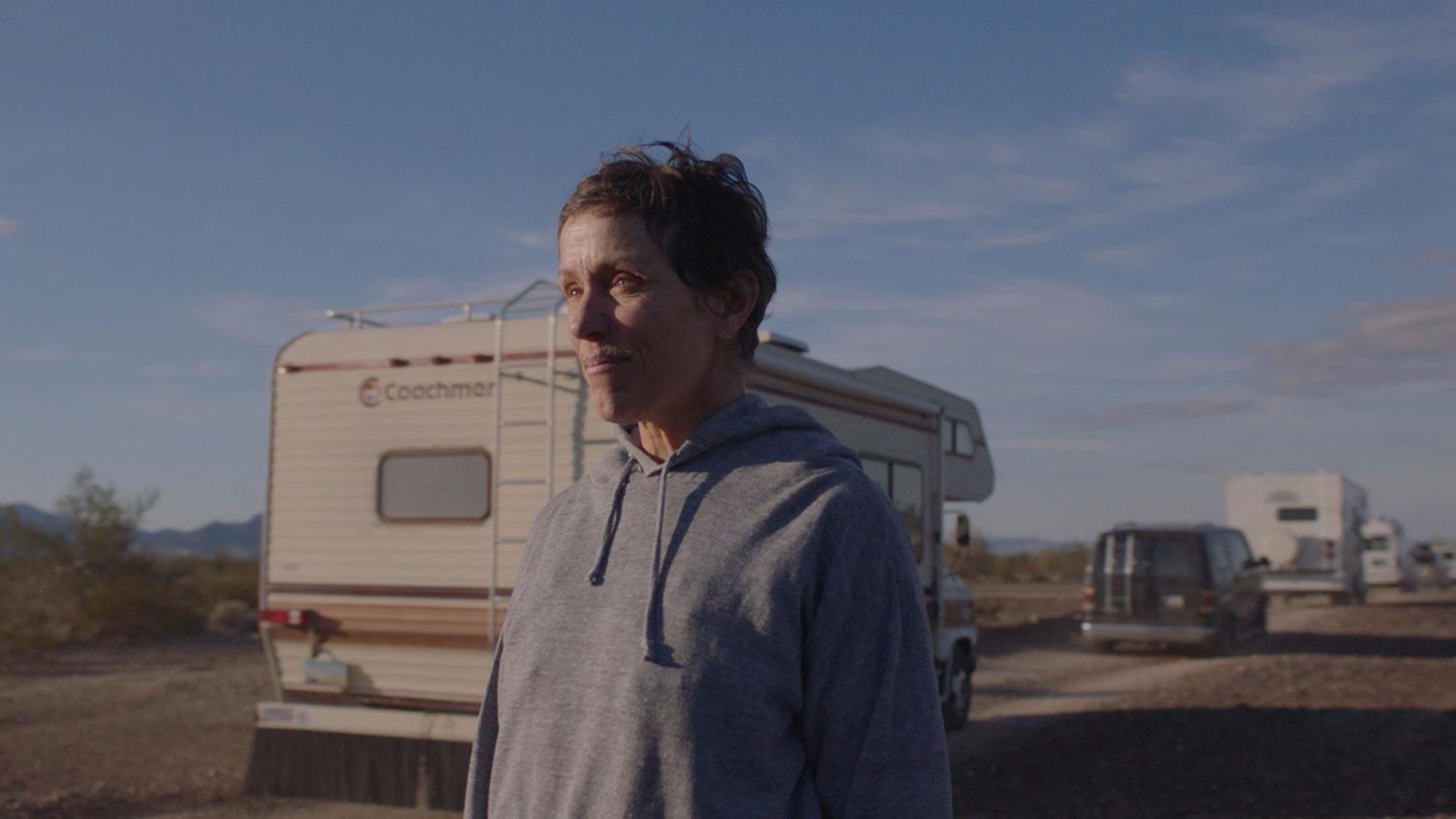 ‘Nomadland’ is the road trip of a lifetime

For Fern (Frances McDormand) there’s never a question of “Are we there yet?” The main character of Chloe Zhao’s “Nomadland” (now streaming on Hulu) has no home and no clear destination in sight as she travels in a van along with thousands of other, mostly elderly, itinerant workers looking for work and a place to park.

Fern has a cycle of odd jobs that keep her traveling across the country throughout the year in her converted white van, lovingly dubbed “Vanguard.” The film starts with Fern sorting orders at a huge Amazon warehouse where she reconnects with an old friend, played by the non-actor, real-life nomad Linda May. The workers live in RV parks and parking lots in makeshift vans or tiny trailers, reusing and trading resources and travel tips with each other as they plan for their next job.

Fern is never one to stay in one place for long, as she uses the process of travel to stay ahead of a wave of grief. Her life was much simpler not long ago, but after an economic depression wiped out her community, taking her job and home with it, and the death of her husband, life on the road was the only feasible way to make ends meet. Her drive to find work and refusal to settle down under anyone else’s roof is the thrumming momentum that keeps the film, and Fern’s van, rolling.

Frances McDormand embodies the role of Fern in one of her most intimate roles yet. She reveals the character to the viewer in layers as you see her interact first with friends and family but also in the privacy of her van and her work. Fern is funny, never afraid to laugh at herself around her many friends, and her tenacity will make you want to get up off the couch, but there are still moments when she grieves her past life and what she’s lost. It’s in these moments that McDormand especially shines, giving one of the most complex and honest performances of the year.

Zhao couples the raw emotion of her star with thoughtful and breathtaking camera work. She eagerly paints the immense vistas and rolling prairies of Fern’s travels onscreen, often bathing them in golden hour sunlight, but she’s just as reflective in her shots of the rundown diners and empty laundromats that punctuate the endless road trip.

The message of “Nomadland” is bittersweet as it overflows with kindness and the spirit of helping others while also reflecting the reality of the thousands of “houseless” elderly Americans who are forced to work brutal manual jobs and live on the road just to survive. It’s hard not to feel frustrated as the nomads sit around a campfire sharing the myriad reasons that dragged them from the comfort and safety of their own homes to life on the road. A heartbreaking moment when one of Fern’s friends confides in having to plan her suicide rather than pay for expensive hospital treatments brings the dreamy world of life on the road crashing back into reality.

But Zhao doesn’t force her hand by lecturing to the audience or constructing a tidy character arc for Fern. Instead, she elevates these hidden American stories into beautiful and deeply satisfying cinematic prose simply by keeping the camera running on McDormand and the host of real-life itinerant people that were recruited for the film. It just goes to show, your life isn’t measured by where you lay your head at night, but how you spend your days. I think Fern would agree.