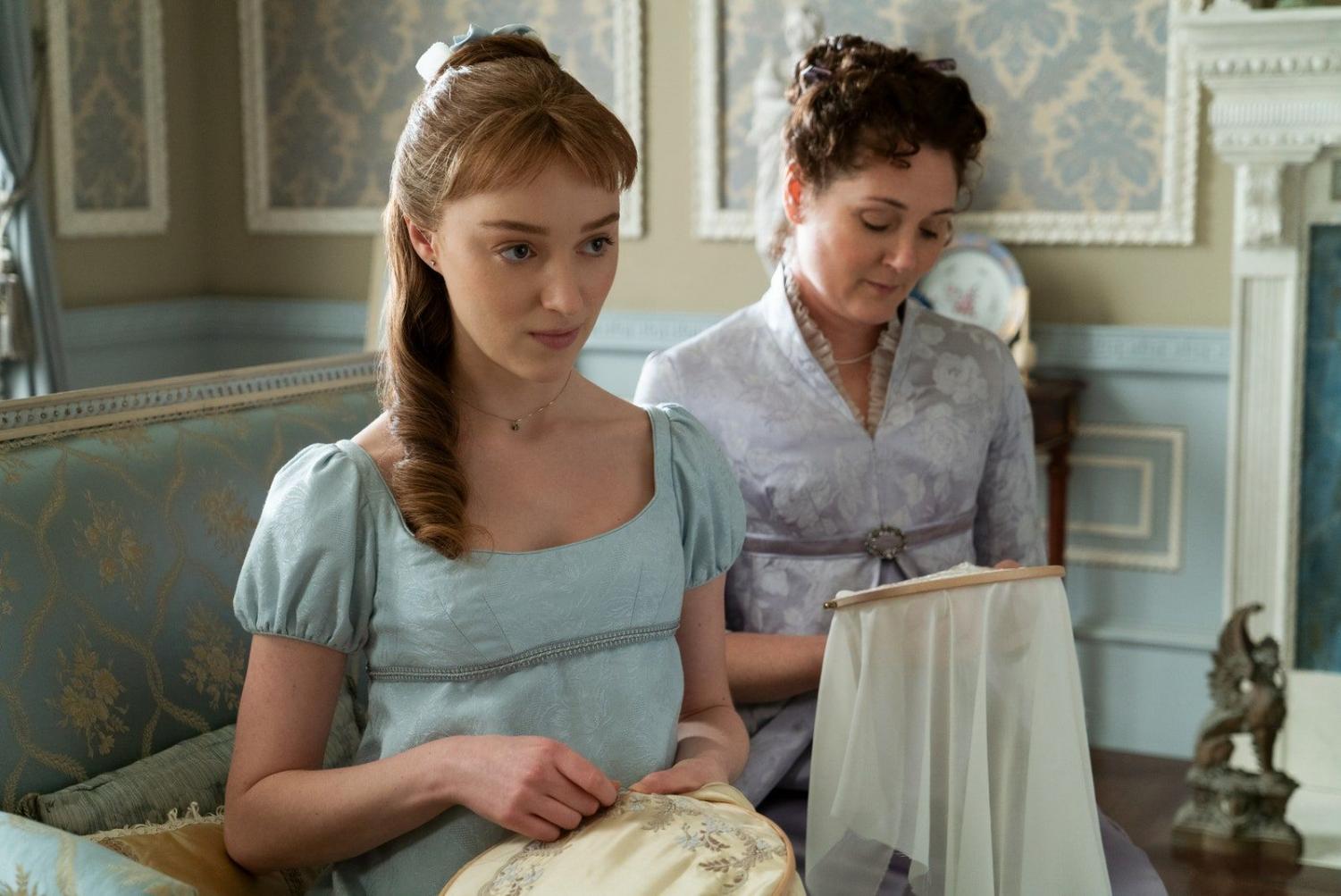 Ruth Gemmell and Phoebe Dynevor in Diamond of the First Water. (IMDB.com)

Ruth Gemmell and Phoebe Dynevor in Diamond of the First Water.

‘Bridgerton’ is the silly show we need right now

The combination of January’s cold weather and social-distancing measures has us glued to our couches more than ever. Some argue that now is the perfect time to catch up on classic movies you’ve missed, but Netflix has other plans for you with its newest hit, the dramatic and steamy period piece “Bridgerton.”

The show, set in 1813 England, focuses on the wealthy but widowed Bridgerton family and its eight children. Daphne (Phoebe Dynevor), the oldest daughter, has come of age and is to be presented at the season’s endless parade of balls. She’s given a glowing recommendation by the Queen herself as “the diamond of the first water,” which basically means that she’s the catch of the season. At the same time, a scintillating new gossip column written by the mysterious author Lady Whisteldown (narrated perfectly by Julie Andrews) has the elite abuzz as secrets emerge from behind closed doors and the polished appearances of some of the best of society are marred.

Daphne isn’t impressed by most of her options and her protective older brother Anthony (Jonathan Bailey) is dead-set on scaring off anyone who has the faintest whiff of being unsuitable. Looking for a break from the courtship, Daphne makes a deal with the most eligible bachelor in town, Simon the Duke of Hastings (Regé-Jean Page), to fake a romance to make the suitors Daphne wants jealous and keep Simon single, just as he likes it. The two become fast friends and a crackling spark develops between the two that even the stuffy and detailed Regency rules of conduct can’t contain. As the season takes twists and turns, the rest of the Bridgerton clan and their coterie must also wade through the waters of love and loss while trying to avoid becoming a scandal in Lady Whistledown’s latest column.

“Bridgerton” is a hard show to put in a box. It’s deeply grounded in the stratified Regency Period and almost needs a glossary for its historic vocabulary (for example the “ton” is the aristocratic upper-class that rules society which is a new fact I’ll never forget), yet it feels weirdly modern and very silly. Much of its success is due to TV legend and producer Shonda Rhimes’ smart color-blind casting choices that give full agency to characters of all races and allows all characters, no matter their gender, to have some level of control over their lives. This marriage between the almost utopian post-racial society of the show and the clear-cut strata of Bridgerton’s upper-class characters leads to an enticing and frilly season of television.

It takes “Bridgerton” a few beats to get rolling, but with the help of a string quartet version of Ariana Grande’s “Thank U Next” playing in the background at the first ball of the season, the dramatics quickly start rolling. Every character has challenges and problems to sort through, but none more than the independent Daphne and her passionate but mysterious Simon. The two’s bumpy and often steamy relationship is the main attraction of the season with everyone else’s story-lines being a welcome distraction.

“Bridgerton” is the kind of show that you’ll know if you’ll enjoy within the first few minutes. It’s not everyone’s favorite style or time-period, but while it might have a stuffy crust, the drama and characters are just as relatable and well-written as any of Rhimes’s other works. Take a dip into the lush and scandalous world of “Bridgerton” and bask in the safety of being out of the all-seeing eye of Lady Whistledown.