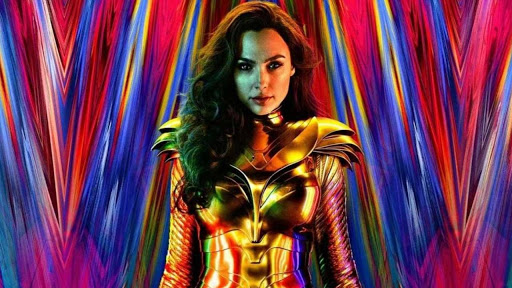 The supers have returned. After a year-long hiatus from the silver screen, DC and HBO Max have brought superheroes back with “Wonder Woman 1984,” and while Wonder Woman isn’t saving the day on the big screens like we’re used to, watching at home is a good start.

It’s been 60 years since Wonder Woman a.k.a. Diana Prince (Gal Gadot) has been seen in the public, and even though Diana’s still as confident, beautiful and strong as ever, she’s not making many new friends. To fill her time, Diana has been working as an ancient artifacts curator at the Smithsonian and fighting crime incognito in the neon-saturated Washington D.C. of the early 1980s. She teams up with her shy gemologist colleague Barbara Minerva (Kristen Wiig) after she’s asked to investigate a mysterious artifact that claims it can grant wishes to whoever possesses it.

After Diana and Barbara accidentally make wishes (for Diana’s long-dead World War I boyfriend Steve to return, and for Barbara to be as strong and confident as Diana) the Dreamstone is stolen by the shady business mogul Max Lord (Pedro Pascal) who has more sinister intentions for his newfound wish-granting abilities. The wishes seem too good to be true, and they really are, as the powers of the stone take from the supplicants just as much as it gives. Wishes stack up as Diana, Barbara, and the rest of the world has to grapple with the consequences of getting their hearts deepest desires.

It’s nice to be watching a superhero movie again, especially one as upbeat and fun as this one. Director Patty Jenkins cranks up Wonder Woman’s super-ness as she brings out the invisible jet, flying powers and has Diana lassoing off of lightning. The somber tones of the first film are replaced with splashy 80’s nostalgia that makes this go-round of Wonder Woman more colorful and interesting to watch.

Kristen Wiig does well as the meek Barbara who morphs into The Cheetah, but Pedro Pascal struggles to find his footing as Max Lord. To be fair, it’s a clunky character that would be hard to grapple for most actors, but Pascal seems to err on the side of campy versus serious, which takes most of the punch out of his villain. Chris Pine returns as the sweet and earnest Steve, his character “magically” morphed onto a stranger in order to grant Diana’s big wish. I wish he would’ve been used more, especially after Pine and Gadot developed such fun chemistry in their first turn.

Even though Wonder Woman builds on the first film, it doesn’t add any new substance to its growing canon of characters. I would have loved to see a deeper exploration of who Wonder Woman is beside her pining for lost love, and despite Kristen Wiig’s best efforts, her character development felt too rushed and easy. The Amazons are seen for just a quick flashback and then barely used or referenced again.

The first “Wonder Woman” film pitted Diana against Ares, the god of war, and Jenkins has a similar good-versus-evil theme in mind for her sequel, as Max’s swelling wish-granting abilities come to represent the idea of greed itself. The plot gets a little jumbled as Diana monologues about how her lasso of truth is the only thing that can fight this magnitude of greed, which I think is a cool concept that didn’t translate as well from idea to the screen. It’s this big, convoluted idea of Diana fighting against the greed of the world that throws this train off its tracks in the last half hour, but “WW84” begs you to sit back and enjoy the thrill of the ride instead of asking too many questions or picking it apart.

“Wonder Woman 1984” feels like the kind of movie that’s fun to watch with friends, but not one you’d necessarily rewatch on your own. It can be hard to accept the mediocre as fun as it may be, but that’s just what Wonder Woman wants us to do.