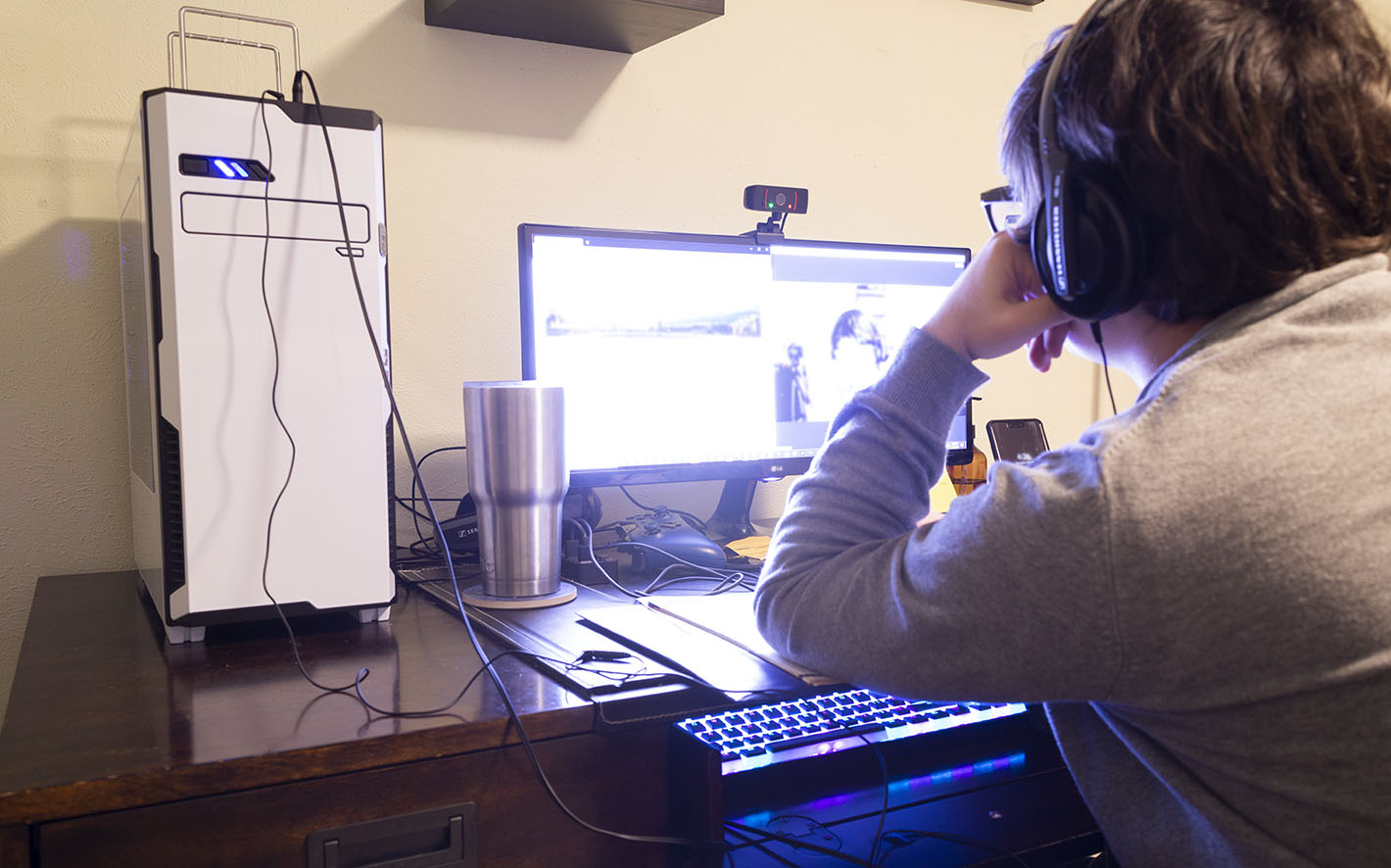 OPINION: The struggles of remote learning

After spending the latter half of my spring semester at home, I thought I couldn’t take it anymore. After summer, I had to go back. As time went on though, that seemed increasingly unlikely. COVID cases just kept going up and up with no end in sight. When school finally came around, there was no way I could safely go back. Both my mother and grandmother have immune system issues, and I didn’t want to put them in harm’s way by having to ever come back from a place where I had been so exposed. Even more, I was fearful for my own health. With such a new disease, it’s hard to know the long-term effects, and I didn’t want to trade 10 years of my life for a semester at a dorm. So, I emailed my professors whose classes I had already registered for to see if they could accommodate at least remote learning, and I was in luck: one of my classes was online, and all of my others had set up some sort of plan for heavily remote learning anyways. I was thankful I didn’t have to change my schedule and went into the school year with as much optimism as I could muster (not much).

Things started off relatively well. Spanish at 8 a.m. was not the best idea, but it was made much more bearable by being able to wake up later than I would at a dorm. I didn’t have to shower, find new clothes, go to the cafeteria to get breakfast and then walk to class. Instead, I’d saunter out of my comfy bed, maybe grab some food, and debate whether I should throw on jeans or just stay comfy in my pajama pants. Even more, I could essentially attend class from anywhere, as long as I had a half-decent WiFi signal. It almost made me wonder why I ever went to college in-person.

That is, until the distractions set in. I got to enjoy building my own PC for the first time this semester, and being able to run multiple programs with speed and ease (even games!) was dangerous for me. I found myself regularly tabbing out during my classes, even during the ones that required a webcam. I was amazed I kept up as well as I did.

I did not enjoy being stuck living with my parents again, either. Granted, our relationship could be much worse, but it was nice getting away and living on my own my first semester. I felt almost trapped back home. On the bright side, my mom’s cooking is a lot better than cafeteria food.

I also found myself falling behind physically, as sitting in class at my computer is not particularly active, and without walking to classes, I find myself rarely going outside. I believe this has also affected me socially, as I’ve hardly kept up with friends from campus, where I would normally chat with them as I saw them about.

Don’t get me started on the technical difficulties! While most were eventually ironed out, I had to sit through many a troubleshooting of audio output or input unable to help because they couldn’t hear me or vice versa (A quick hint to professors: it’s most often zoom picking the wrong input or output device; try checking that first.)

Long story short, that was by far my least enjoyable college semester. Sadly, it looks like it will be happening again. With COVID cases still as high as ever – if not higher – I have planned to continue remote learning into 2021. It sucks, but it keeps me and my family safe. I’m open to any suggestions for focusing tips, though!