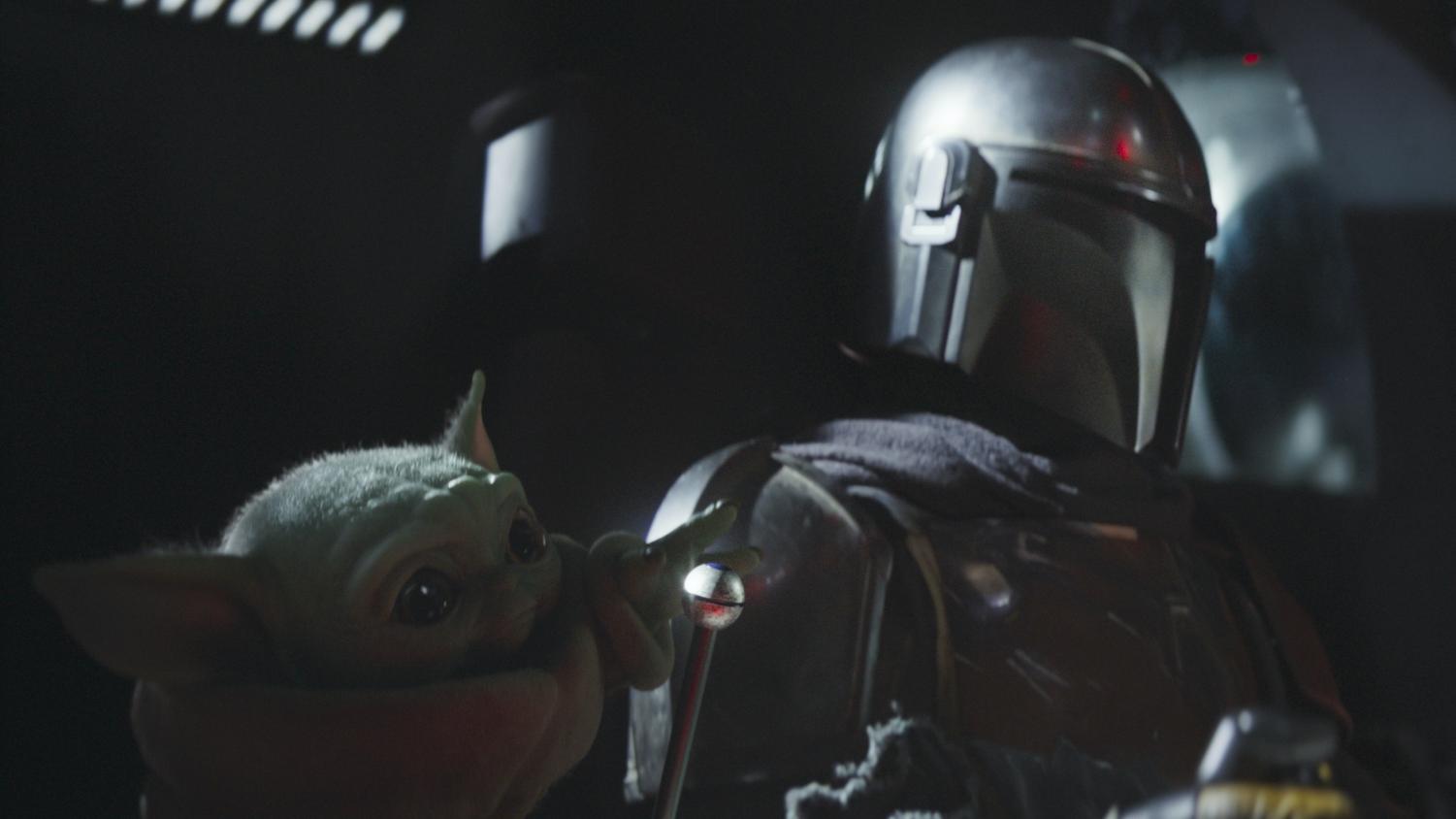 The Mandalorian and the Child. (allears.net)

The Mandalorian and the Child.

‘The Mandalorian’ is more than just Baby Yoda

Everyone’s seen Baby Yoda. The big-eared, tiny green alien has taken over pop culture in the past year sparking memes, toys and plenty of buzz across the internet. I’m not ashamed to say that he’s my favorite thing about Disney+’s Star Wars series “The Mandalorian,” but he’s just the tip of the iceberg in what’s easily one of the best shows of the year.

Set just after 1983’s “Return of the Jedi,” “The Mandalorian” explores far-fetched corners of the Star Wars universe without Luke Skywalker or his crew anywhere in sight. The series is led by the chrome armored Mandalorian, a member of a secret society of bounty hunters who captures prisoners and scores jobs in a seedy town run amok with other hunters. After a job gets him into more than he bargained for, “Mando” must ferry Baby Yoda (officially called “The Child” in the show, but I refuse to do that) across the galaxy, picking up allies and making enemies along the way.

Each episode is tied to the next in chapters but also stands alone in the way that it presents a challenge for Mando to overcome, characters to help him and a resolution that leads him to a new problem. This type of storytelling might seem stale, but it gives the show a sense of reliability even as the seasonal story arc builds and develops tensions.

One of the best parts about “The Mandalorian” is its careful attention to the aspects of “Star Wars” that captivate fans the most. It includes fun action sequences, bizarre characters, practical special effects and even, at times, clunky dialogue, all of which feel completely in line with the original Star Wars films. Each episode boasts a cache of easter eggs for the rabid fans to discover, but the writers are prudent enough to not overwhelm newcomers to the Star Wars universe. Their focus is on simply portraying a thrilling space western.

Pedro Pascal (Oberyn Martell from “Game of Thrones”) seems to be a master of the “less is more” style of acting, which suits this character well. He shows his face just once in the ten episodes to date and his lines are terse and to the point. Actions speak louder than words though, especially when he’s caring for and protecting the irresistible Baby Yoda, and I predict that Mando will grow into a complex and fascinating character to follow. The rest of the eclectic cast includes big names like Carl Weathers, Amy Sedaris, Bill Burr and Timothy Olyphant each of whom seasons their respective episodes with some variety in the weekly cycle.

While we’re still in the early episodes of Season 2, the cliffhanger ending of Season 1 hints at several exciting storylines in the coming weeks. “The Mandalorian” is an easy sell for Star Wars fans, Western or Sci-fi aficionados, or anyone who’s felt a twinge of parental instincts stir in their heart when they look into Baby Yoda’s adorable eyes.

“The Mandalorian” is available to stream on Disney+ with Season 2 premiering new episodes every Friday.

‘The Mandalorian’ is more than just Baby Yoda