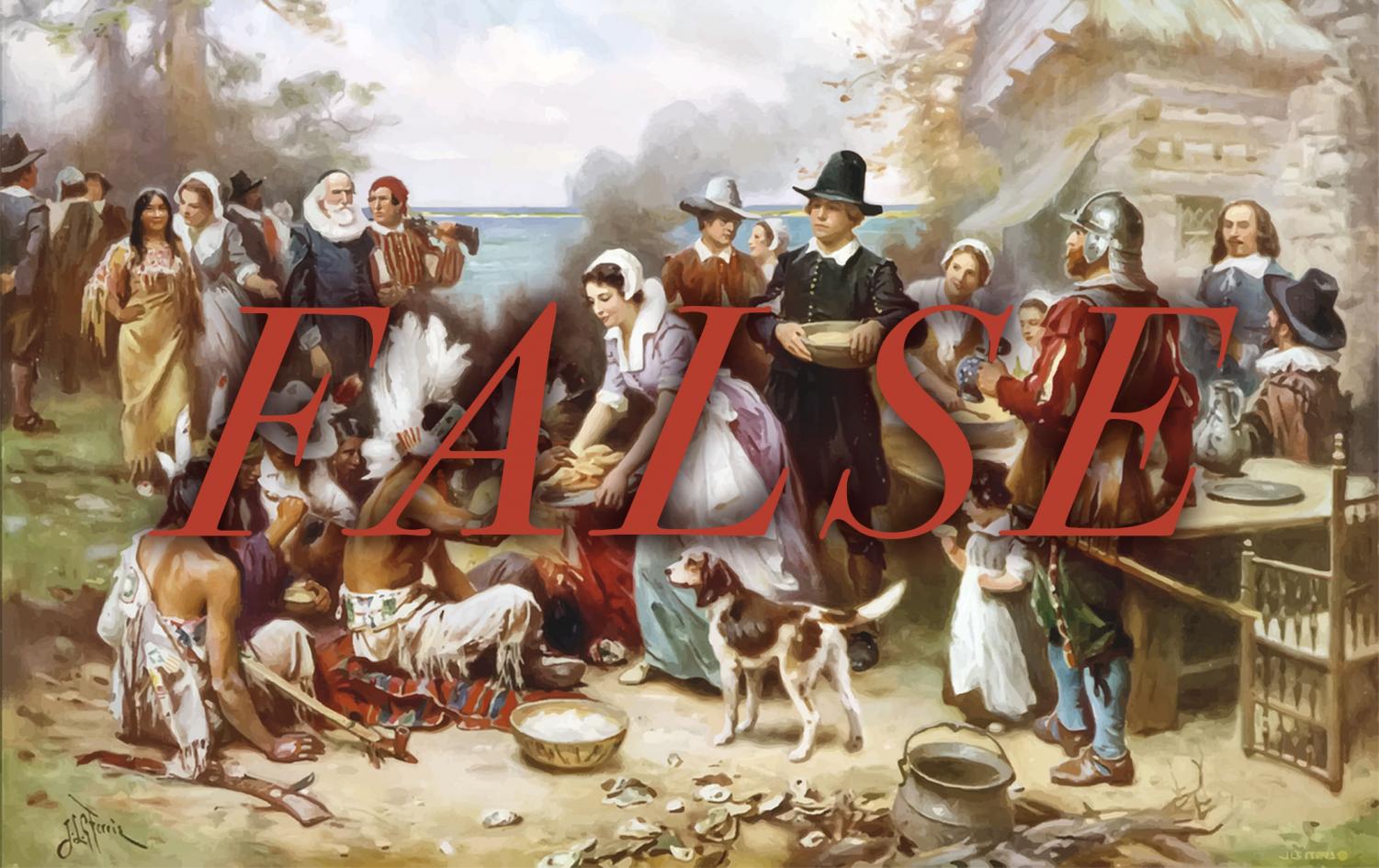 OPINION: When will we teach the real, brutal history behind Thanksgiving?

Growing up in America, we are taught about Thanksgiving as a holiday to remember the peaceful gathering of pilgrims and Native Americans. In elementary school, I remember my teacher giving the students a coloring sheet with a cartoon pilgrim hugging a Native and telling the class our Thanksgiving experiences. Schools teach us about one story on Thanksgiving which is just a candy-coated version of what really happened: the real story about bloodshed and colonists converting Natives to their version of a “real” American. Thanksgiving has nothing to do with Native Americans and all about a story of supposed unity created by old men with the need to dominate and take over the land.

Many Native Americans don’t celebrate Thanksgiving because of the genocide and whitewashing of their ancestors by colonists and I absolutely agree. Some celebrate the holiday but in their own way which celebrates their heritage. I love this way of celebrating Thanksgiving because of the connection to their ancestors whose heritage was almost taken away completely. Being a Native American in a predominantly white family can leave some mixed feelings because we’re celebrating a holiday made up by white colonists. However, I cannot blame my family or millions of other families in the country, because this is the fairy tale we were told, that it’s a day of family and coming together with loved ones. I am not saying I’m against this unity, but I am against the story behind it.

Most American children will be raised to the story of pilgrims and Natives gathering to eat dinner in harmony, but the reality is the “story” is the first official mention of Thanksgiving was following the colonist massacring the Pequot tribe. Over a hundred years later when George Washington tried starting the Thanksgiving holiday, the celebration called for giving thanks and prayer, not a celebration of unity among Natives and colonists. Many stories contribute to the creation of Thanksgiving, but none of them mention the massacres and land-grabbing against the Natives. Indigenous people were not even allowed to be citizens until 1924. They weren’t considered citizens of a country they resided in before colonists. If this doesn’t show how little the country cared about Indigenous people, I don’t know what will.

So when will schools start teaching the real story about Thanksgiving? I’m not sure, but I do know it will take many teachers and scholars to educate others on what really happened on Thanksgiving. There was definitely no thanks given to the Natives, but maybe by raising awareness and proper education, Indigenous people will be recognized properly.