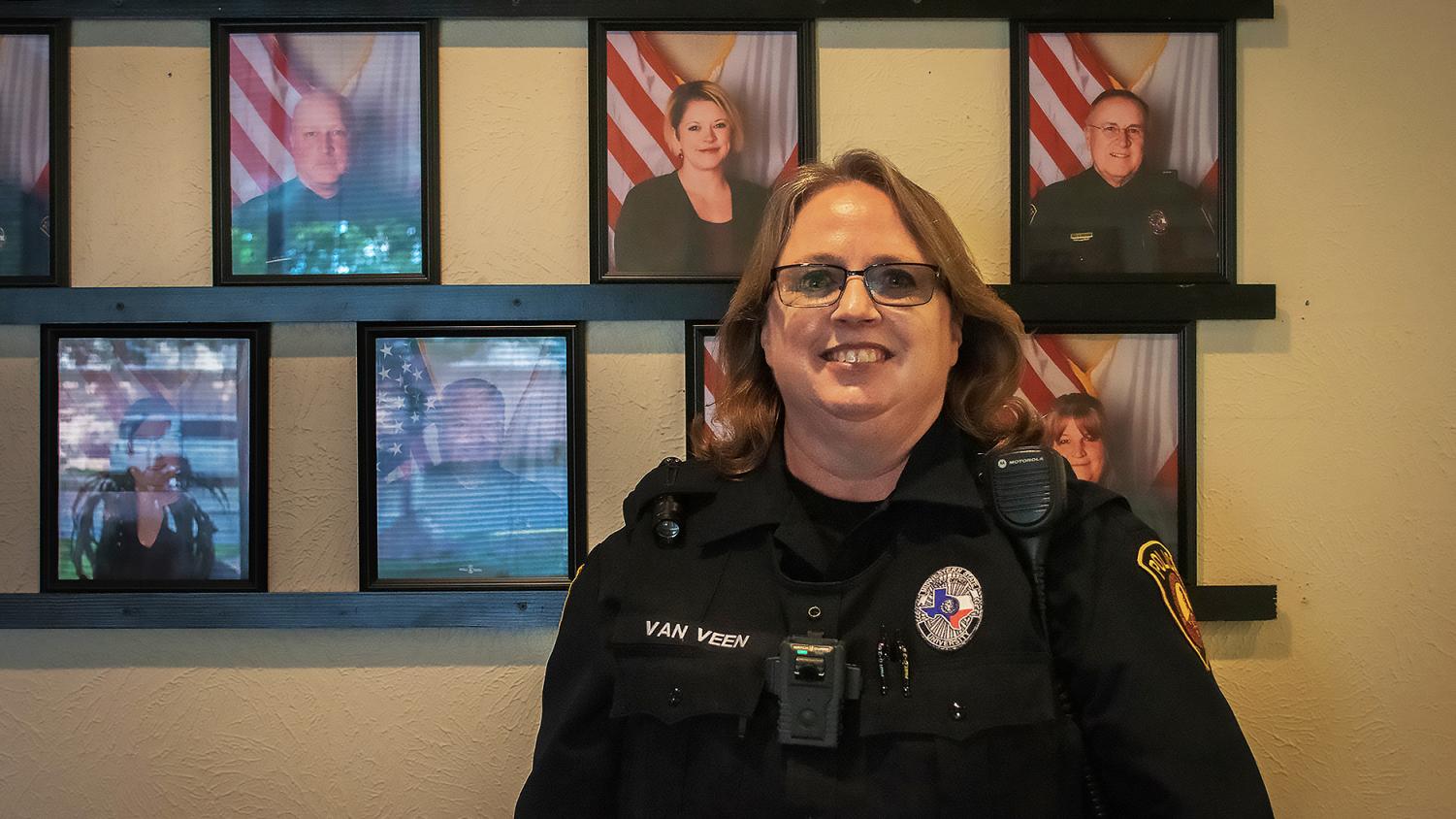 The faces behind the badge and pristine suits have not always represented the diverse range of society. In 1838, the city of Boston established the first American police force and 72 years later a woman was appointed as the first regularly rated policewoman by the Los Angeles Police Department. Alice Stebbins Wells became a pioneer in the national movement to have police departments hire more women as officers, and now women make up  12.8% of all police officers. Although the story of women in American law enforcement is an evolving one, MSU made a breakthrough by hiring its first full-time policewoman, Officer Amy Van Veen, since 2017.

“She’s a very experienced and knowledgeable law enforcement officer coming to us after close to 30 years in the law enforcement field, 10 of which have been in the capacity of higher education,” Chief Patrick Coggins said. “She brings a tremendous amount of skill and experience to the department. Because of her experience in the past, she is able to catch on very quickly and serve in the role that we need her to serve in.”

After spending 30 years in law enforcement, Van Veen said this is the first time she’s been the only female in the department.

“It’s a small department, I don’t think it’s unusual that I’m the only female in the department,” Van Veen said. “It’s kind of cool in a way. I don’t want to be singled out for any reason; I just want to be a part of the team and do my job.”

Although the MSU police department strives to create an inclusive environment that represents the college community they serve, there is still a disparity between the number of male and female students in the local police academy which is where they recruit from.

“MSU is different from the region. We’re a community within a community, but we still have to recruit from the local community, so those diverse attributes that we would like to see in those applications are still reflective of the community that is predominantly white,” `Coggins said. “Any police department, I think, wants their police staff to be reflective of the community they serve. Often times, we don’t get the number of applicants that we would need, because not everyone who applies is selected as a police officer.”

At 20 years old Van Veen decided she was dedicating her life to serving her community. With no family background in law enforcement, Van Veen was the first of her family to become an officer, a path her older brother would soon follow.

“One day it came to me and I knew that’s what I wanted to do with my life and I’ve been doing it ever since,” said Van Veen.

Van Veen decided to turn in her badge for the municipalities in 2009 and in 2012 she traded her former badge in for a badge that represented so much more than fighting against crime. Tired of the reactive environment that was dictated by continuous calls which created room for a lack of personal connection, Van Veen’s desire for interaction pushed her to work in higher education.

For the past eight and a half years she’s been working in a college environment. After getting laid off from her most recent job due to COVID-19, she was looking for a place to call home.

“I like what I saw about MSU, it seemed like a place I would like to relocate to start a life at. I like the size and it had a homey feel to it and that’s really what I want,” Van Veen said.

For Van Veen choosing MSU is less about a job and more about making those life-long connections she couldn’t make before.

“I enjoy helping people. I’ve done the running and gunning,” Van Veen said. “I’m at the point in my career where I’m more interested in helping people, interacting with people and just getting to know people. I want to be there as support. It’s not just a job; I want to be more personable and deal with people more on a one on one basis.”

Although there are no plans in place to help the MSU Police Department recruit more diverse officers, the department is looking forward to a future full of improvements that will enhance the ways in which they protect, serve and defend the campus culture.

“The university police exist to protect the campus community, to assist in creating and maintaining a safe community to live, learn, work and recreate,” Coggins said. “I’m hoping that these improvements, both in the quality of staffing as well as the infrastructure that we’re working on now, will result in a better police service to our community.”