OPINION: The speech of love 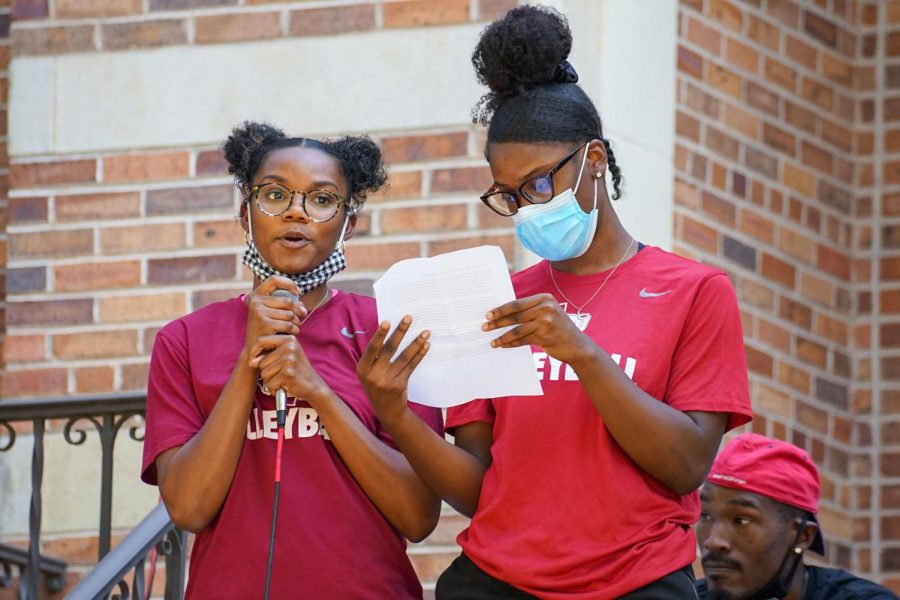 The night before the march, I couldn’t even read it all the way through because I was so afraid to stand up in front of people and talk. The next morning, I had a choice to make: will I allow my fear of public speaking to get in the way of my future and my children’s future? After talking some sense into myself, I knew what I had to do. I had to go up there and speak for everyone else but myself. This was a time that I must put aside my fears and worries and extend a hand out to humanity.

Every activist and leader in our history did not sacrifice and fight to change the world for themselves but for generations later down the line. They knew that there would not be any success if they led with a selfish heart. They knew they couldn’t endure all the ridicule and torture if they had selfish intentions. Being a leader is a selfless act. Being a leader is not about striving for your personal success but for the success of the cause, you are fighting for. Being a leader is about stepping out into the fire, no matter afraid you are, and clearing the way for others behind you. As I was presenting my speech, I thought it would open the eyes and hearts of others but instead, it changed mine.

The one convicting thing about my speech that I dealt with, was the pressures of holding that torch of love the following week. The next week was hell. I was approached with so many opportunities to be malicious and rude, but I had to remind myself the real change in the world starts right here. It starts with how you talk and treat others in your daily life. It is easy to continue the chain of negativity, but as leaders, we must change the narrative; even if we are standing alone. The real change is looking at others from a different perspective. The change is understanding people and their circumstances and choosing to be gracious and loving.

It starts with our everyday life and interactions with others. It starts with the difficult people in our lives, the hurting people that hurt people, and the people that don’t have a voice to ask for help. We have to make the hard choice to look past the ugly and find the light in people. No matter how bright or dim, everyone has a light, and it is our job to try to bring that light out. Sometimes it may be easier than others, but lifting and encouraging others will give them the ability to let their light shine.