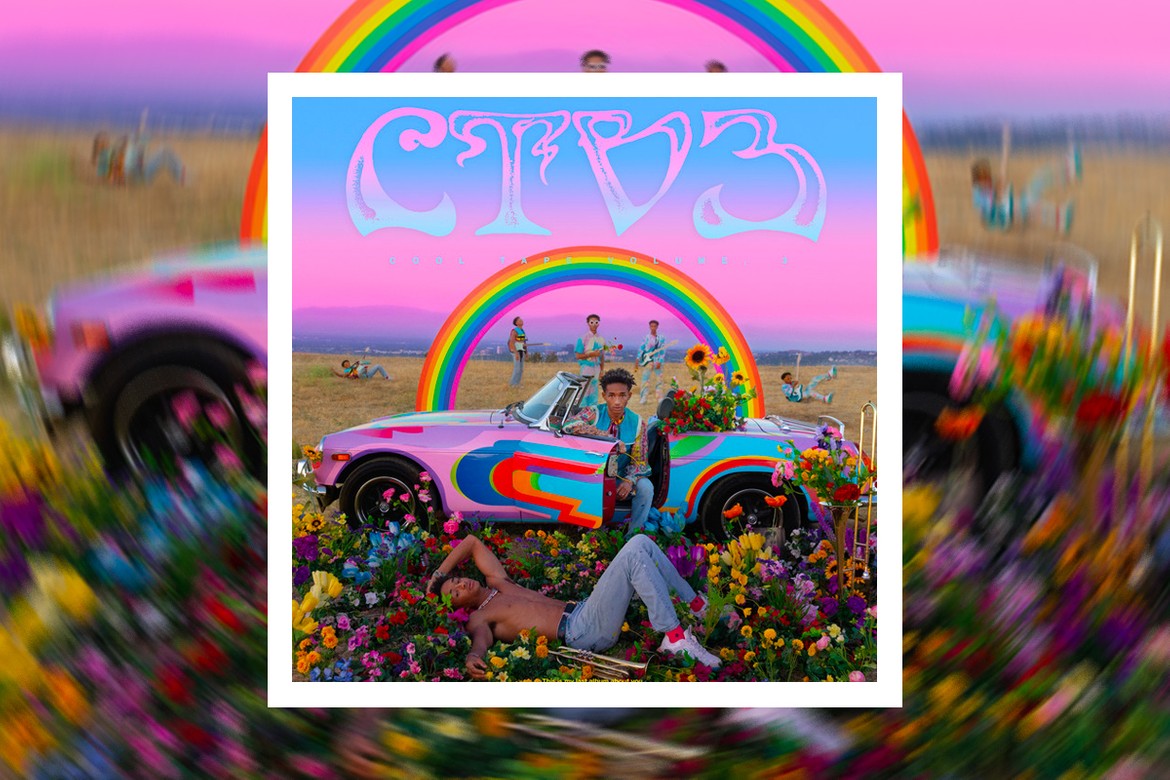 Early this year, in August, Jaden Smith released his third studio album “CTV3: Cool Tape Vol. 3” which fully embraces the Bubblegum Pop/Dance genre of music. The album in its entirety feels like Lollapalooza in the form of an album with its freeing, lustral, breezy, uplifted, cathartic yet purifying style of music and tone that Jaden Smith takes and sticks with from point A to point B. Unlike the last album review I did, I have personally been listening to Jaden Smith for quite some time now dating back to when he dropped his debut mixtape “The Cool Cafe: Cool Tape Vol. 1” and if you are wondering, “Volume 1”?, Yes there is a Cool Tape Volume 2 aptly titled “CTV2” which is also mixtape; “CTV3: Cool Tape Vol. 3” is the first Cool Tape to be a featured studio album by Jaden. “CTV3: Cool Tape Vol. 3” serves as a “prequel” taking place before Jaden’s debut album “SYRE”, a name he chose after one of his middle names (He has two middle names, Christopher and Syre). Caught up to speed now? Great!

Every song on “CTV3” has a mellow sound to it at some point but ultimately closes with a pleasant cheerfulness that echoes and leaves listeners in a “blissful” kind of mood at the end. When you listen, it feels as if Jaden was trying carefully not to dip too deep into the pop genre pool during the album creation process and created something amazing in doing so.  Songs like “Falling for You” (which features Justin Bieber), “Everything”, “Muted Sunrise”, my personal favorite “Cabin Fever” and “Photograph” pull this off with greatness, but of those songs, “Cabin Fever” pulls this feat off with flawless perfection that would have merit it at least a look as Song of the Summer had this album been released earlier than it was. When asked about the song “Cabin Fever” which already has a music video out with the 1966 MG MGB Roadster featured on the album cover Jaden remarked that “Cabin Fever” was his vision of a “quarantine love song”.

For those interested in Jadens’ rap prowess, it is clear that purposely “CTV3” offers one of the most scarce servings of Jaden-fueled rap for the listener with a mere four songs,  “Rainbow Bap”, “Bad Connection” “Young in Love” and “Endless Summer” with the latter song featuring rapper Raury, who is known for featuring on Jaden’s foremost rap heavy song on each of his albums. “Bad Connection” serves as a chaser to “In the Hills” and in my opinion is the best sounding of these songs where Jaden raps about losing connection verbally and physically with a love interest.

Overall “CTV3: Cool Tape Vol. 3” is a beautifully crafted concept album and a great continuation to the musical career of Jaden Smith. The only question that “CTV3” leaves me wondering is in what direction is Jaden going to go next? Jaden has his own Netflix anime series “Neo Yokio” (which is a great watch) and is the front for a new Snapchat Original titled “The Solution Committee” which is intended to target younger kids and help them explore how to instigate change and come up with solutions to taking on racism and inequality which goes in line with the message he shares on the final track on “CTV3”, the boys and girls of the world can change the world even if others say they can’t.