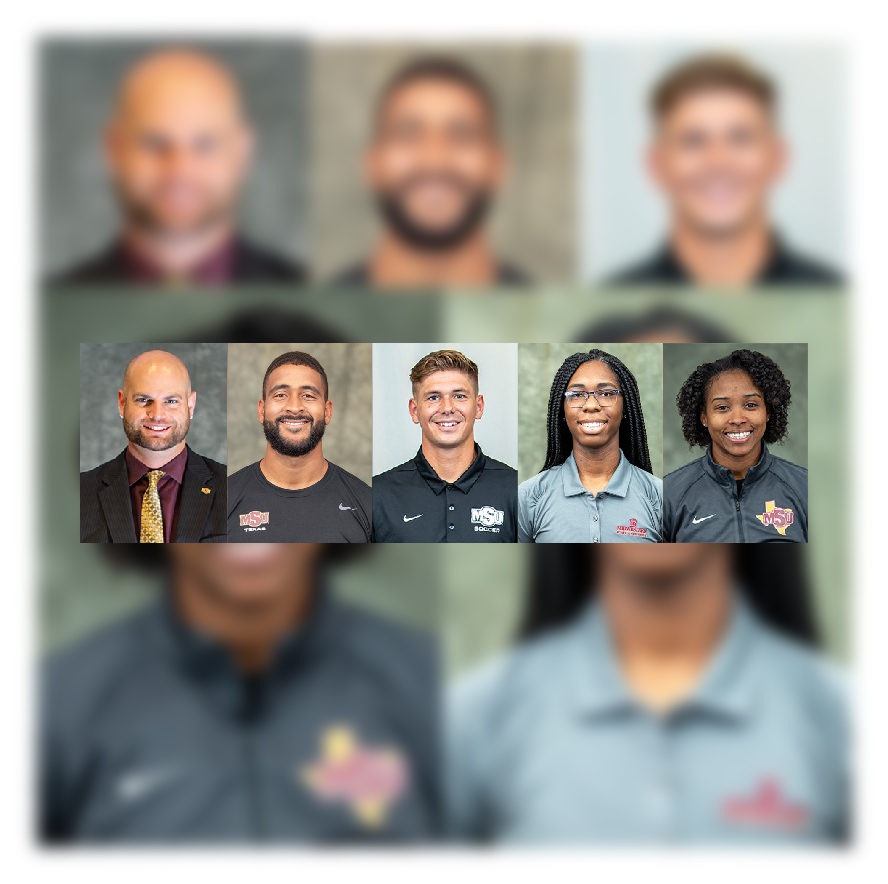 Len Smith, joining as an assistant coach for men’s soccer, returns to the Mustang’s field after playing on it as a forward from 2013 to 2014. After graduating in 2015 with a degree in Business Administration, he continued to keep soccer in his life by creating Falls Town FC with Andrew Power, another former MSU soccer player.

Smith still coaches four teams from Falls Town FC but decided to come back to coach at MSU while also taking classes to receive his Masters in Sports Administration. He says that coaching is what he wants to do with his life and even left his job in Dallas to return to his alma mater

Smith describes his coaching philosophy as, “having fun while also maintaining discipline; a team needs to be well organized.”

While playing for the Mustangs, Smith scored 26 goals and five assists and played for teams that reached the NCAA Division II region semifinal and final each. His goal tally is tied for 18th best in school history.

Alongside Smith will be Patrick Fitzgerald, also a former MSU player coming back as an assistant coach.

Fitzgerald played for MSU up until last season when he graduated in the spring of 2020 with a degree in kinesiology. He’s returned to the field in a new role, ready for the season after much organizing and paperwork over the break.

Fitzgerald scored seven goals and started every match in the 2017 season that saw the Mustangs win the Lone Star Conference tournament and reach the NCAA Division II quarterfinals.

Fitzgerald is originally from Ireland and has been playing since before he moved to the United States. Despite his playing success both in Ireland and in the states, he describes his proudest moment as something aside from his athletic career.

“My proudest moment is probably graduating or walking across the field with my mother,” Fitzpatrick said.

Fitzgerald said he didn’t necessarily have a coaching philosophy, but he believes that in a winning team, “everybody plays into the family aspect” of the team.

Recently, Fitzgerald has fostered a dog named Bruno, who would get along well with Lakota, the four-year-old pit-husky mix of Sadé Boswell, who will be joining MSU as the women’s assistant coach for soccer.

Boswell played soccer at, and graduated from, Northeastern State University in 2012 with a degree in Physical Education and her Masters in Educational Administration in 2015.

“What brought me to MSU is the history and reputation of the soccer programs here,” Boswell said. “As well as the overall feeling I experienced when I visited the campus during my interview from the staff to the atmosphere.”

Her proudest moment so far has been seeing those she coached accomplishing and living out their lives in meaningful ways.

Boswell describes her coaching philosophy as “develop not only a dedicated, hardworking, talented athlete to the field but also someone who can contribute to wherever they go and wherever they do in a positive way.”

Dianna Jones is returning to MSU as the new assistant coach for women’s basketball. She played for Midwestern State from 2011 through 2015 and graduated with a degree in Sports and Leisure studies.

After graduation, from 2016 through 2018, Jones played basketball in Egypt, Mexico, and El Salvador before graduating with a Masters in Sports Administration in 2018.

She also was an assistant coach at Temple College last season before returning to the Mustang family.

“Coach Reay recruited me in high school, and I played for him at MSU, and he wanted me to be a part of his staff,” Jones said. “I was and still am honored that he thought of me and it just feels right to be back at home.”

Jones’s proudest moment is being the first to graduate with her masters from a single-parent home.

Jones may also be found teaching archery on campus, thanks to Coach J who taught her throughout her time at MSU.

On the court with her will be Christopher Reay, moving up from assistant coach to head coach for women’s basketball.

Reay played for Midwestern State from 2005 to 2008, after playing for the Mustangs of Southern Methodist University the season before, and has received his bachelor’s degree in Social Sciences and his Masters in Education.

A 6’9 post player, Reay averaged six points, seven rebounds and a block a game for MSU. He also started 28 games for the 2006-2007 squad that had a .744 winning percentage and was crowned conference champions.

For three seasons after graduating, Reay played basketball for the Manawatu Jets in New Zealand, where he was a double-double threat and shot-blocker, but says Wichita Falls has always been home.

“I never really left,” Reay said. “Wichita was my home base for the offseason. I’d spend five months in New Zealand, and then seven months here.”

Entering his eleventh season at Midwestern State, Reay says he has a lot to be proud of, including winning the conference title in 2013.

Under the tutelage of Coach Noel Johnson, who passed away earlier this year, Reay and the Mustangs posted a winning percentage of .520 over the last 10 seasons with 145 wins and three NCAA Division II postseason berths.

“I think I’m most proud of watching the girls graduate and all the time I was able to spend with Coach J,” Reay said.