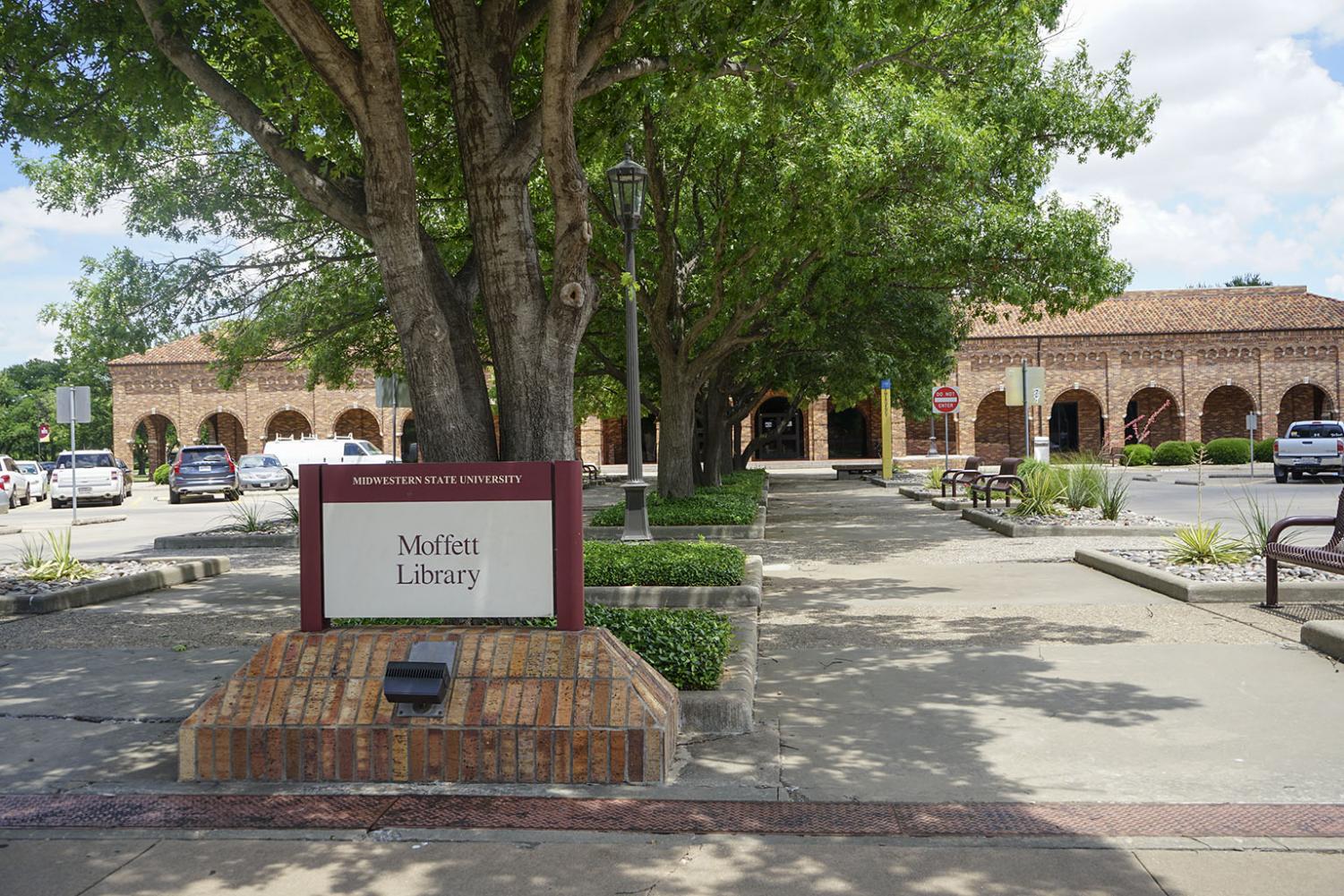 Moffett Library was under construction during the entire Spring 2020 semester. Up until March 23, students have only had access to the second and third floors, now students have access to all the floors at the library again and are able to enjoy the new and improved library.

“We are planning on April 7 doing an open house; it’ll actually be finished by the end of March,” Clara Latham, university librarian, said earlier in the year.

According to Latham, the construction was ahead of schedule, and the set date was the final date. Once opened, students were able to enjoy the changes that made the space more inviting.

The renovations have been subtle but are expected to have a big impact on the students’ study environment.

“We added a couple of study pods like what is on the second floor, so the students can gather. We made an effort to move stacks away from them, so there are seating areas for students to study near windows instead of looking at a blank wall,” Owen said.

Students now have more open areas to study in and focus on. These changes have not gone unnoticed by students.

“Yes, I think [the renovations are] making a change. The new study rooms are really nice, and they’re a nice place I can go with my friends to study, get more done,” Celeste Riveros, nursing sophomore, said.

The changes have been noticed by students and have been receiving positive feedback.

“I go to the library four times a week,” Joanna Torres, accounting sophomore, said.  “I think it looks nice; I like the way they have the study rooms because it gives you your own space so you can study.”

Students now enjoy the new changes done to the library, which is possible with the money they paid for tuition. Many of the things added to the library are expensive, such as the furniture that Owen said was almost $400,000.

“I think [our money is] going towards a good cause,” Riveros said.

A concern during construction was if the extended date was costing the university extra, but Owen reassured that the extended time under construction did not cost more money due to the contractors progressing well with the new date.

Another change made within the library has been moving the special collection department to one area.

“We’ve actually moved across the building. We were on the other side of the floor and moved over so now our space is bigger and we can have all of our collection together, before it was in three separate rooms, so it was real spread out,” Rachel Stokes, library assistant of the special collection, said. “It is easier for us to get the items that students are looking for because we don’t have to go from room to room looking for things, and it’s all just gathered together so students can see how large our collection actually is.”

There are many things for students to enjoy with the whole library open including the fact that students now have more space to study.

“We want[ed] it to be inviting but also comforting,” Latham said.

The library is designed to create a comforting study environment. Students are already noticing these new changes and taking advantage of all the resources offered by the library.

“Yea [it is comfortable] because the chairs, they’re pretty comfy…and the desks are [a] pretty good size. Then inside the study rooms, they have the boards you can write stuff [on] and you can check out markers so I think that’s pretty cool, I like it,” Torres said.

Full access to the library was long-awaited and by the end of the spring semester even after the campus closing, it was possible. Students can take full advantage of the entire library.

“We work[ed] diligently, trying to finish it up. I think [students] will be pleased, it looks a lot better than it used to,” Owen said.