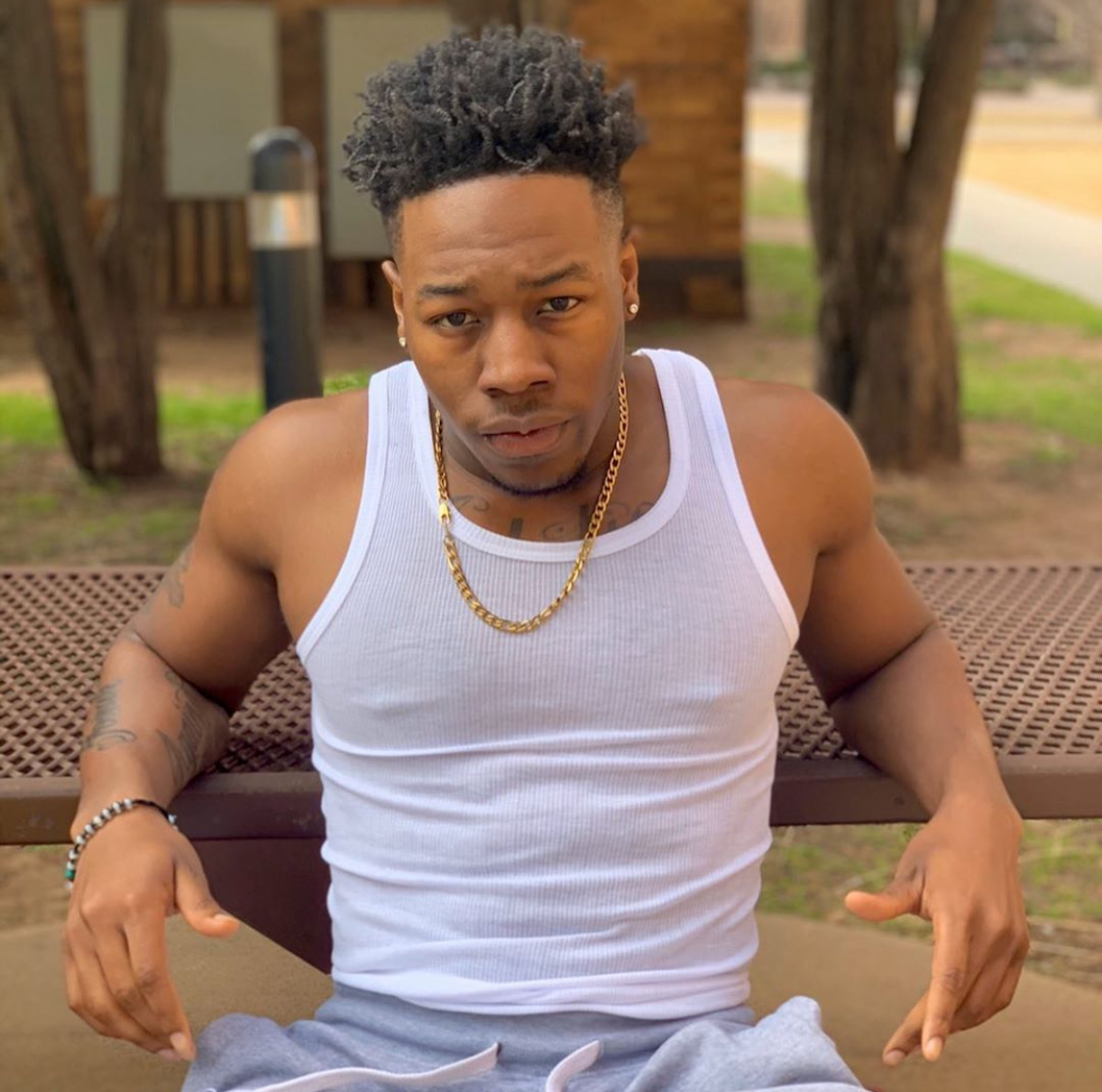 A day in the life: Samuel Frederick

Most students spend their free time hanging out with friends or binging Netflix, but Mass Communication Senior Samuel Frederick spends his free time creating his own music. With the passion for music and the motivation to be different from other rappers, he has already released three albums this year on Spotify.

“It’s just a passion of mine — I use it as an outlet. I mean, I personally don’t do drugs or drink so music is somewhat a coping mechanism for me. When I want to release things or express myself, I tend to put it in the music, and I have always tried to sound different than most stereotypical rap artists nowadays,” Frederick said.

Frederick started his college years playing football as a wide receiver but soon came to figure out that his heart wasn’t on the field rather in the art of creating music.

“Football taught me to always have fun with what I’m doing. The moment it becomes more of a job and a hassle and it starts affecting your emotions negatively, you should reevaluate it or just stop,” Frederick said.

Known as “Josiah” in the music industry, his albums have attracted listeners from more than 350 cities across the nation including Los Angeles and New York. He strives to be different by cultivating value into each of his lyrics.

“Well, most artists nowadays tend to have the same generic message with a lot of the same characteristics — money, drugs, sex and violence. I try to rap more about things that are relatable because I feel like it creates more value. Instead of following the trend of what sounds ‘hot’ or whatever, I more so just say whatever is in my heart at the time. One of my favorite quotes is ‘Only real music is gonna last, all that other bullshit is here today and gone tomorrow,’ by Jimmy Smith,” Frederick said.

Frederick gives credit to rapper J. Cole for his poetic lyrics. After he was introduced to his music in high school, Frederick has been a fan ever since.

“He’s very relatable and in some songs, it’s almost like you’re learning from it. Like some lines have hidden gems in them. I like it when you hear a song and it gives you insight and can apply to real life. Then the fact he actually raps in a more traditional style, no autotune or like rap-singing, and 9/10 his lyrics are meaningful,” Frederick said.

Like J. Cole, Frederick uses his real-life experiences in his songs. He learned to open up to and try to connect with his listeners.

“Sometimes, I use my real-life experience to inspire a song. This song called ‘Crazy’ and ‘Her Letter’ are pretty deep. Basically written about girls, I kind of go into what it’s like to be heartbroken or a song like ‘Rain’ which is not too deep but more so a vibe type song. But you would have to listen to ‘Her Letter’ to get the full picture — you might cry. Seriously, I used to be shy about opening up, but then I realized that’s what makes good music. Nobody is going to judge the artist off the things they say because a lot of people can relate to whatever the topic is. So, if you make a song about heartbreak, yes, you may be talking about one specific person, but we all know as listeners, you just replace the name with the person you may know, or feel a way about,” Frederick said.

Over a thousand listeners demanding for his new albums, Frederick has never stepped into a studio. He records all his music in his car with GarageBand.

“I never been to a studio or anything, I just make sure it’s quiet, car off, windows up, and mainly at night so there is no extra noise whatsoever,” Frederick said.

Frederick is set to graduate in Fall 2020 and plans to continue to expand his music career.

“Well, I’m set to graduate this fall, so I’m hoping to use my degree to get a job with a steady source of income. I really don’t care what I’m doing because mass communication is not my passion. I also just started trading forex which is also looking really good for me money wise. I want to put the extra money I have into music as well in order to gain more exposure down the road. It’s really hard to be successful in music unless you invest in yourself, promotions, playlisting, videos and things like that,” Frederick said.

Frederick plans to release a music video for “Rain” in the summer.

“I haven’t considered doing any live performances, but the music video to ‘Rain’ is definitely coming this summer along with a couple of others,” Frederick said.

Frederick’s music is available on Spotify, Apple Music and YouTube as “Josiah.”