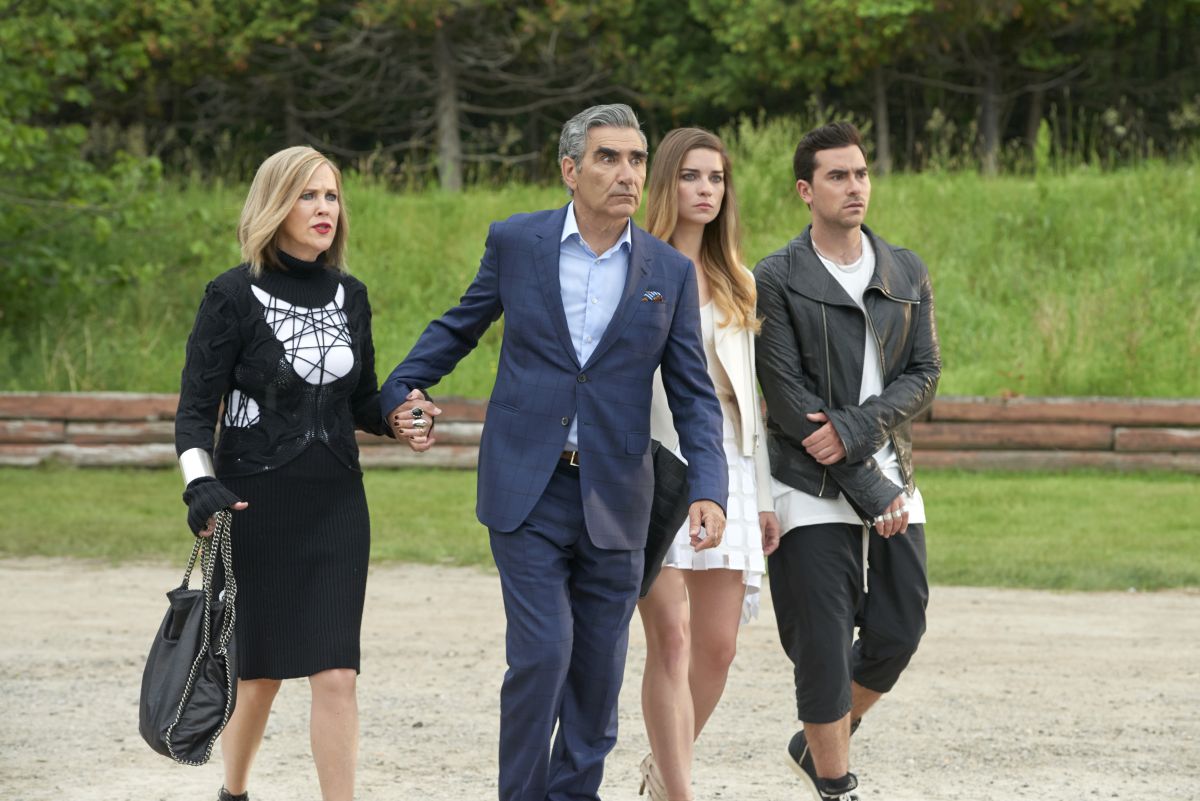 Picture this: the Kardashians have suddenly lost all of their money and are forced to live in a backwater white-trash town. Sounds like a hilarious train wreck you’d want to watch, right? Well, that’s essentially the plot of Schitt’s Creek.

Schitt’s Creek follows the fabulously wealthy, entitled and eccentric Rose family after a financial advisor robs them of almost all their assets and money, and they are forced to move to the town of Schitt’s Creek that Mr. Rose bought his son as a joke. While at the beginning of the series, the Rose family desperately tries to find a way out they slowly adapt to the small town around them and grow closer to the town’s folk around them.

The series is entirely built around it’s incredibly, hilarious and talented cast. Eugene Levy (the dad from American Pie) plays Johnny Rose, the patriarch of the Rose family and the emotional/moral backbone of the family (although he’s not above a meltdown of his own). Levy’s son, Dan, plays the initially obnoxious but later loveable son David Rose. Annie Murphy is the shows breakout star as she perfectly plays the daughter Alexis’ growth from boy-obsessed brat to independent businesswoman. But it’s acclaimed actress Catherine O’Hara who steals the show as Moira Rose, eccentric former actress and owner of the most unique, pompous dialect you’ve ever heard.

Schitt’s Creek is at its core a comedy, and a truly hilarious one at that, but what makes this show so great is the character development of the cast that leads to tender moments. Johnny’s relationships with the hick town mayor Roland Schitt and the motel worker Stevie (my favorite character) are particularly great. Schitt’s Creek is also one of the only shows I’ve seen that openly displays sexuality in a setting without homophobia. Openly gay star and show creator Dan Levy said he wanted to avoid LGBTQ tragedy tropes that dominate most shows with gay characters.

I’ll leave this by saying that Schitt’s Creek is easily the most unique show I’ve ever watched. From the cinematography to the pacing to the character development and the care and detail put into minor characters, there’s not another show like it. However slow the first episodes may be, it is incredibly worth it to keep watching.