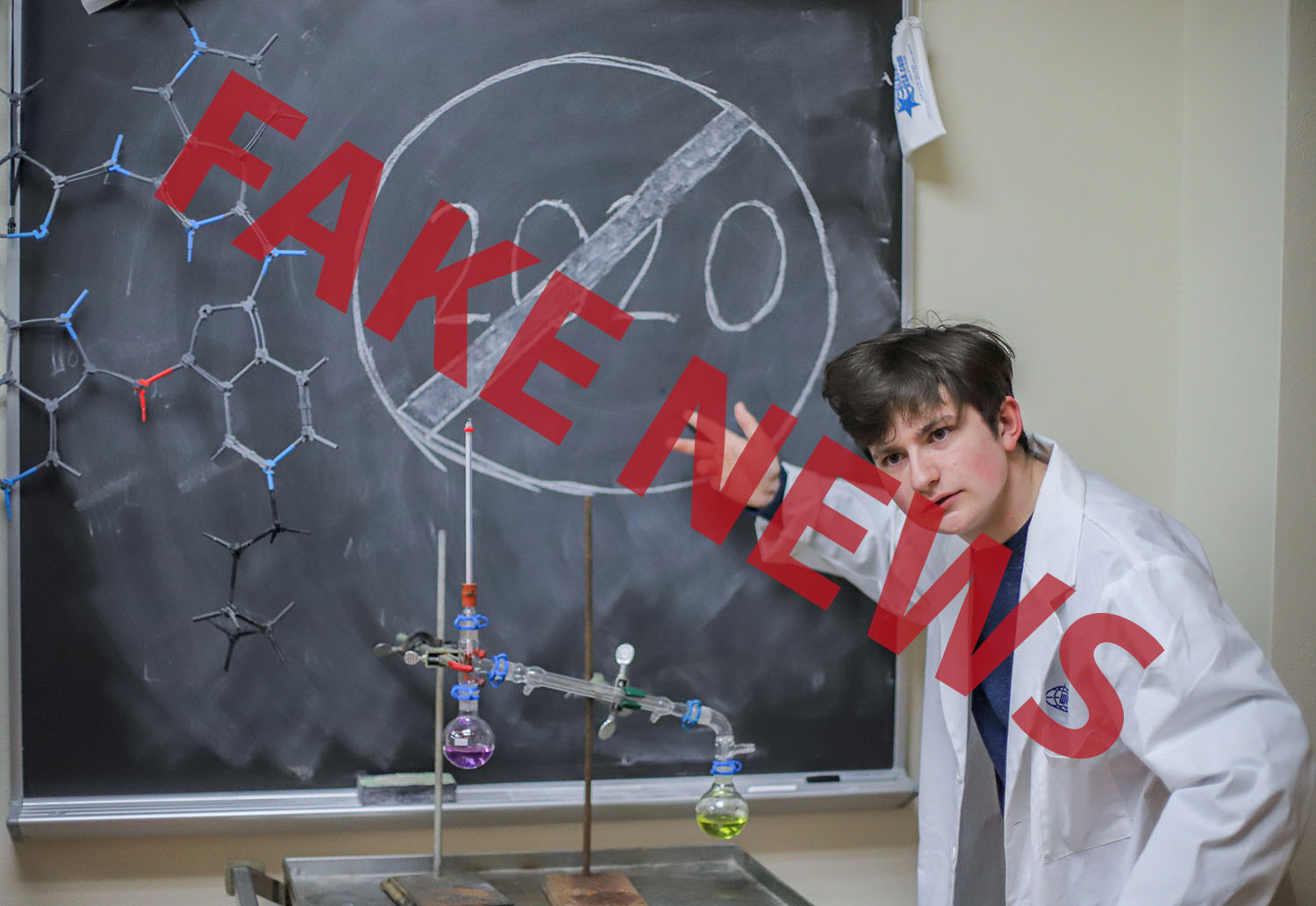 UN Secretary of Painic John P. Cross expands on cancelling 2020. Thank you to Chemistry Chair Christopher Hansen for the added props for this photograph. March. 3.

The Wichitan apologizes for fake news

The Wichitan would like to apologize sincerely and profusely for the spreading of the “fake news” in this article: UN declares 2020 over. In this article we reported that March would mark the start of 2021, but as we enter the heart of April it has become painfully obvious that 2020 is still here.

“We were going to cancel 2020, but the next day Joe Biden came out of his bunker and saw his shadow, giving us six more weeks of 2020,” Dr. John P. Cross, UN secretary of panic, announced. “Then he kept forgetting he went outside and saw his shadow about six more times, so there’s no telling how long this year will be.”

Since the original announcement of 2020’s cancellation, COVID-19 has infected nearly two million people worldwide, all professional sports leagues in the US have been shut down, the Prime Minister of the UK caught COVID-19, all restaurants, schools and most public places have been shut down and President Donald Trump even shut down some of his golf courses.

“When the American president stopped golfing every weekend, we knew we were [explicitly] out of luck,” Clive Pemberton, UN representative from the UK, said. “We were more worried when that happened than when our prime minister got the virus.”

Students at MSU were not pleased when they realized The Wichitan had given them false hope.

“Not cool bro. The Wichi-whatever said this 2020 crap would be over with by now,” Chad Chadman, alcohology senior, said. “I thought I was gonna get back to drinking ‘ronas with the boys, but now we’re having to stay inside so we don’t catch the ‘rona.”

While The Wichitan works tirelessly to make sure errors like this never occur again, the United Nations has come up with a new strategy to take on 2020.

“Everyone here at the United Nations has put on our tin foil hats, and we are now waiting patiently for our alien overlords to come and enslave us,” Gregory Worthless, UN secretary of alien affairs, said. “At this point we feel like that’s a better alternative than whatever’s happening right now.”

One Response to “The Wichitan apologizes for fake news”