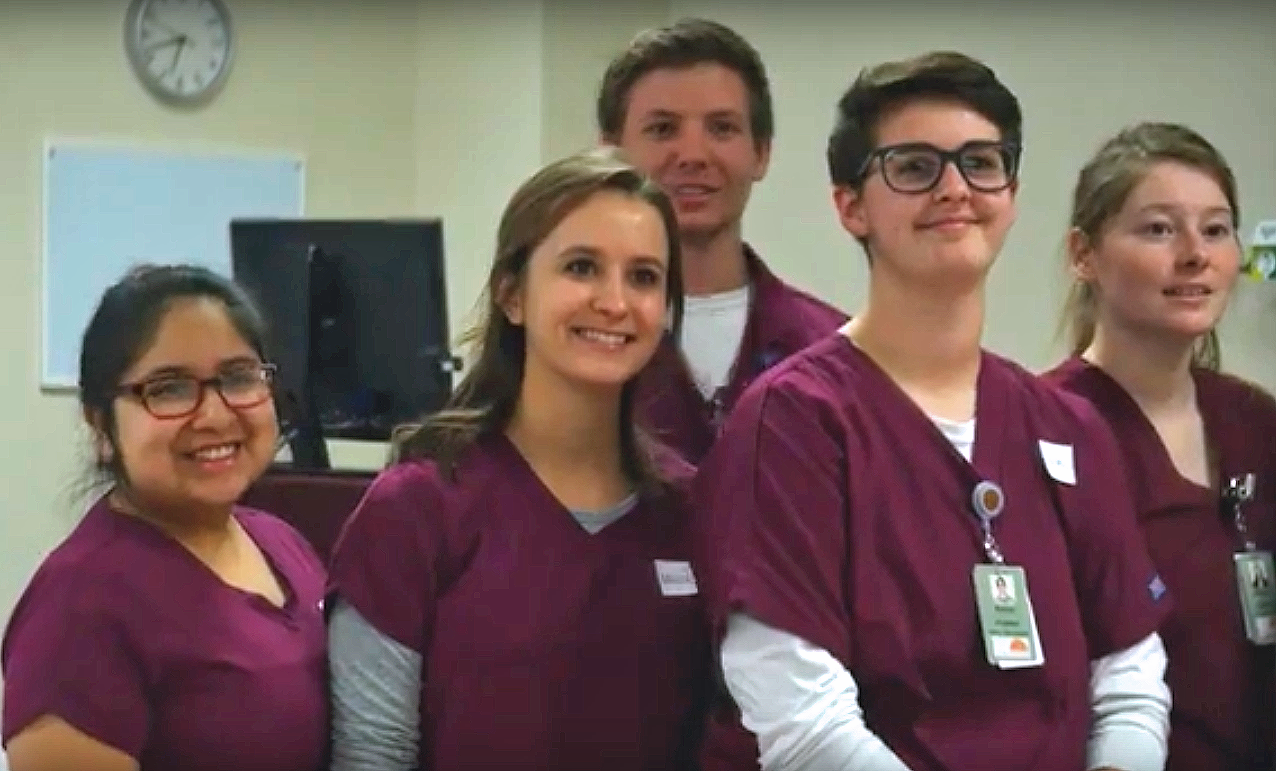 With the increased caution amid the COVID-19 pandemic, Gov. Greg Abbott issued an executive order to waive to allow students in their final year of nursing school to meet their clinical objectives by exceeding the 50% limit on simulated experiences. Following this order, Midwestern State University President Suzanne Shipley sent a Postmaster to students, faculty and staff on March 23 to announce the continuation of online learning for the remainder of the semester.

According to Robin Lockhart, interim nursing chair and assistant professor, students previously had a cap of 50% of their clinical hours being virtual but, due to the international crisis and Abbott’s efforts to expand the nursing workforce, limitations have been changed for certain students.

“It’s specifically because of COVID-19,” Lockhart said. “Before COVID-19, the Board of Nursing [conducted] a huge, national research study, and the Board of Nursing had reviewed that and set the cap of up to 50% of the clinicals to be done through some form of simulation. The governor has now encouraged the board to allow over 50% for any students who are completing their last year.”

Lockhart said this change makes no difference in the preparedness of students in the continuation of their education and advancement into their careers.

“I don’t think that [this change] will mean that [students] are any less prepared at all,” Lockhart said. “I think the biggest change for them will be they’re feeling that uncertainty. They’re feeling the uncertainty of the new format because they’ve not been doing over 50% virtual. Although we’ve been doing some virtual simulation type of clinicals, [the change is] going to increase their anxiety a little bit, but I don’t think it’ll affect their overall ability to graduate or their ability to get jobs and move into the practice.”

Lockhart teaches the final nursing class required at MSU, and there aren’t many options in order for students to meet the requirements needed for graduation other than virtual simulations.

“Our clinical agencies are not allowing us to bring students,” Lockhart said. “The students graduating in May have already finished half of their clinicals, so they have already done half of their face-to-face clinicals. In fact, we’re only missing three 12-hour shifts. Each one of them would have only had [those] shifts left in their program. [For them], we’re just changing those shifts into virtual [ones]. I don’t think that’s going to affect anything as far as their preparedness and preparation are concerned.”

Additionally, new opportunities are in line for students who are completing clinical hours virtually.

“The opportunities are actually more robust because we can direct them to problems that are more relevant right now,” she said. “For example, COVID-19 and some of the issues they are dealing within health care. We can give them a learning activity by virtual simulation about that exact scenario.”

Although students have expressed some anxieties about these changes to Lockhart, she said she hasn’t experienced any student not wanting to complete the requirements virtually and would rather complete them face-to-face.

“I haven’t heard from any who have specifically stated that [they wanted to complete their hours face-to-face],” Lockhart said. “Early on, before we actually went on spring break, there were some who were saying, ‘We’re moving into the profession, we’d like to go ahead and continue to do face-to-face so that we can get the real-life experience.’ What has happened since that time—I haven’t had any say that they want to go into the health care field right now. I think a lot of it has to do with the shortages of the PPE (personal protection equipment). There’ve been huge shortages nation-wide.”

Lockhart said the students are expressing concern about how the assignments will be as opposed to a concern of preparedness and not being able to complete their clinicals face-to-face.

Jalen Davis, nursing senior, said he doesn’t think virtual simulation clinicals will affect his preparedness once going into the workforce.

“The amount of virtual hours we’re allowed to have has been increased by the governor,” Davis said. “Hands-on clinicals are the best way to practice skills, but the faculty are preparing ways to ensure we [are] still learning what’s needed. I wouldn’t be surprised if those assignments relate to COVID-19. I don’t think it will affect my preparedness since you still receive training before you begin [the] practice.”

Davis was an on-campus resident, but when the World Health Organization declared the outbreak a pandemic, he gathered his belongings.

“I went ahead and guessed things were about to change,” Davis said. “I live on campus, so I took all the stuff I would want to have with me before spring break just in case we weren’t allowed back into the residence halls.”

As a planned May graduate, Davis said commencement being pushed back makes graduating college is not what she thought it would be.

“It’s bittersweet,” Davis said. “I am graduating in May so not having commencement definitely changes the experience of graduating college, but I’m also excited to complete my degree.”