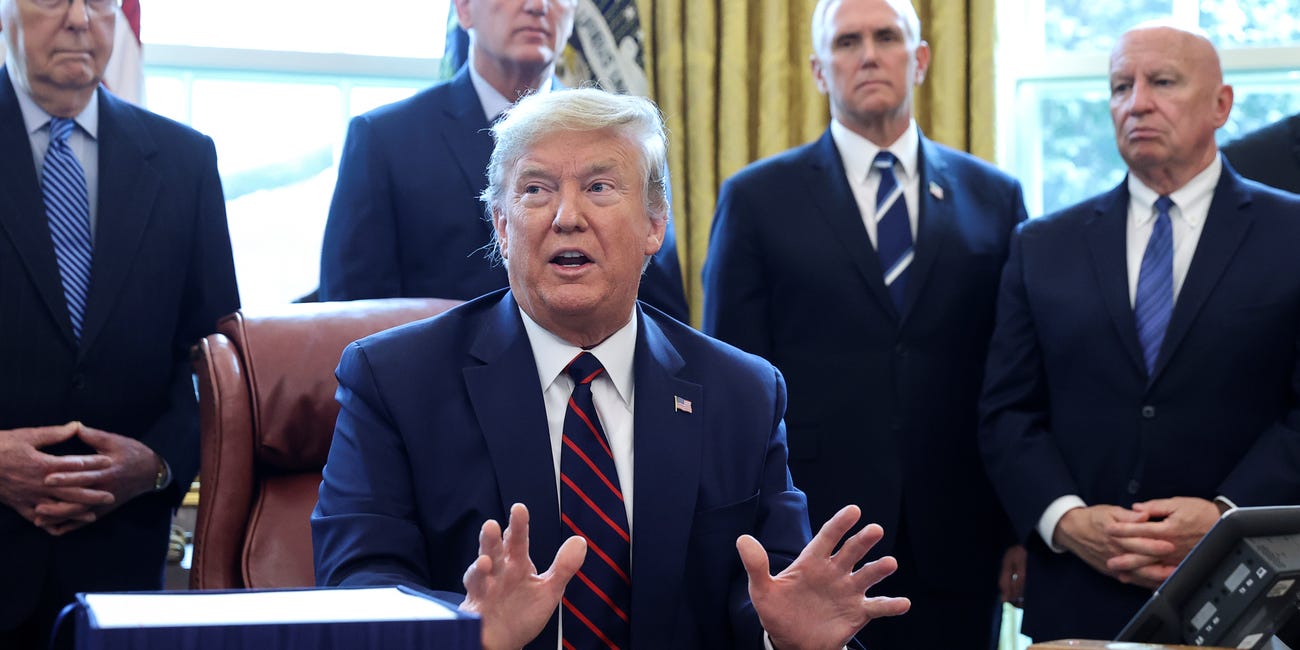 “I signed the single biggest economic relief package in American history. This will deliver urgently needed relief to our nation’s families, workers and businesses, and that’s what this is all about,” Trump said.

Thomas Massie, Kentucky representative, caught national backlash from both parties as well as President Trump when he attempted to stall the passage of the bill. His call for a “yes” and “no” vote was denied as it would have forced the members of congress to come closer together and potentially risk spreading COVID-19. Proponents of the bill also said Masse would have delayed millions of Americans from receiving their payments.

“Are they afraid of the truth? I’ve been told that they don’t even have 1 minute available for me to speak against this bill during the 4 hour debate. The fix is in. If this bill is so great for America, why not allow a vote on it? Why not have a real debate?” Massie wrote afterwards on twitter.

Single adults, who are not listed as anyone’s dependent, with Social Security numbers who are US residents and have an annual income of $75,000 and married couples who have a combined income of $150,000 or less will receive $1,200 each. Households will receive an additional $500 for every child under 17 years old.

For students, the direct payment mostly affects upperclassmen as many freshmen and sophomores are still listed as dependents of their parents. However, the bill affects all student’s job security and potential pay.

The bill recently signed into law greatly expanded unemployment benefits. Those who qualify will now be awarded whatever their state normally pays for unemployment plus an additional $600 every week. If you lost your job or had your hours severely cut, you can file for unemployment and should do so as soon as possible for the best chance at receiving full benefits. The bill also created the temporary Pandemic Unemployment Assistance program through the end of this year to help people who are self-employed and wouldn’t usually be able to file for unemployment.

The bill also rewards companies who don’t fire their employees, increasing job security even in college students. An estimated $50 billion dollars will be provided to companies that retain employees on payroll and cover 50% of workers’ paychecks.

Small businesses that have been hit hardest by COVID-19 will receive $377 billion in federally guaranteed loans to small businesses. The government has also established a $500 billion government lending program for distressed companies reeling from the virus. Additionally, $1oo billion dollars will be sent to hospitals who are fighting the virus on the front lines.

“What the Congress cannot do is implement these well-constructed programs, so now it’s up to President Trump to execute them quickly, effectively, and in the manner in which they were drafted—to help the American people,” Chuck Schumer, senate minority leader, said. “We ensured that the federal government has the resources and tools they need to make it happen, and we will be watching President Trump minute by minute to make sure he and his administration do it right.”