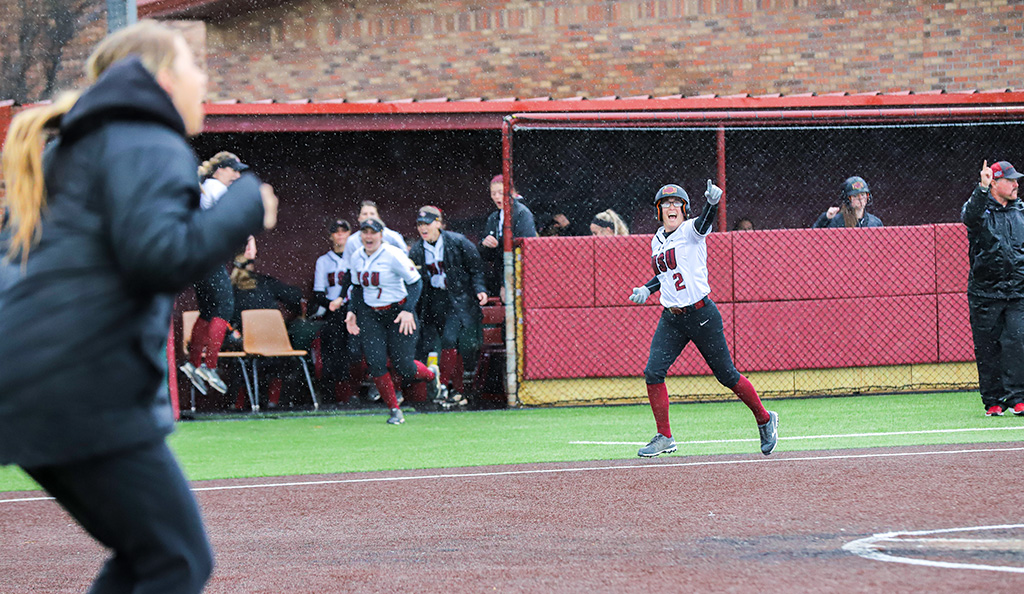 Business sophomore and inside fielder Brook Taylor points to special education senior and outside fielder Lauren Lindgren after she hits a home run, allowing Taylor to get a run on the board against UT Tyler. March 8. (Bridget Reilly) 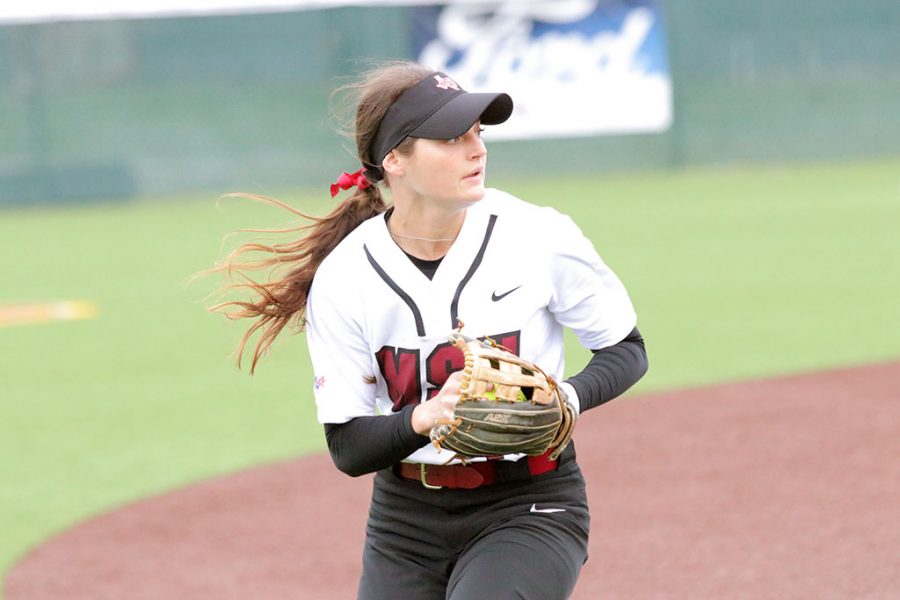