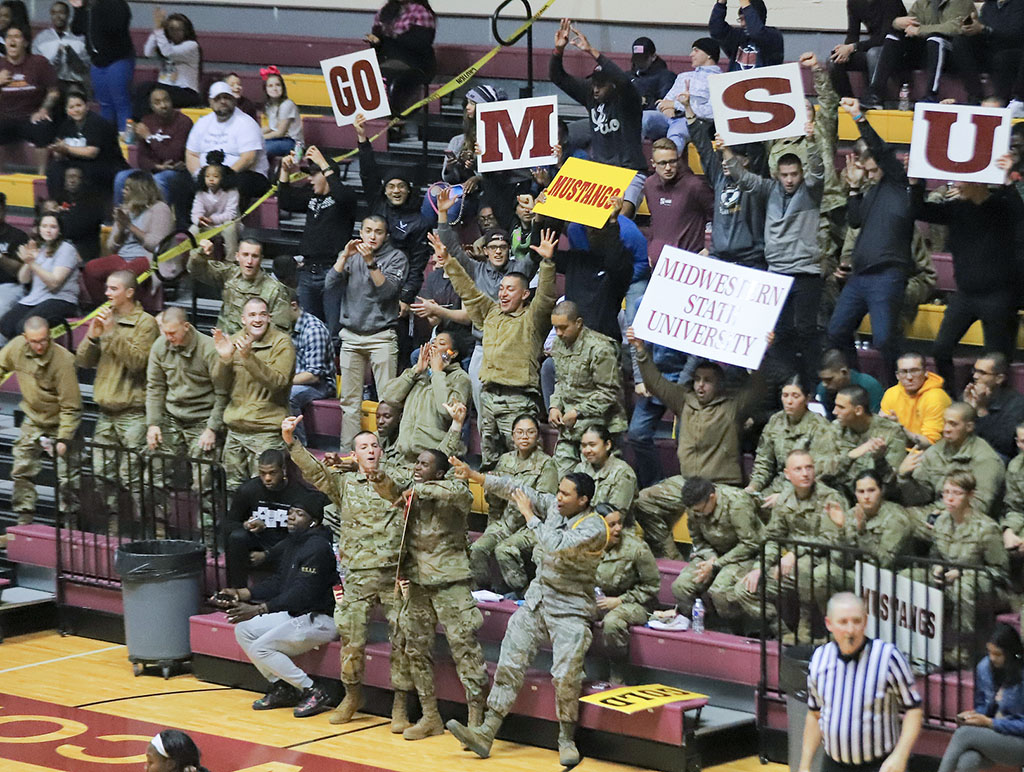 More than a game

Women’s basketball broke their losing streak in a nail biter 64-60 win over the University of Texas-Tyler Patriots Saturday, Feb. 15 at 2 p.m. in the Dome.

The women’s team faced more than the Patriots this week as Head Coach Noel Johnson stepped away to continue her battle against ovarian cancer. Elizabeth Cathcart (No. 43), forward and marketing senior, leads the team in scoring on the court and also leads the team off the court in Johnson’s absence.

“It sucks that she doesn’t get to be with us, and it’s definitely not a situation that anyone would want, but her health comes first. That’s the biggest and most important fight for us. Despite the situation, you have to keep showing up and doing what you’re supposed to do. [Our] motivation has always been to play for Midwestern and for your coaches,” Cathcart said.

Mica Schneider (No. 4), guard and business finance senior, received Lonestar Conference Offensive Player of the Week by consistently putting up high scoring totals throughout the week, including her 25-point outburst on Saturday. Along with high expectations for herself, she also has high expectations for the team.

“LSC tournament is in mind but one game at a time. We have two tough opponents next week that we lost to on the road, so we want to get revenge on that, and if we take care of business next week we should see that outlook in that tournament,” Schneider said.

Assistant Coach Christopher Reay took control of the team while Johnson recovers, and he has only one goal in mind.

“Have fun, fight every possession and win for Coach J,” Reay said.

The Mustangs will take on Arkansas Fort Smith Thursday at 5:30 p.m. in the D.L. Ligon Coliseum.