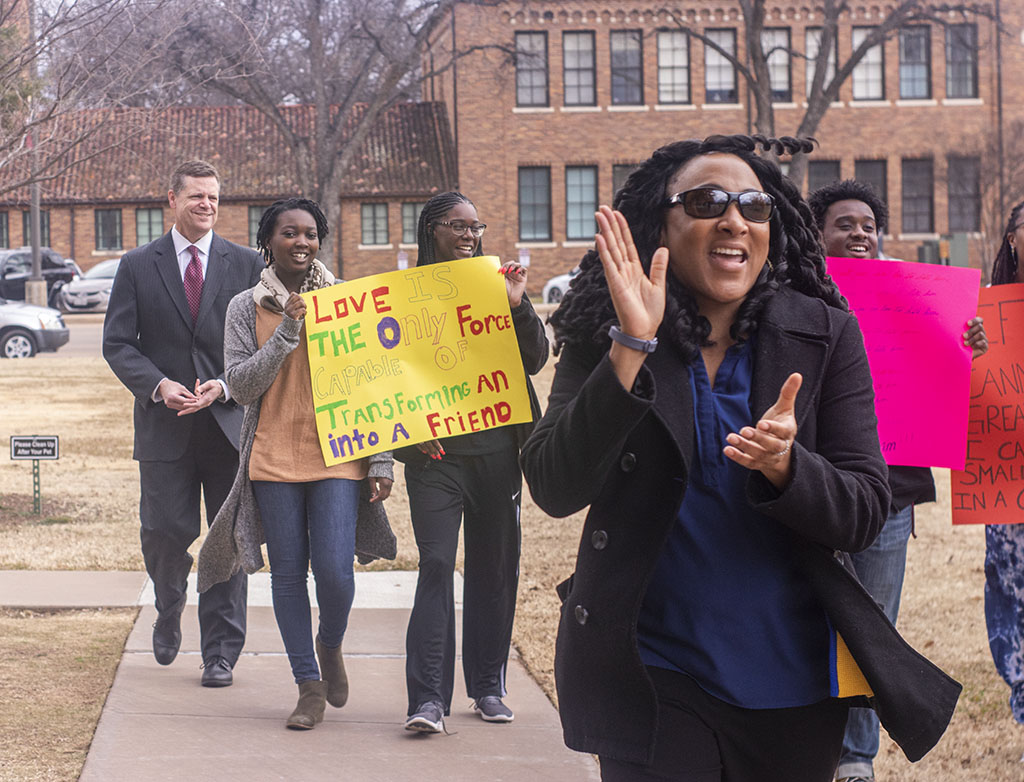 Midwestern State is still searching for a new Director of the MOSAIC Cross-Cultural Center (formerly the Director of Equity, Inclusion and Multicultural Affairs) after Dr. Syreeta Greene’s departure.

Dr. Greene moved on to become the Dean of Students at the Charles R. Drew University of Medicine and Science in Los Angeles, California in the fall of 2019, and the role has been filled in an interim capacity since then.

“Syreeta was very confident and very good at what she did. She laid an outstanding foundation for MOSAIC,” Keith Lamb, vice president for student affairs, said. “I don’t know if [her leaving] was a shock because with her abilities, she was certainly going to progress in her career at some point— and she did.”

The role of the director is to oversee the Cross-Cultural Center, temporarily located in the southwest corner of Beawood, and to promote equity and inclusion on MSU’s diverse campus through a variety of projects and programs. Some programs and initiatives include the Men of Color Alliance initiative, Students Taking Action in the Name of Diversity councils and the Women in Support and Empowerment program. Both the director and the center will most likely be relocated to the Clark Student Center in Fall 2021 so that the position can serve students in a more central location.

“The MOSAIC Cross-Cultural Center is really envisioned to be a place that is a safe space for everyone and to give programs and opportunities to help advance as an inclusive campus,” Lamb said.

Marcus Jones has been serving as interim director since Greene’s departure while maintaining his full-time job as Director of the Wesley Foundation of Wichita Falls. Jones was very involved with Dr. Greene and MOSAIC, so he was already knowledgeable about the program. Jones has yet to publicly state whether or not he will apply to keep the position, but he is considered by Dr. Lamb to be a great long-term fit for the role if he does apply.

“When [Greene] left, he was gracious enough, because he had a fairly good working knowledge of the MOSAIC Cross-Cultural Center, to step in and help us continue with the program,” Lamb said.

The search for the new director is set to begin on the first of March and extend throughout the middle of spring. Midwestern State’s goal is to have hired a new director by the end of the Spring 2020 semester so that students will have consistency in that position in the Fall 2021 semester and onwards.

“In higher education, spring is always the best time to advertise positions, because that’s typically when candidates are looking for jobs, so you usually get a little deeper applicant pool,” Lamb said. “I don’t think it’s a stretch to try and have someone on board [between the] end of April [and] first of May.”