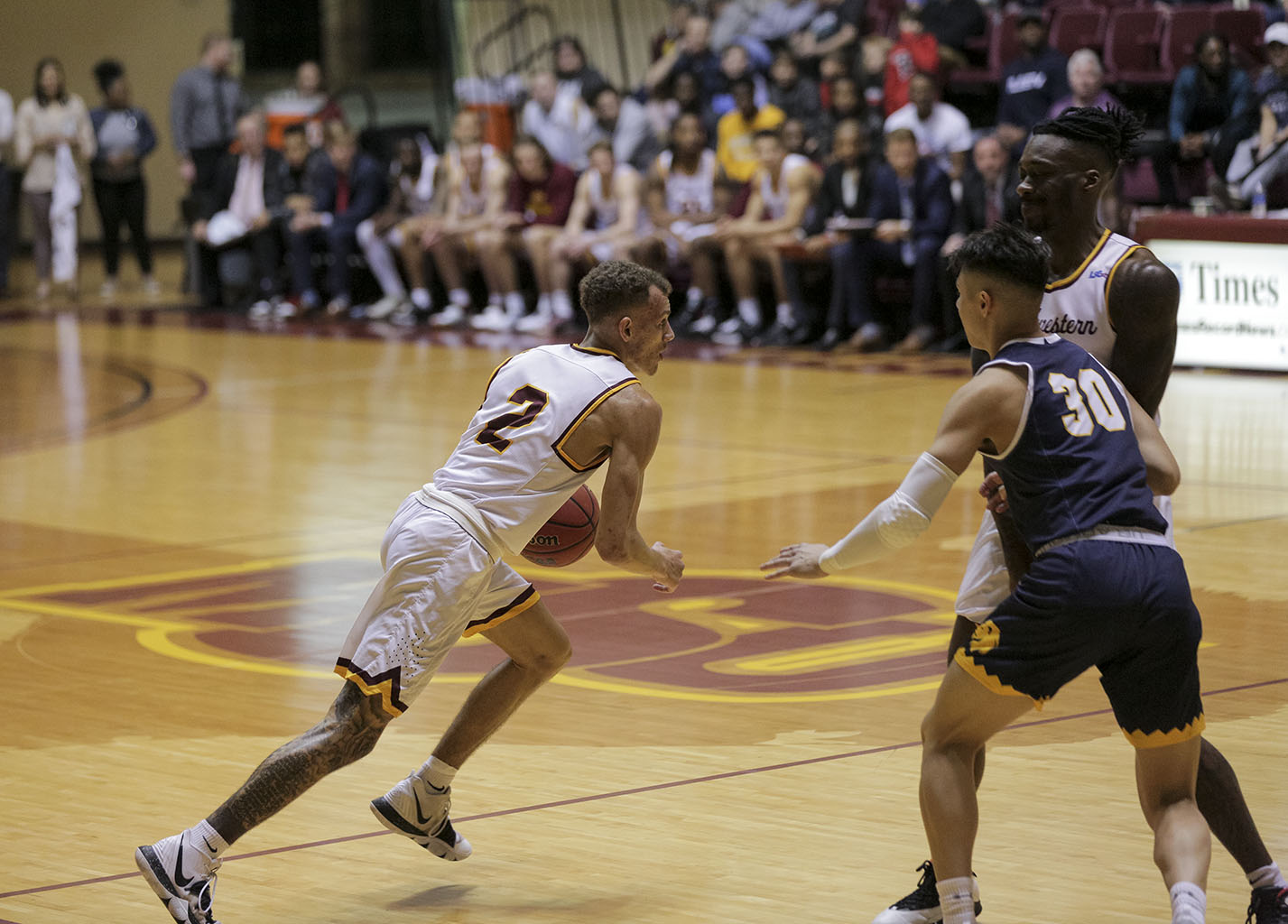 Jones’ career-night not enough against Commerce

Jones posted his first career double-double with 20 points and 10 rebounds in the loss. The sharpshooter’s six three-pointers and seven made field-goals were also a career-best, and his 14 first-half points helped the ‘Stangs stay within three points of the Lions going into the second half.

“Well firstly, my teammates, just wanted to give credit to those dudes. We worked on it all week in practice. I’m just shooting it with confidence when they pass to me,” Jones said.

The game was tightly contested most of the night with the score being tied three times and the lead changing four times. D’monta Harris (No. 13), forward and senior, scored 15 of his 18 points in the second half to help the team come back from deficits as big as seven points before finally falling.

“They switched their lineups to bring the 6’9 guys in. Second half, they made that run [when they] blocked two of our shots. Then they were able to get the and-one on the other end to go up seven, but then we were able to come back and tie the game when they still had their small lineup in there. It was once they put that bigger lineup back in that we just struggled to get rebounds, and we struggled to get points at the rim,” Justin Leslie, head men’s basketball coach, said.

“Defensively, we got to turn the pressure up. We got to crash the boards. We got to get offensive rebounds so that we can get double-chances and not just our opponents,” Jones said.

The ‘Stangs will look to bounce back at home against UT Tyler Saturday, Feb. 15 at 4 p.m. 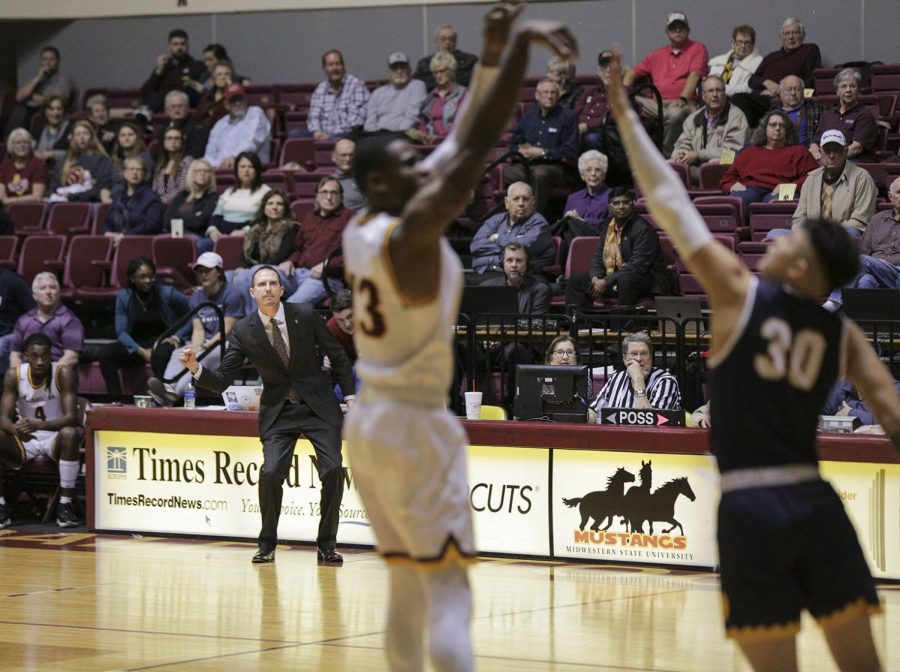