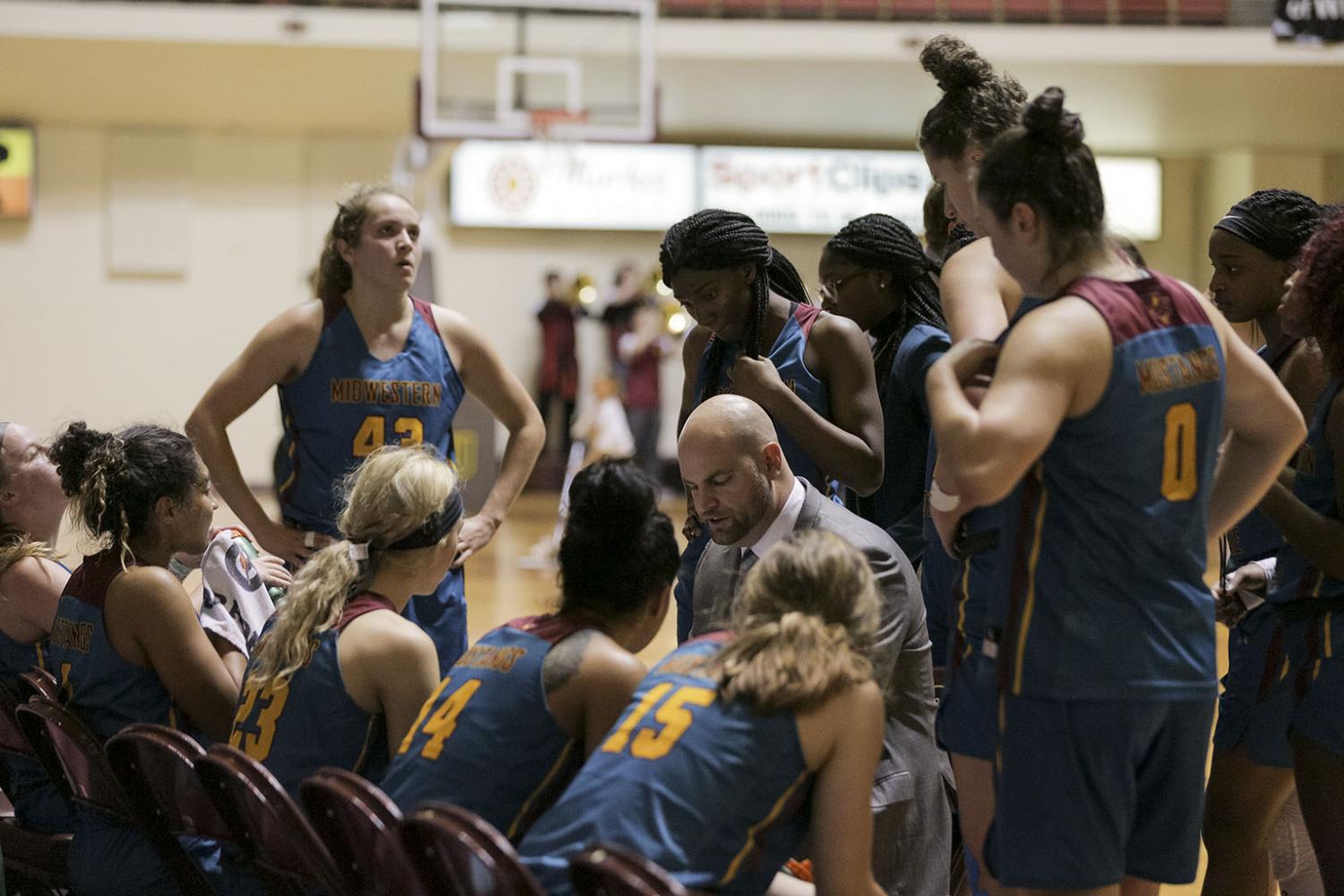 Coach Reay sits down with the women’s basketball team in between plays. Feb. 13. Photo by Colin Stevenson.

An emotional night in the dome

The women’s basketball team played its first game since finding out their coach will be taking the rest of the season off to battle her cancer in an emotional 92-77 loss to Texas A&M-Commerce Thursday, Feb. 13 at 5:30 p.m. at home.

Earlier in the week, Noel Johnson, head women’s basketball coach, announced she would be taking off the rest of the season to focus on her fight with Stage IV Ovarian Cancer. Johnson is the winningest coach in the history of ‘Stang’s hoops, and she has forged an unbreakable bond with her athletes.

Schneider kept the team in the game with a career-best performance. She posted 31 points on 11 field goals with seven three-pointers, all career highs. In a first-half where the Mustangs were outscored 47-34, Schneider managed to still score 20 of her 31 points and six of her three-pointers.

“This environment is a pretty good motivation, coming in against the number three team in the nation. The spotlight of bringing them down would’ve been huge to this program and Coach, so I gave it my all,” Schneider said.

The Mustangs hung close with the number three team in the nation, whittling the Lions’ lead down to seven points in the third quarter. Despite Schneider’s scoring outburst and 16 points from Elizabeth Cathcart (43), forward and marketing senior, the Lions pulled away to win by 15. Christopher Reay, standing in for Coach Johnson, still saw positives in the team’s offense.

“I was proud of the girls. We made a lot of adjustments offensively on the fly tonight because they were taking away our strengths. I drew up some plays we kind of tinker with every once in a while, and they executed them very well,” Reay said.

Women’s hoops will get their next chance for a victory at home against UT Tyler Saturday, Feb. 15 at 2 p.m. 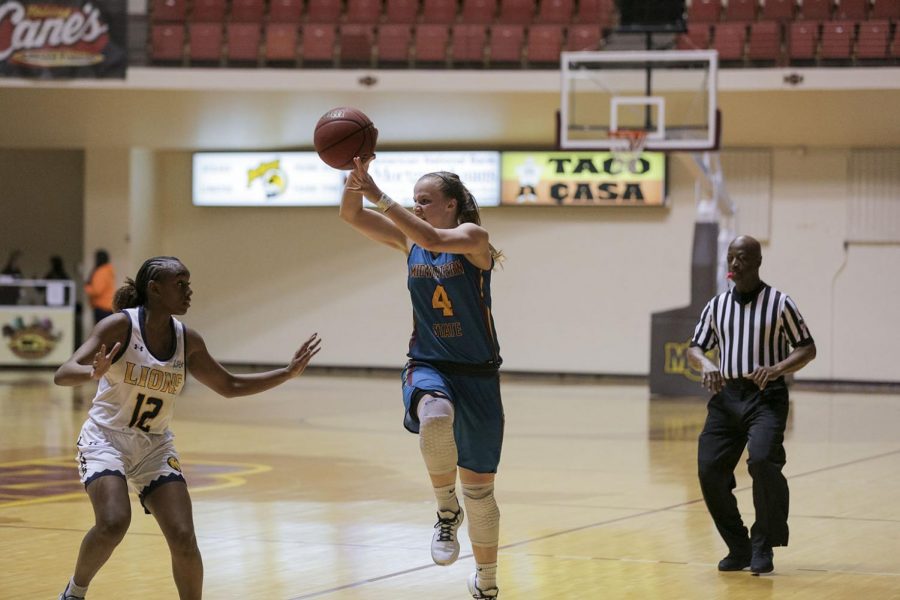