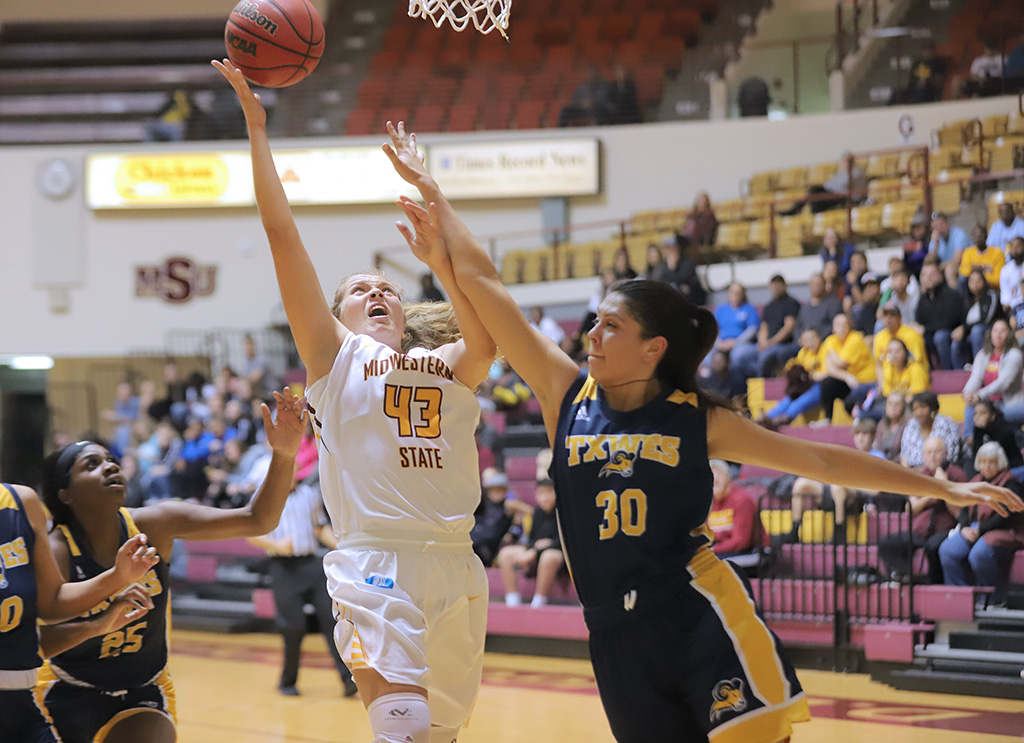 The ‘Stangs had twelve players score in the match compared to six such players for the Rams. The women shot 45% from the court, and 65% of their 28 baskets were assisted. The balanced offense was led by Elizabeth Cathcart (No. 43), forward and marketing senior, who recorded 15 points, nine rebounds, and four assists on 6-11 shooting. Mica Schneider (No. 4), guard and finance senior, paced the game with eight assists to go along with her four points.

“Our point guards have a very high I.Q. and are very good at finding the open player,” Kaki Simpson (No. 22), guard and nursing junior, said.

The Rams forced 28 turnovers and turned those turnovers into 22 points. Those points accounted for nearly a third of the Rams’ total offense. The ‘Stangs were able to cut the turnovers down by 10 in the second half.

“[We need to work on] not turning the ball over,” Simpson said. “[In the second half] we slowed down and worked the ball around.”

The women’s team’s record now improves to 2-1 on the season. While the win was officially recorded as part of the ‘Stangs’ season, it was counted as an exhibition game for the visitors.

The women’s basketball team’s next game is against Henderson State University on Monday, Dec. 2 at 5:30 p.m. in the Colosseum. 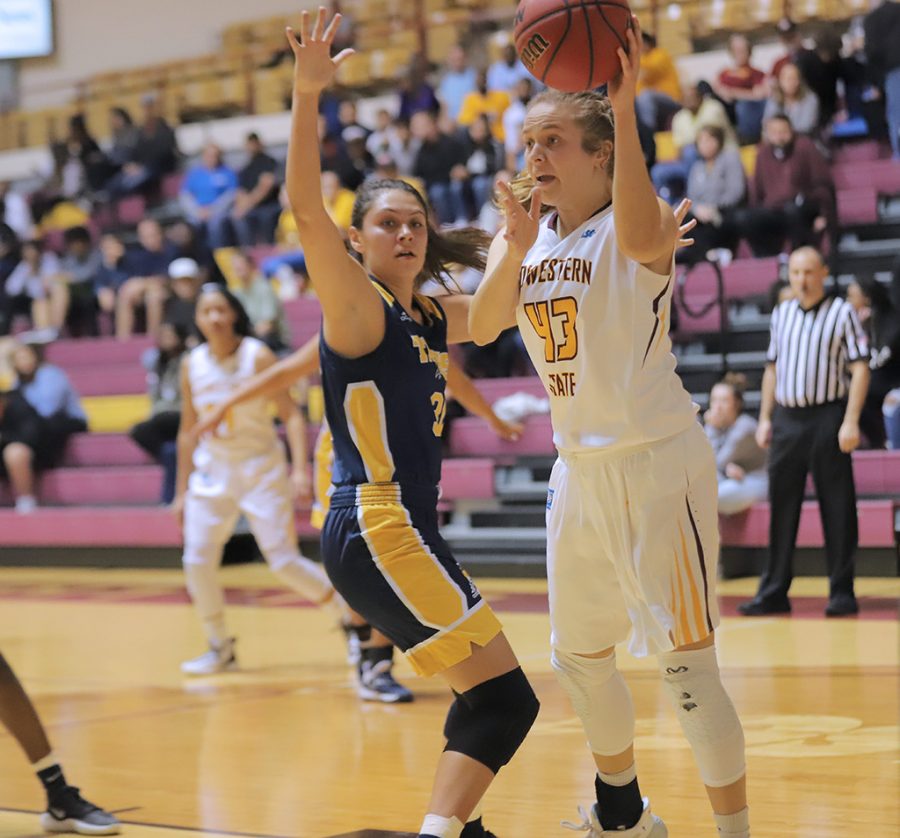 Gallery|4 Photos
Marketing senior and forward Elizabeth Cathcart passes to a teammate on the wing for a basket against Texas Wesleyan. Nov. 16. Photo by Allison Reay.
Leave a Comment