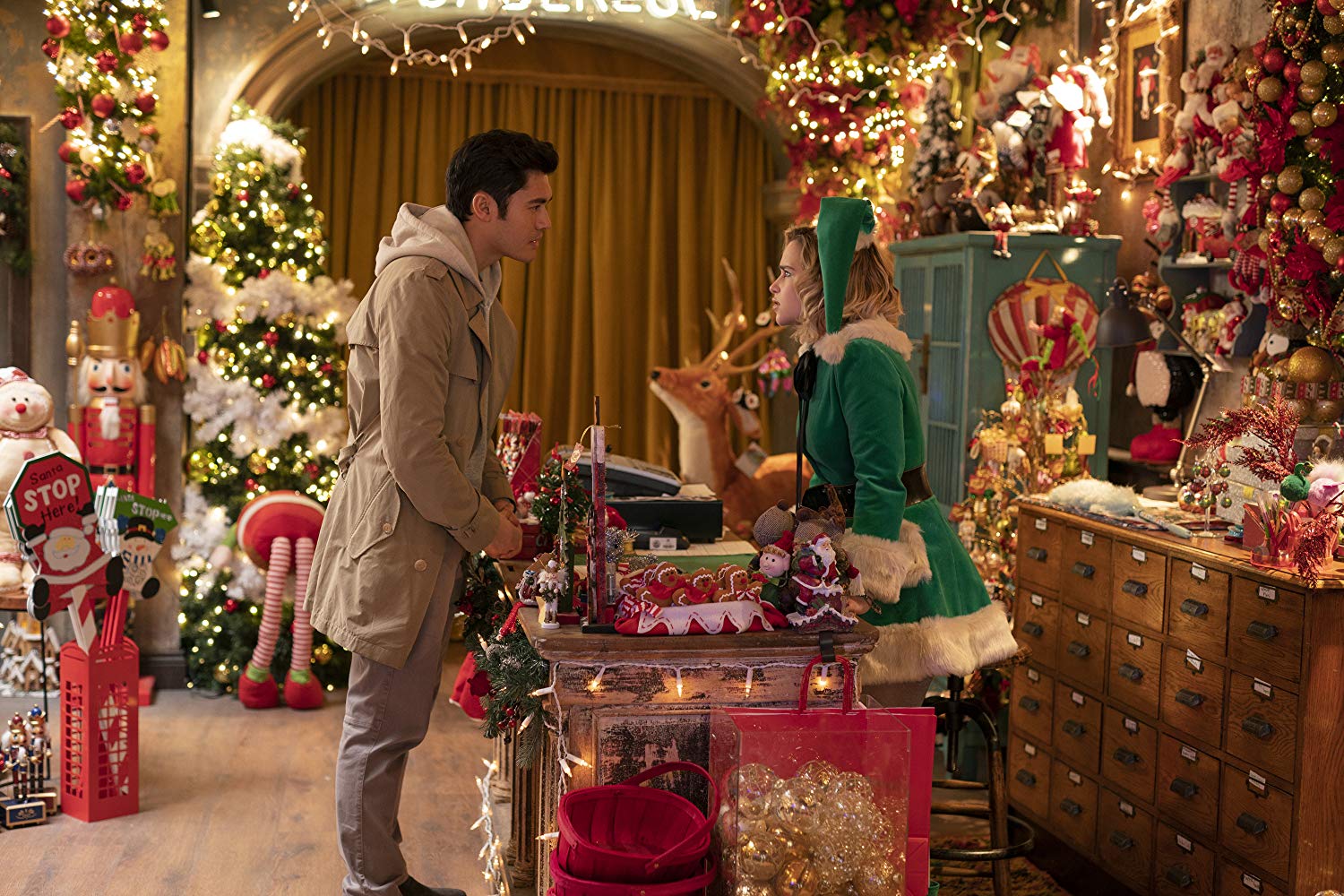 ‘Last Christmas’ is sweet but forgettable

Even though it’s not yet Thanksgiving, for many people, Christmastime is already here. As the holiday season approaches, many avid Christmas fans break out their favorite cheesy rom-coms, and now they can add Paul Feig’s sweet and silly “Last Christmas” to their annual rotation.

The film centers around Kate (Emilia Clarke), a disaffected employee who works at a year-round Christmas shop. She’s in a rut after overcoming a recent serious illness and feels trapped at her low paying job. There’s just no Christmas spirit in her. Caught in a fight with her family and with no money to pay for an apartment, Kate is resigned to beg her friends for a place on their couch with a blanket, but her poor choices and free-wheeling lifestyle always leave her back on the street.

When a charming but quirky customer named Tom (Henry Golding) walks into the store and starts flirting with Kate, she’s initially annoyed and fusses with him until he leaves. However, after a series of spontaneous outings, she begins to catch feelings. As the Christmas season approaches, Tom helps Kate re-engage with life and make amends to the people she’s hurt as she starts to become a better version of herself.

Emilia Clarke shines like the angel on a Christmas tree in her first big movie after “Game of Thrones.” Kate is the polar opposite of Daenerys Targaryen which makes it all the more fun to see such a talented dramatic actress take on such a fun and silly role. Clarke is the beating heart of the movie and manages to prop it up even in its cheesiest moments with her charismatic grin and boundless energy.

Henry Golding returns from his success in “Crazy Rich Asians” to once again play the cardboard cutout Prince Charming. He does his role perfectly fine, but there’s nothing exciting about his acting. It feels like a role that any actor could fill and he just happened to get the part.

Emma Thompson plays both writer and supporting actress, for the film and she does both well. Thompson and her husband Greg Wise wrote the script, which is one of the movie’s best assets. The jokes pop and fly easily and even the side characters are given funny things to say and play off of (a great example is Michelle Yeoh’s role as “Santa” the Christmas-shop owner).

Thompson adds in themes of immigration and xenophobia almost as an aside, which are important to talk about, but when combined with some of the film’s other elements, makes the whole project feel a bit wobbly and unfocused. Her portrayal of Kate’s mother, a worrying Yugoslavian immigrant who sings traditional dirges as lullabies, is perfect.

George Michael’s catalog feels like an invisible character as the title song rings out throughout the movie along with many of his other big hits. The movie wouldn’t have been any different without these songs included, but it’s a fun touch.

It feels weird to watch “Last Christmas” in theaters because it’s exactly the kind of movie you’d expect to stumble upon when channel surfing anytime in December. It’s cute, almost to the point of being cloying, but has enough humor and Christmas-spirit to make you secretly love it.