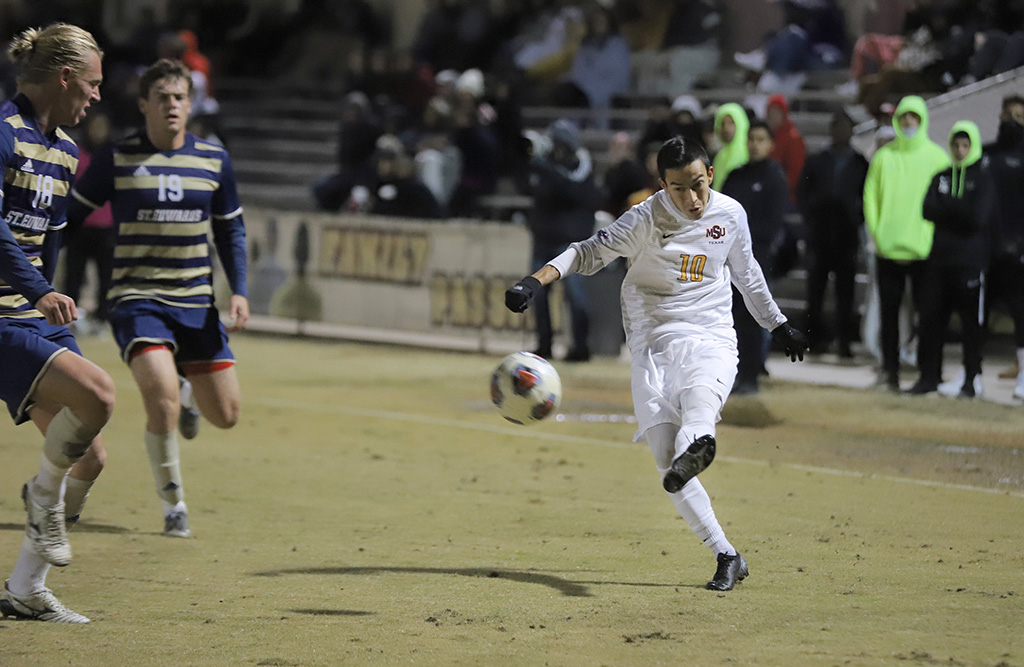 Taylor Lampe (No. 1), goalkeeper and exercise physiology junior, starred for the team on the defensive side of the ball. Lampe didn’t cede a single goal despite the Hilltopper’s 19 shots and 10 corner kicks. Lampe recorded six saves, including two late-game deflections to prevent an SEU comeback. This win gave Lampe the record for most career wins by a keeper in team history with 37.

“In a big game like this, he was able to step up for us,” Michael Meachum, head men’s soccer coach, said.

“You see every player standing up [on the sidelines] wanting you to do well. There’s no toxicity on this team,” Burke explained. “No one is rooting for their teammate to do poorly.”

The match was a defensive slugfest with just one total goal coming courtesy of the Mustangs’ Sergio Lara (No. 11), forward and kinesiology senior, off an assist by Colby Parton (No. 24), midfielder and freshman. The ‘Stangs and Hilltoppers were each called for 13 fouls, and three different players received yellow cards. The two home players that were carded were Fitzpatrick and Adam Conway (No. 2), defender and undecided sophomore. 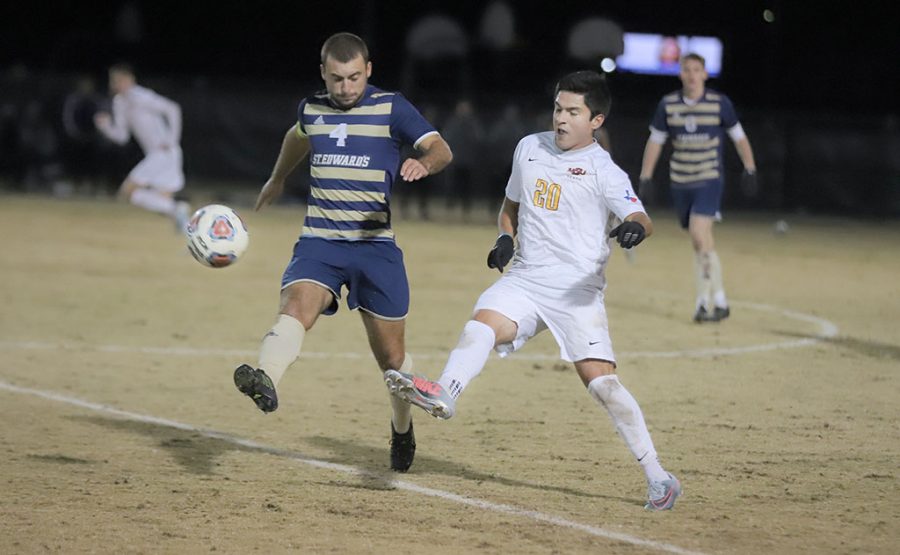