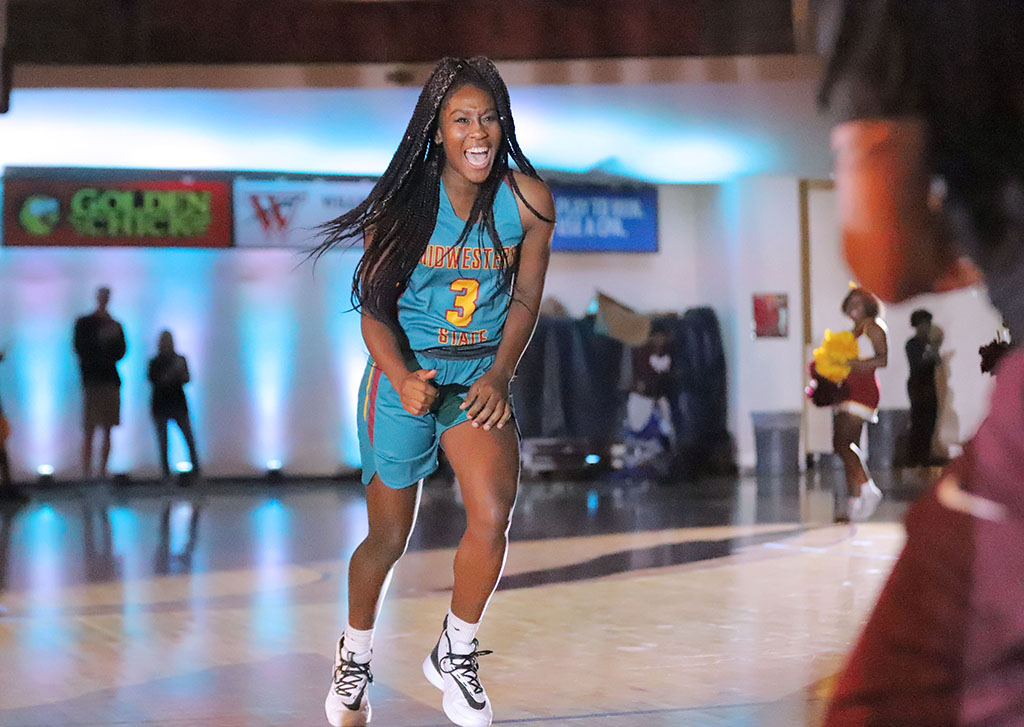 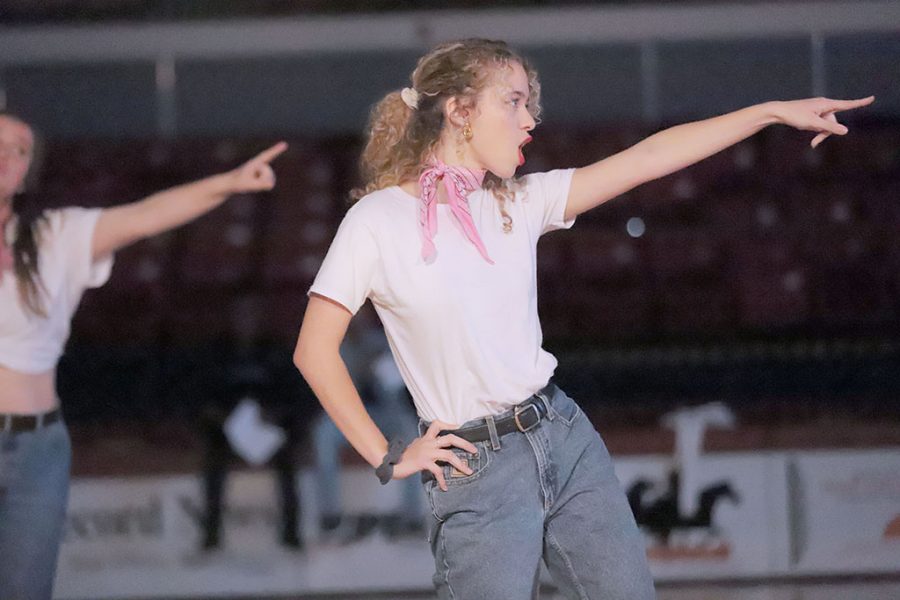 Ligon Coliseum was packed full of energetic students ready to dance, sing, compete and let loose. Some entertained with their athletic talents. Others showed off their creativity. More still, danced and sang from the stands and the gym floor.

In between acts, the event’s hosts entertained the crowd with t-shirt throws, competitions and dances. Fans competed in rock-paper-scissors, raced to the gym floor, and out-leaped each other in the stands for a chance to bring home Mustang attire.

The judges narrowed the competitor pool down to three acts: the Black Student Union and the National Association for the Advancement of Colored People, the Caribbean Student Organization, and Sigma Nu and Gamma Phi Beta.

The BSU and NAACP put on an energetic performance centered around the classic film, ‘The Wizard of Oz.’ Students dressed up as the tinman, the cowardly lion, Dorothy and the Wicked Witch of the West.

CSO mouthed along to the words of ‘The Greatest Showman’ soundtrack with each performer outfitted as one of the film’s characters. The energetic audience sang and clapped along to each song as CSO pranced around the gym.

The singing continued as the Sigma Nu and Gamma Phi Beta members put on a musical demonstration based on the movie ‘Mama Mia.’ The audience sang and danced to the Greek Life soundtrack which consisted of songs by pop-band ‘ABBA.’

Other performances included a ‘Grease’ themed act that had the crowd dancing along, a ‘High School Musical’ performance that had the students in the stands laughing throughout, a well-choreographed dance set to the soundtrack of ‘The Jungle Book,’ and a ‘Moana’ themed performance full of colorful costumes and audience engagement. The cheer team capped off the night with a tribute to ‘Pitch Perfect’ that was full of acrobatic stunts.

The winner of Lip Sync will be announced Friday night after the three finalists compete a final time.

Joshua Griffith, chemistry and mathematics junior| “For me, I’ve never seen anything like this. [At first] you’re nervous, but as soon as you’re out there you just live it.”

Alec Roberts, accounting senior| “Honestly, everyone’s coming out of their shell. [I love] seeing people interacting with the crowds.”

Emma Midgette, nursing freshman| “It was so fun. I was able to jam to every one of the songs.”

Basketball season kicked off with the annual Mustang Madness event, hosted by Keith Domino, football player and economics senior. The festivities began with a performance by the band while the cheer team entertained the crowd with tricks and stunts.

Both the men’s and women’s teams were introduced to the crowd with dramatic nicknames attached to each of their names. As each player was introduced, they took a moment to strike a pose for the crowd.

Leroy McIlhaney, Mustangs superfan, was announced to the crowd as “Director of Basketball Operations.” The lively crowd met Leroy with emphatic applause and cheers.

The basketball teams captivated the audience in warm-ups with the boys putting on their own miniature dunk contest and the girls showing off their accurate 3-point shooting. Domino contributed to the fun by providing his own commentary during the warm-ups.

Trae Jones (No.2), guard and business sophomore, defeated Elizabeth Cathcart (No.43), forward and marketing senior, 17-15 in a tight 3-point contest that left fans on the edge of their seats. Jones beat out Jalin Brown (No.4), forward and marketing sophomore, 10-6 to qualify for the finals. Cathcart earned her spot by outdueling Corbiyana Wingfield (No.3), guard and junior, 5-4.

Derrick Herrick (No.10), guard and kinesiology redshirt freshman, won the men’s dunk contest by driving in from the 3-point line and executing a between the legs slam. This dunk was the only perfect score awarded by the judges. Daniel Mosley (No.0), forward and criminal justice freshman, came in second place with an off the bounce reverse slam and a honey dip dunk.

The other two men to compete in the dunk contest were Brown and Evan McCarthy (No.23), guard and undecided freshman. Brown achieved a score of 22 with an off the bounce self alley-oop and a leaning windmill. McCarthy scored a 25 by dunking despite his relatively small stature.

Six students were pulled from the stands to compete in a dizzy-bat contest. Contestants had to spin around a bat several times and then make a free throw in order to win. With the students in the stands cheering on, Team 2 won by a hair.

The Prancettes dance team capped off the nights festivities by entertaining the remaining crowd with a choreographed dance routine. Many athletes and students remained in the coliseum following the performance to mingle and get excited for the upcoming basketball season.

Elizabeth Cathcart (No.43), forward and marketing senior|“I like to see everybody dancing, It’s just crazy that basketball is here.”

Tre’Vonne Bradford, exercise physiology senior| “It was pretty good. It was pretty loud, I think next year will incorporate more of the competition between the two teams. And more dance offs.”

Collin Coovert, kinesiology sophomore| “I think it’s cool they went all out. I think [Mustang Madness] is a great chance for students to step out of their comfort zone and do something fun that they’ll remember.”

Noel Johnson, head women’s basketball coach| “It brings a great environment for a campus community, and it’s [an opportunity] for our student athletes to bring people in.”

The previously labeled photo, “Chi Omega and Kapa Sigma” was incorrect. The Wichitan regrets this error. The correct caption is, “Alpha Psi Omega member dances at the Lip Sync Oct. 14.”