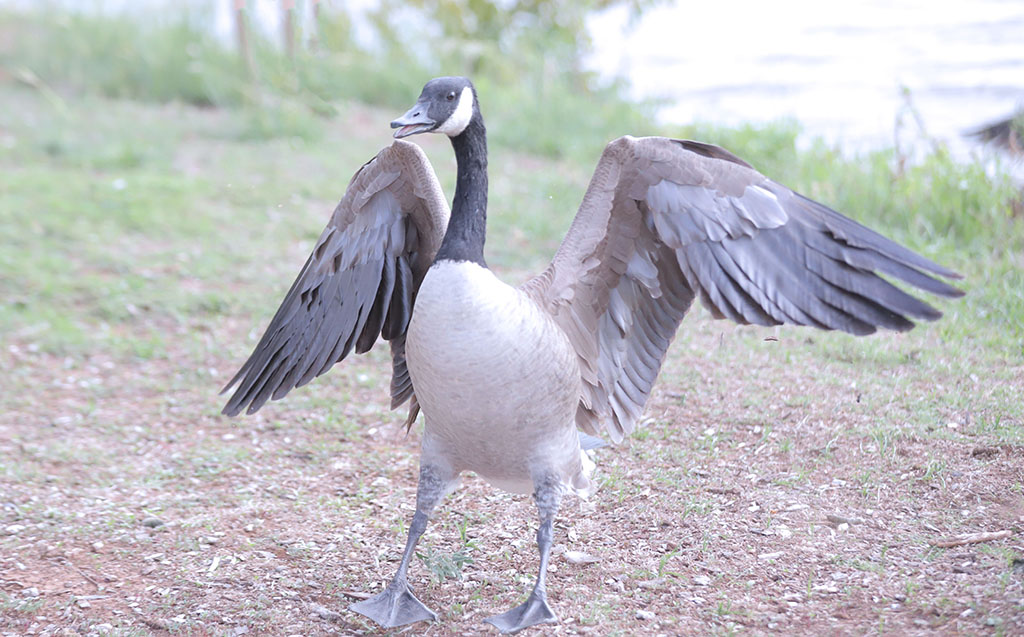 According to the humans, Sept. 29 was “Goose Day” and the day was celebrated with a video of how people felt about us geese around campus. Well, we have a voice too.

Steve Flippers, associate squawk of organized street-crossing, said he was both flattered and appalled at the responses given.

“Being the majestic birds we are, I really thought our presence in the campus community would be more delightful to the humans,” Flippers said. “I don’t understand why they are so offended when we honk at them for coming into our personal bubbles. They need to stay in their lane and the peace will be kept.”

Jenny Waddles, vice squawk of sidewalk droppings, said she felt honored that the humans dedicated an entire day out of the year to her kind.

“You know, it’s just really a nice thing they do for us,” Waddles said. “It’s kind of creepy how many people came to the lake that day and just stared at us, but all-in-all, I think it was coming from a good place.”

Randall Swimmington, director of attacks on humans, said he didn’t give a honk what the humans had to say.

“We need to stop living at peace with them and take back what is rightfully ours,” Swimmington said. “They have taken our lake and are using it for their own benefit. The revolution begins now — we must fight for our lake!”

Though we don’t all feel as strongly as Swimmington, we can all agree that the humans’ presence on campus is quite annoying for us too.

Sandy Wingflap, assistant feather clipper, said, “I can’t tell you how many times my street crossing class and I have almost been annihilated by one of those rolling monstrosities. These people just be rolling through campus like we’re not even there.”

Marcus Webb, president of Alpha Geese, said the reason he gets aggressive with humans is because they have a staring problem.

“I’ll just be minding my business and they come walking by looking at me with a stank face, so I flap at them,” Webb said. “They almost always let out a little scream and scurry away. I know I’m a stud, but they should just take a picture — it’ll last longer.”

At the end of the day, we have to deal with the humans. We don’t have to agree with the vile opinions that come our way, but in order to preserve our kind, we must be at peace.