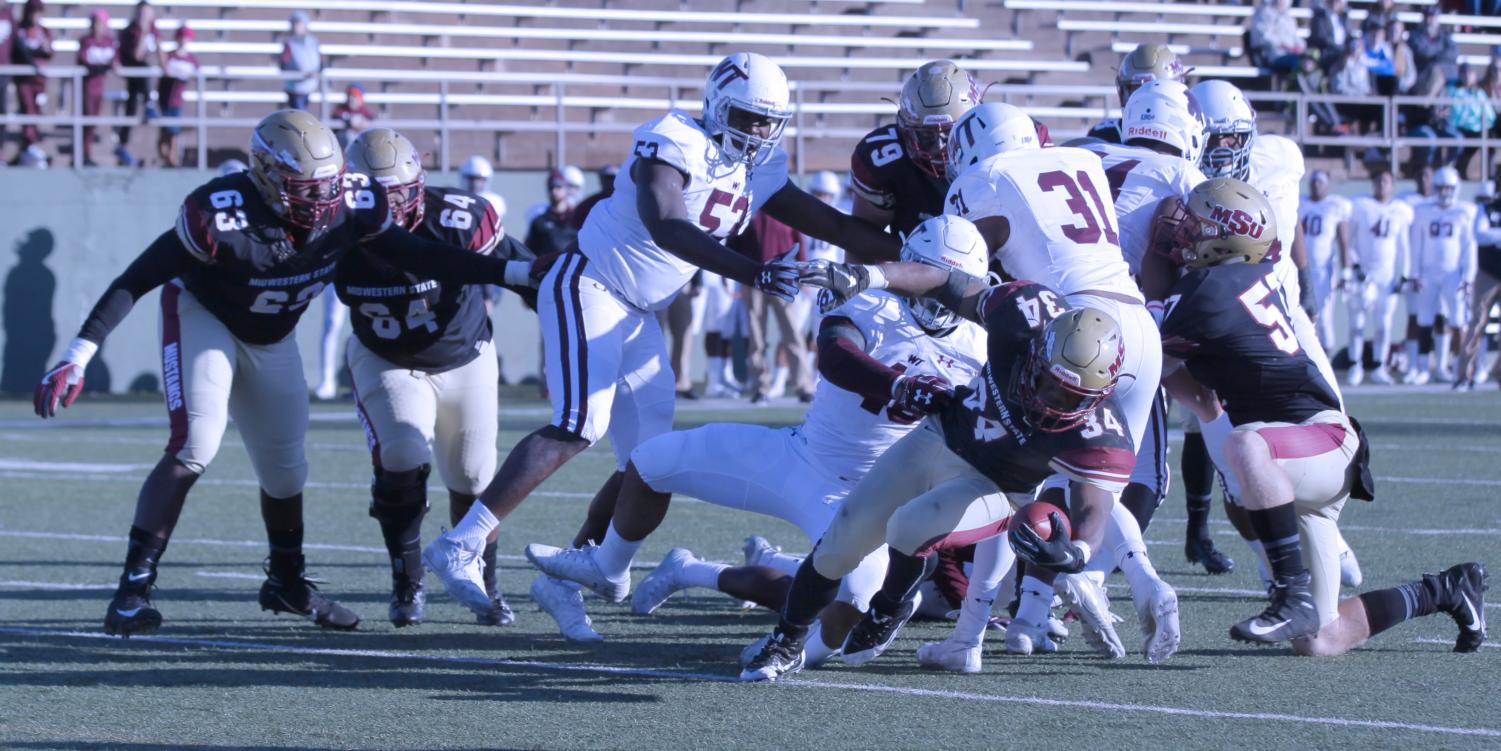 While the football team had a good season, finishing 8-2 overall, the Mustangs will not be participating in the playoffs this year.

Bill Maskill, head football coach, said, “Well it’s not my decision, it’s made up of a committee of 8 or 10 guys from our region which is the far west. Central Washington, Azusa Pacific I think they call it the greater northwest region, the Minnesota league, which is the northern sun, and the Lonestar and we have two representatives on that and the other teams have representatives as well in their region and we were seventh- we were actually fourth or fifth early in the year and then we got beat by Tarleton we backed up. There’s criteria involved and the biggest criteria is strength of schedule and apparently, our strength of schedule is slightly higher than the team that got in but the committee determined that their strength of schedule was almost equal to ours and that they beat– we were seventh, Central Washington who would beat them, Acuza Pacific earlier was eighth and this team Azusa Pacific was ninth.”

“Apparently a week ago they started talking about having a quality win over a top ten team in the region which to me, is bullshit because there’s teams in the region that are rated after seventh, are just there because they have to rate ten teams and Azusa Pacific beat Central Washington, so they had a win over a top ten team we had two losses against top six teams, the number two team and the number six teams on the last play of the game by one point. They don’t look at that, all they look at it as that’s a good loss but that’s not in factor of the criteria that they use. Azusa beat central Washington conference team at an away game so that became a quality win. We don’t have a quality win against a top ten opponent, we have two quality losses and they don’t take that in to consideration. we got beat by commerce 20-19 on two different days in Denton because of lightning and missed a field goal with three seconds left to go in the game and they beat us 20-19. Three weeks later, we played Tarleton at homecoming and they beat us whatever the score was, by one point on that last play we were kicking the field goal again and our holder dot-bottles it and we don’t get a chance to kick the field goal and they beat us by one point and they’re number two in our region. In a nutshell, they’re saying their quality win is better than our two quality losses to teams that are second and sixth in our region which is bullshit, I don’t agree with it. There’s no reason why we shouldn’t be [in the playoffs]. They were excited that they won, but they didn’t even expect to get in the conference they gonna get beat by 40 points this weekend.”