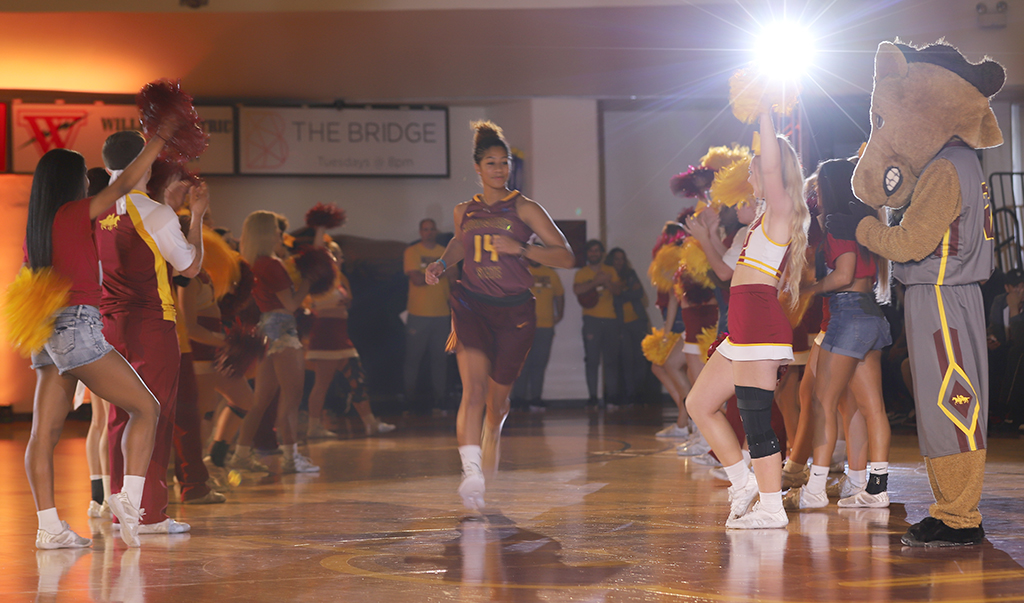 As part of a continuing series of events with homecoming, the Office of Student Leadership and Involvement presented Mustangs Madness Oct. 25 in the D.L. Ligon Coliseum from 9 p.m. to 10:30 p.m.

The event started off with the cheerleaders coming onto the floor and ramping up the crowds spirit for the women’s and men’s basketball teams. The players danced their way through the spirit line while the audience clapped and cheered.

The combined University Programming Board and Black Student Union  team were the first of the three lip-sync battle finalists. After the first lip-sync contestant members of the women’s and men’s basketball team ran their way onto the floor to warm up for the three-point contest, all while the cheerleaders threw T-shirts into the crowd. The three-point contest started with 1 minute on the clock, and three racks with four balls each. No. 2, Trae Jones and No. 13, D’monta Harris faced off for the final round and Jones took the win. Next the women’s No. 2, Chelcie Kizart and, No. 25, Anni Scholl faced off. Kizart won.

MSU Cheer took the floor to perform their routine as a lip-sync battle finalist and after the performance the championship for the three point-contest commenced. No. 2, Jones from the men’s team and No. 2, Kizart from the women’s team faced off and Kizart was victorious.

The next event was the one everyone had been waiting for. The Caribbean Student Organization members performed their lip-sync battle routine and the crowd went wild.

After the CSO performed, the basketball players started to warm up for the dunk contest. Gilbert Thomas, Jr. No. 22 started it off. Thomas jumped over two people and made the dunk sending the crowd into a riot. No. 15, Ola Ayodele was up next followed by Tayvion Johnson No. 25. Thomas and Johnson tied and then Thomas attempted to jump four people, but narrowly missed the shot. Johnson became the winner after making his dunk, scoring all 10’s from the judges. Earlier in the evening, Maverick shot some Whataburger T-shirts into the crowd. The two people who received the shirts had an opportunity to win Whataburger for a year in a three-point shooting contest. The contestants tied and went into a “first to make it” wins round.

Question and Answer with Students

Q: What was your favorite part of the night?

A: My favorite part of the night was the dancing, and the general upbeatness of the music.

Q: Why did you decide to attend?

A: I wanted to know the winner of the lip sync battle.

Q: Did the event get you excited for basketball season?

Q: Would you attend an event like this again?

Q: What was your favorite part of the night?

A: My favorite part of the night was watching the finalist of the lip sync battle.

Q: Why did you decide to attend?

A: I decided to attend because my friends wanted to go.

Q: Did the event get you excited for basketball season?

A: I got excited for basketball season, because everything was super upbeat.

Q: Would you attend an event like this again?

A: I would definitely attend an event like this again 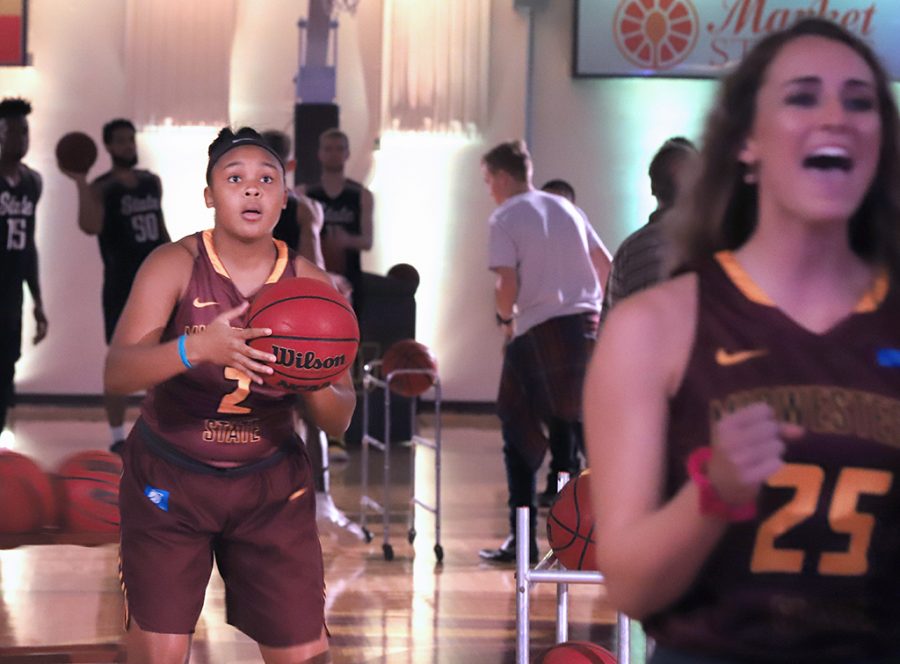