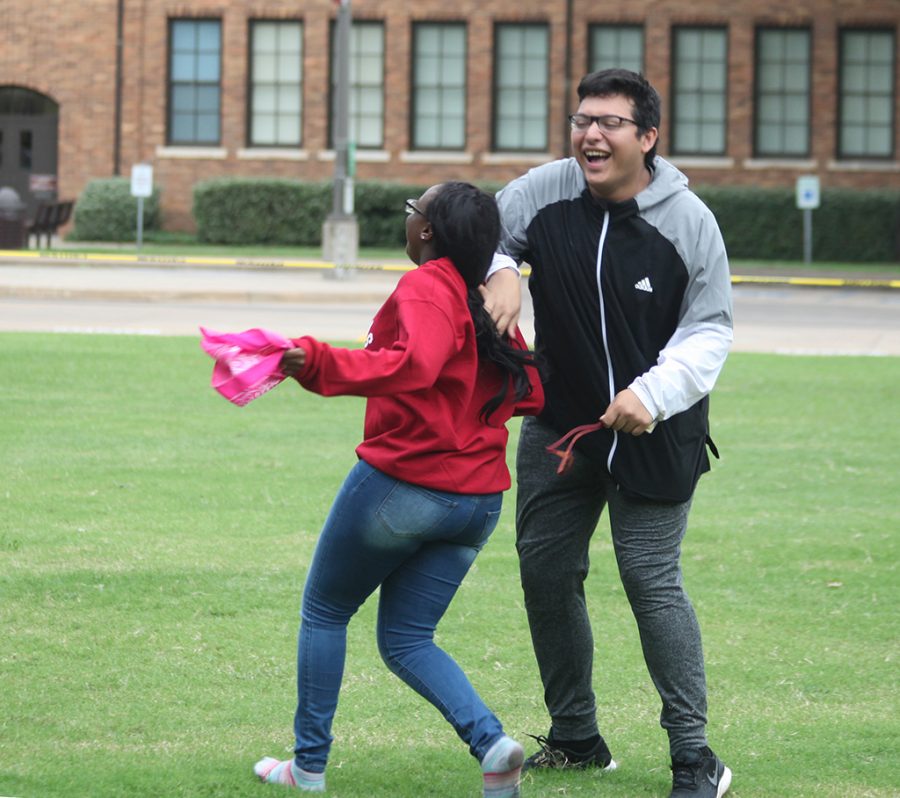 UPB hosts tag at the Quad

To get students involved on campus, University Programming Board members hosted tag day at the Quad 5 p.m. Oct. 8.

Dallas Wabbington, English sophomore, said, “We put this together for fun and for people to reminisce with friends. Another reason is because it’s National Touch Tag Day.”

Of the eight people who attended, winners won prizes for the most ribbons collected.

“It was really fun,” Ramirez said. “I wanted a larger turnout of students, but I met new people and got a new windbreaker jacket for winning.”

The University Programming Board works with the Office of Student Development and Orientation to program events such as Stampede Week, Family Weekend, homecoming and Finals Frenzy.

“If there’s events you would like to have on campus UPB gives students a place to share ideas and get things they would be interested in attending,” Wabbington said.

Tag, you’re it! It’s an old fashion game of Tag for you and your friends to enjoy. You do not want to miss out on your chance to win either a 1st, 2nd, or 3rd place prize. We will see you today at 5pm in the quad ! #freewithupb #midwesternuniversity pic.twitter.com/7tCxRd0B6X

UPB hosts tag at the Quad