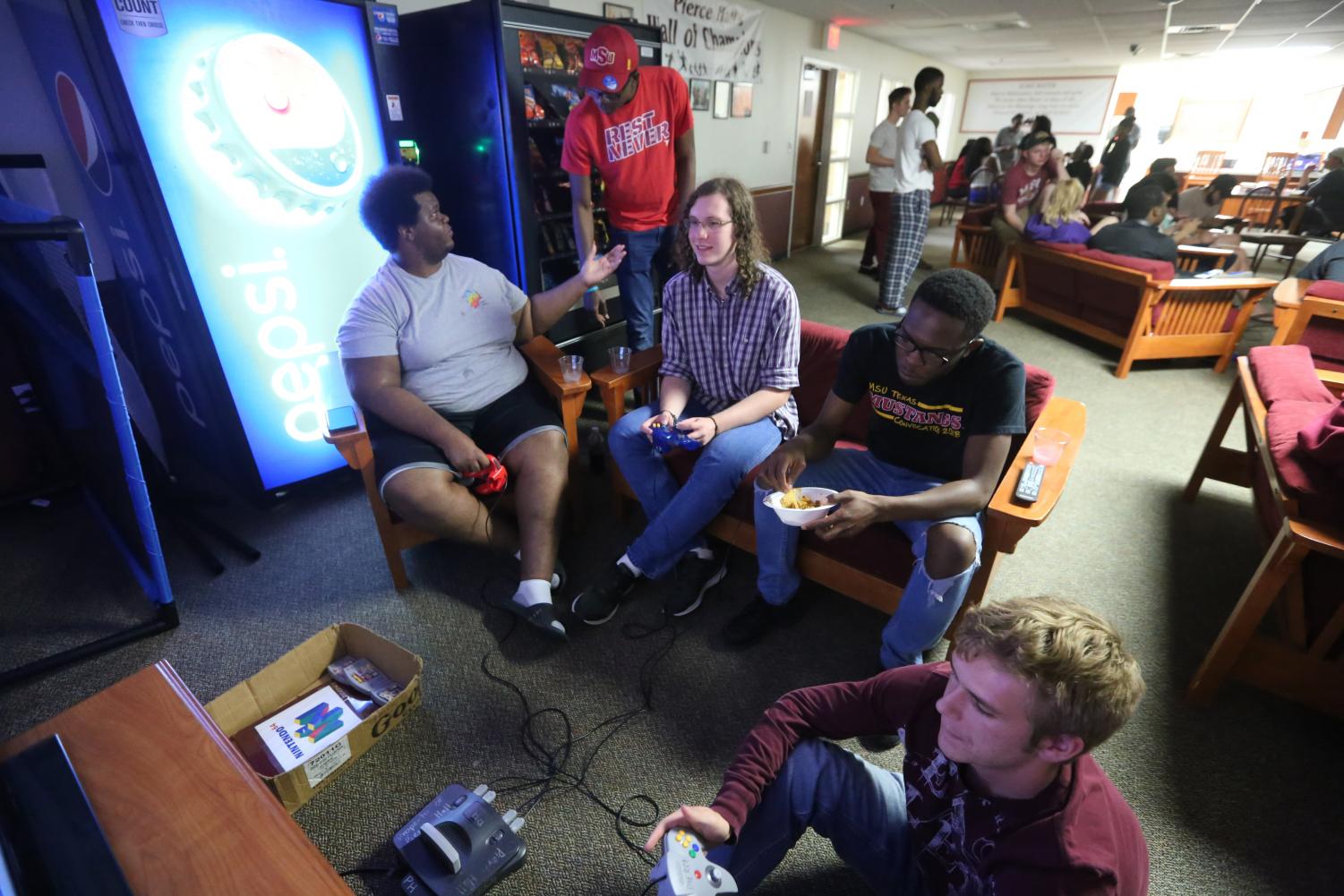 To encourage students to get outside and to experience more activities around campus, the Residence Hall Association hosted Throwback Game Night at Pierce Hall in the first floor lounge at 8 p.m. Sept. 29. About 30 people played games including Super Mario Bros, Super Smash Bros. and Donkey Kong Racing, along with music, free food, juices and water.

Noah Inge, resident assistant and mechanical engineering sophomore, said, “These events keep students connected and to be able to make lots of friends with similar interests on campus. Everyone who comes out is treated like family here.”

Inge set up three gaming consoles and TV’s set up around the lounge with multiplayer games.

The most popular game at the event was Super Smash Bros.

“My favorite game is Super Smash Bros. because its great for parties and events like these,” Inge said.

The game Super Smash Bros. is a fighting game able to have up to eight players compete.

To advertise the event, Inge posted flyers on the doors all around Pierce Hall a week before the game night.

“It’s been planned for two weeks and took three to four hours to put together setting up game consoles and preparing food,” Inge said.

The throwback game night was the last event for the month of September,

“Next time it’s a possibility we’ll have a Halloween bash for October with a possible prize for best costume,” Inge said. 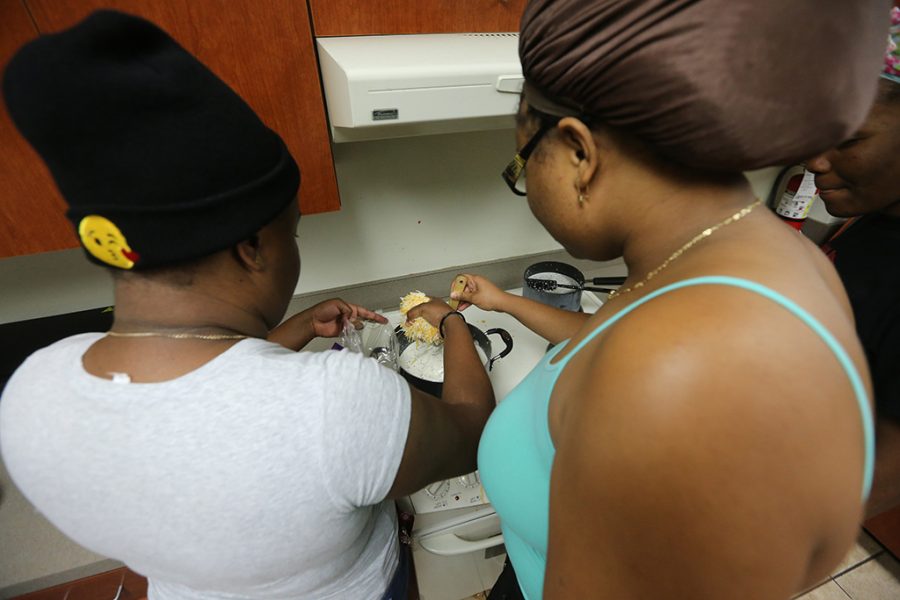