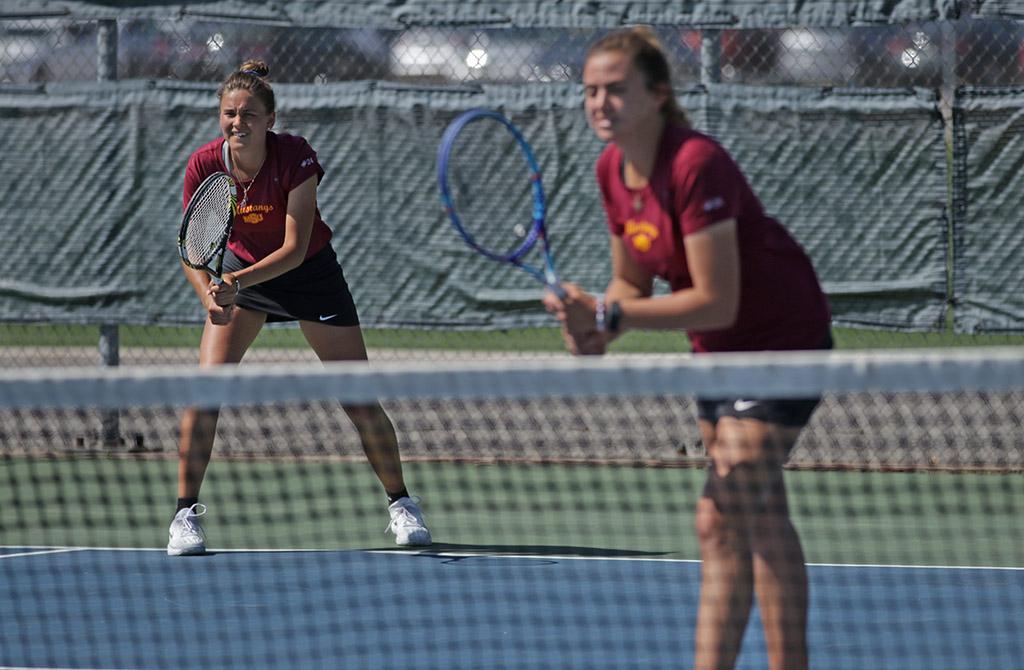 Tennis moves on to LSC Championships

“We work hard in practice and on the court, and we fight for each other. This season we have won a lot, especially these last couple matches,” Dillon Pineda, left and biology pre-med junior, said. “We have a good chance, and we are ready to go.”

The men are ranked no. 1 in the south central region with a 17-5 record going into the championship. Last season, the team finished third in the conference and made it to the first round of the NCAA II Regionals. The previous year the team were the NCAA II Quarter-finalists.

“We are extremely prepared for championships now. At the beginning, we had a rough start, but we worked together and practiced to get better, so we have a good shot at going far,” Maddy Coffman, right and biology junior, said.

The women are ranked no. 2 in the south central region, falling behind St. Mary’s University. The team’s record is 15-6 going into the championships next week. The reigning conference champions, finished their 2017 season as NCAA II National Quarter-finalists. The women improved last season compared to 2016, finishing second in conference and having the season brought to an end in the first round of the  NCAA II Regionals.

“They have been progressing as fast as they can. Sometimes people who are older have a better sense of urgency, but overall we are doing good with a relatively young team,” Scott Linn, head coach, said. 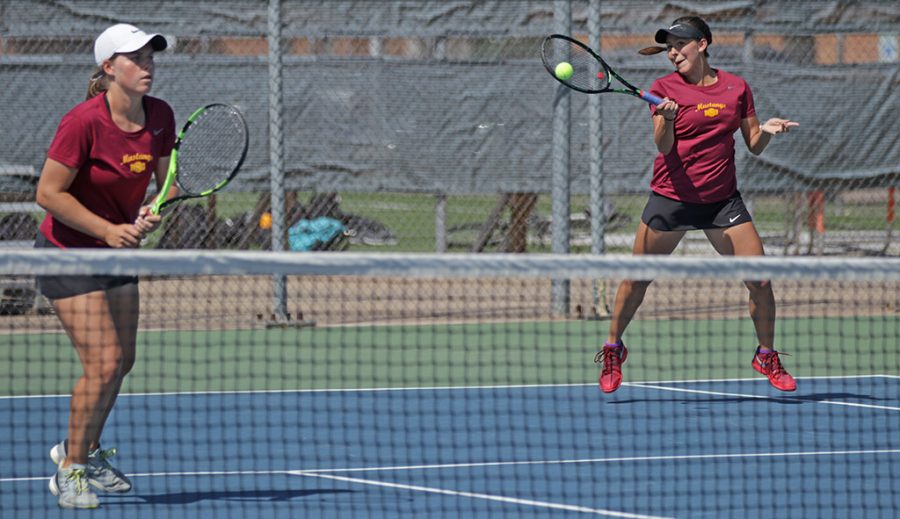