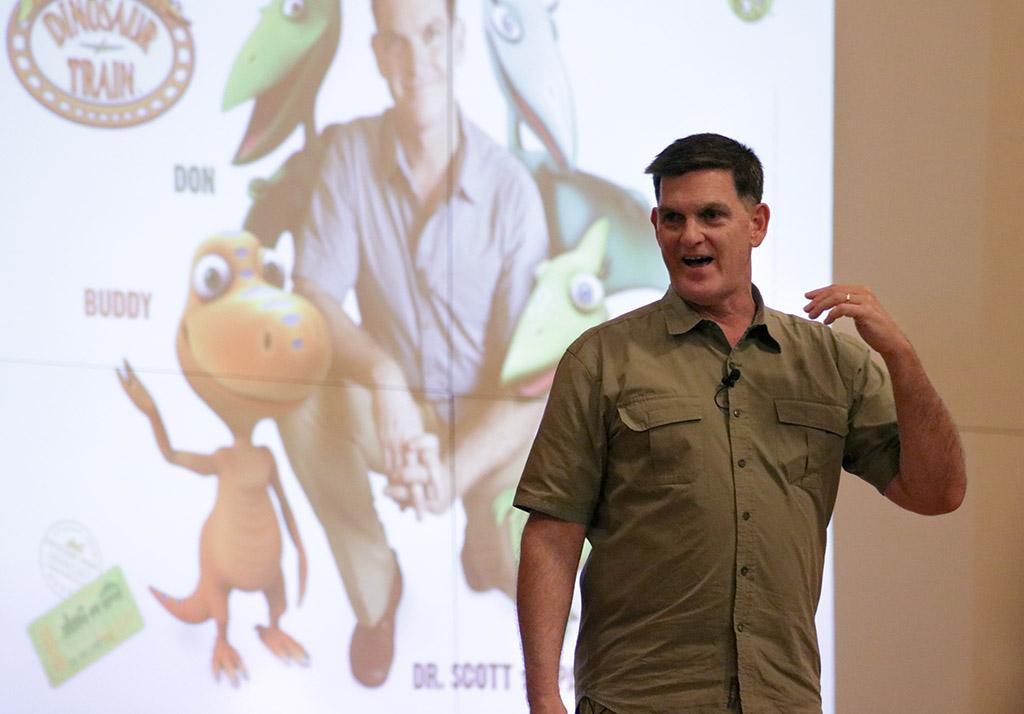 Scott Sampson, host and science adviser of the PBS KIDS television series Dinosaur Train, speaks to attendees about, “How to Raise a Wild Child,” at Akin Auditorium on Thursday, April 12, 2018. Photo by Francisco Martinez (Francisco Martinez)

Scott Sampson, host and science adviser of the PBS KIDS television series Dinosaur Train, speaks to attendees about, “How to Raise a Wild Child,” at Akin Auditorium on Thursday, April 12, 2018. Photo by Francisco Martinez

Paleontologist to give lecture April 12

For those interested in learning about dinosaurs and fossils, dinosaur paleontologist Scott Sampson will be hosting a lecture “Dinosaurs of the Lost Continent” in Bolin Hall Room 100 at 3:30 p.m on April 12.

Sampson is a famous dinosaur paleontologist, science communicator and an advocator for nature. He’s the president and CEO of Science World British Columbia in Vancouver, Canada. His best-known work is on a carnivorous dinosaurs study and research into the Late Cretaceous period.

Sampson was a host and science adviser of the television series “Dinosaur Train.” He has published numerous scientific and popular articles, and he regularly speaks to audiences of all ages on a range of topics. He is author of “Dinosaur Odyssey: Fossil Threads in the Web of Life” and “How to Raise a Wild Child: The Art and Science of Falling in Love with Nature.”

By having Sampson come speak about his lecture, it brings different organizations from Wichita Falls and surrounding cities together for nature and science.

For the event, Sampson will discuss the lost continent that paleontologist think dinosaurs lived on and received unique fossils from. He will also address the questions containing the history of dinosaurs in the western interior of North America.

Anthony Fields, sports and leisure junior, said he plans on attending the event.

“It’s important to have the lecture here because people who are interested in that field broaden their knowledge,” Fields said. “Plus I think it’s cool the school is doing this.”

Raven Powell, pre-pharmacy sophomore, said she doesn’t think the event is worth coming to.

“I don’t want to go because dinosaurs aren’t around anymore, so it’s not relevant,” Powell said. “I don’t think the lecture should be here because it’s not important to have and the money should go somewhere else.”

She emphasized how the school should spend more money on different programs that are actually important, like preventing sexual assault or the dangers of drugs and alcohol.

This event is being held by River Bend Nature Center, the Whiteside Museum of Natural History, the West College of Education and the College of Science and Mathematics. It’s free admission with a campus ID. 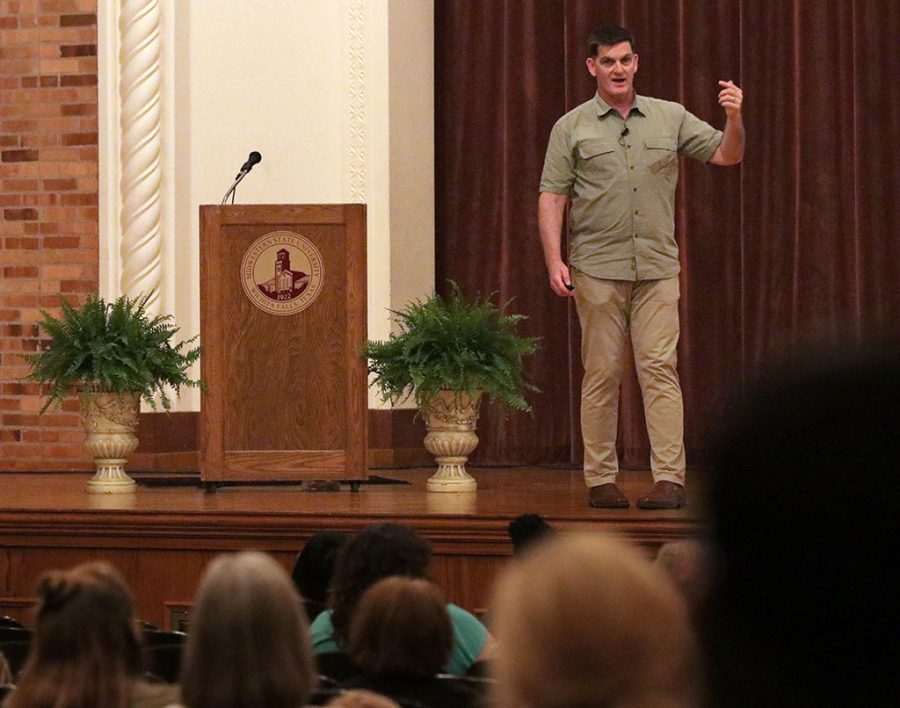