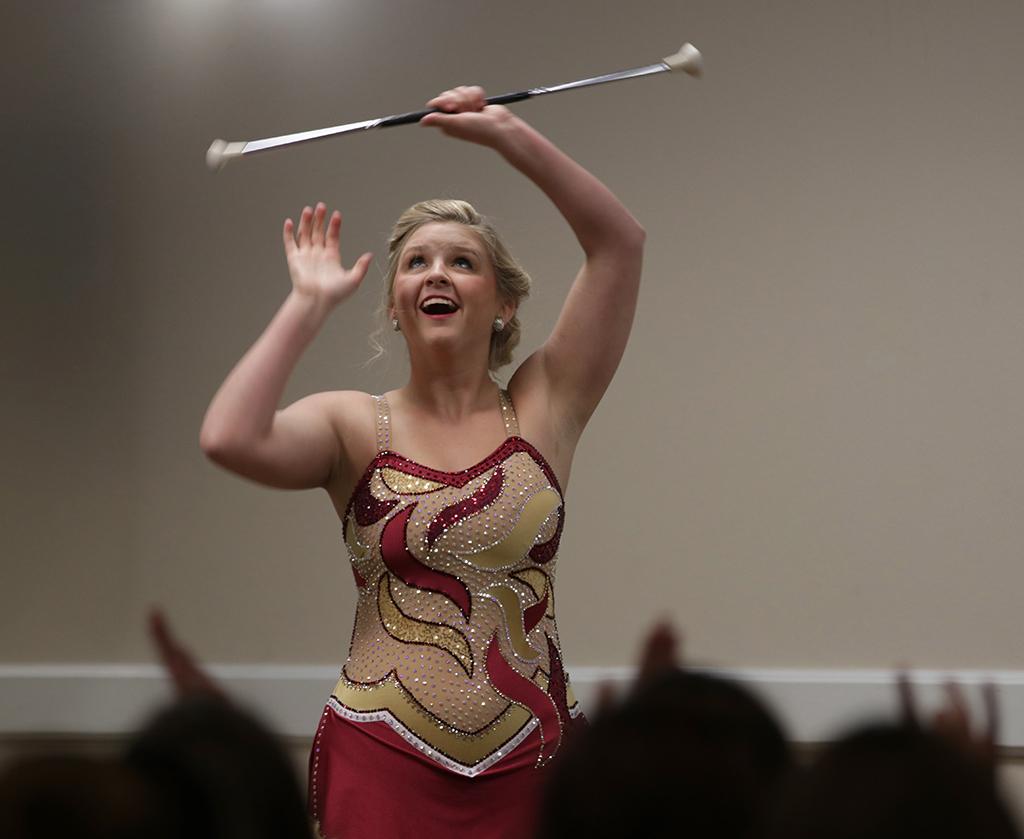 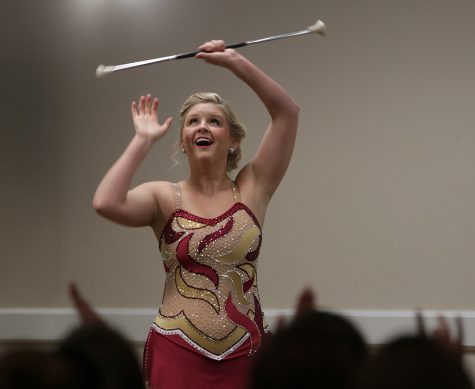 As a part of Greek Week and to raise money for the Order of Omega Fund, the Office of Student Involvement hosted a Disney-themed pageant in the Clark Student Center Comanche Suite on April 9.

The Office of Student Involvement will be hosting a series of events throughout the week aimed toward raising money for the Order of Omega Fund and other philanthropic pursuits such as donating to the Humane Society of Wichita County.

“Greek Week is supposed to highlight the four pillars of the Greek community here at Midwestern: leadership, service, scholarship and unity,” Jesse Brown, coordinator of student involvement, said. “It is just a way for the fraternities and sorority community to show what they are truly about to the other students on campus and to the community at large.”

One of the events kicking off Greek Week was the pageant. Around 75 people attended the event, most of them being members of an active sorority or fraternity. 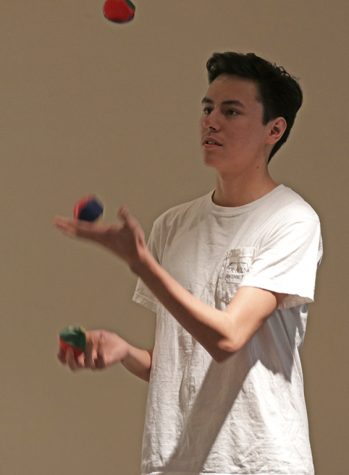 The participants were tasked with dressing up in line with the pageant’s Disney theme. Some of the costumes included Rey from “Star Wars,” Woody from “Toy Story” and Mario, despite him not being a Disney character. Winners of the pageant, Maggard and Venegas, dressed as Cinderella and Aladdin, respectively.

Though Maggard ultimately received first place for the women at the pageant she only answered one question correctly.

“I definitely wasn’t expecting [to get first place] because I didn’t get any of the [trivia] questions right for one, but it feels pretty good [to win],” Maggard said.

Finally, each contestant had to present a special talent of theirs to the audience. Contestants attempted to wow the audience and judges as they accomplished such feats from juggling, twirling, painting like Bob Ross and playing the banjo.

This event also acted as a way for members in different sororities and fraternities to interact with other groups on campus as well.

“It gets everyone together. It gives everyone a chance to compete, but we also get to bond with other groups as well and I met a lot of people I didn’t know,” Maggard said.

Venegas said he enjoyed the event and was excited to experience it as a freshman.

“I enjoyed it. I like being around all these people. It’s really cool,” Venegas said. “I know they took it out of Greek Week last year and now they brought it back which is a really cool experience because I am a freshman. Seeing everybody was a lot of fun.” 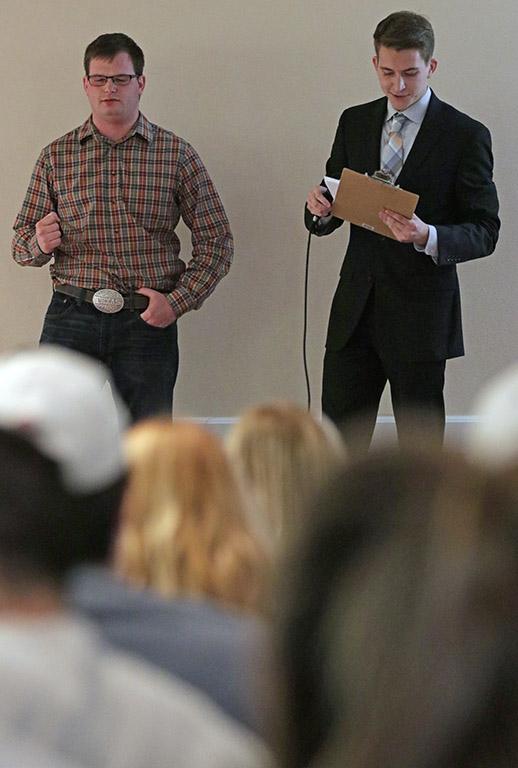