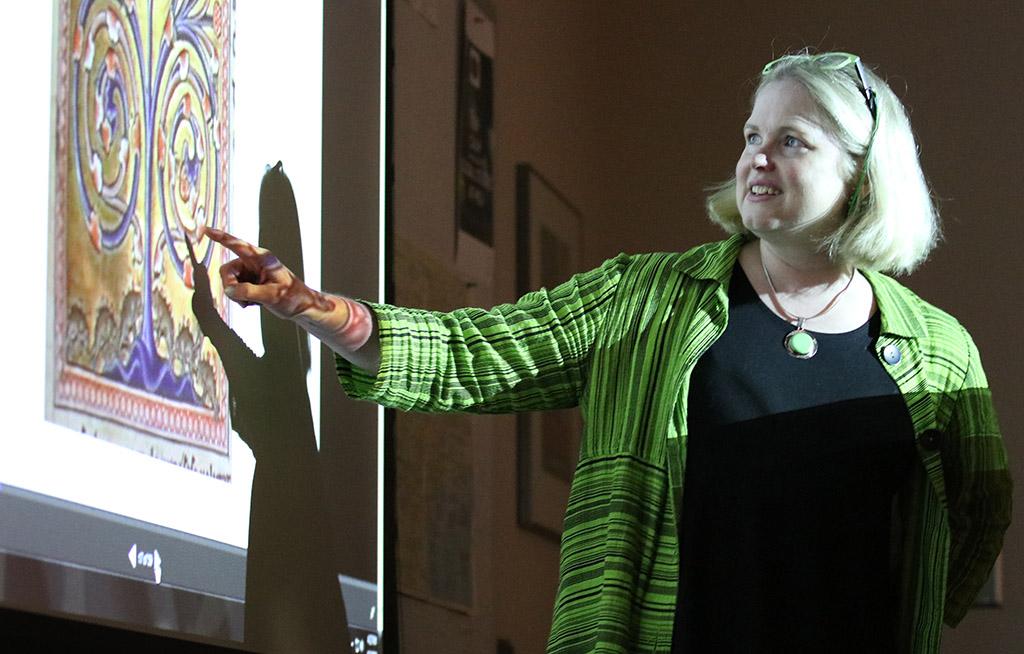 Faculty lectures on the perceptions of animals in history

More than 70 students gathered in Prothro-Yeager on Monday, April 2 to hear Kirsten Lodge’s, faculty research coordinator, lecture about “The Western Perception of Animals.” The lecture given was a condensed version of a class taught by Lodge titled, “Animals in Art and Literature.”

During the lecture, Lodge explored the differing opinions about animals in various cultures and throughout history, discussions of animals rights, the relationship between humans and animals and the changing ways that societies view animals were brought up.

For Lodge, the study of animals has been a lifelong pursuit.

“I’ve always loved animals. I grew up with all kinds of pets,” Lodge said. “That’s because my mom loved animals. In college, I became interested in a Russian poet who wrote about animals with sympathy. I love animals and so I started doing research about the perception of animals in Western culture.”

Lodge started with animals in antiquity, citing Aristotle and the Bible and continued through the Middle Ages, the Renaissance and on through modern times. She taught students about the complicated and often-changing ideas and philosophies about animals and explained the reasoning behind these ideas.

A large number of students said they were interested in the lecture; so many students attended the lecture that the lecture was moved to a larger room in order to accommodate size of attendees. Lodge mentioned that she was very surprised by the turnout, especially considering the little publicity that had been given to her lecture.

Lodge said, “I was very surprised by the turnout. I didn’t think that it was well advertised, but I guess it was partially the offer of extra credit [that drew students]. I only expected around ten people.”

Many of the students that attended were offered extra credit in their U.S. History class by Whitney Snow, history assistant professor, but some students also came to learn about a unique topic that they were curious about.

Hixon Frank, a dual credit senior in high school, said, “I came for extra credit, but I also hadn’t been to any lectures outside of my classes and wanted to try it out.”

Some students said they were surprised by some of the things Lodge taught.

“People thought that animals were incapable of feeling,” Amber Ewin, dental hygiene sophomore, said. “That blows my mind that they would even consider that to be true. It’s obvious that they can feel pain. That’s why I think it’s so interesting that there’s such a large culture that really thought that humans were so superior that animals wouldn’t even feel the things that humans would do to them.”

The lecture also raised some interesting questions for students about the rights of animals, and according to Frank, the ethical and moral debates creates ongoing discussions.

“I don’t know exactly where to draw the line [about the rights of animals], but like Dr. Lodge was saying, nobody else does either,” Frank said.

Lodge’s questions taught students the history of animals and brought up questions and discussions after the lecture as students and faculty considered the implications of her lecture. 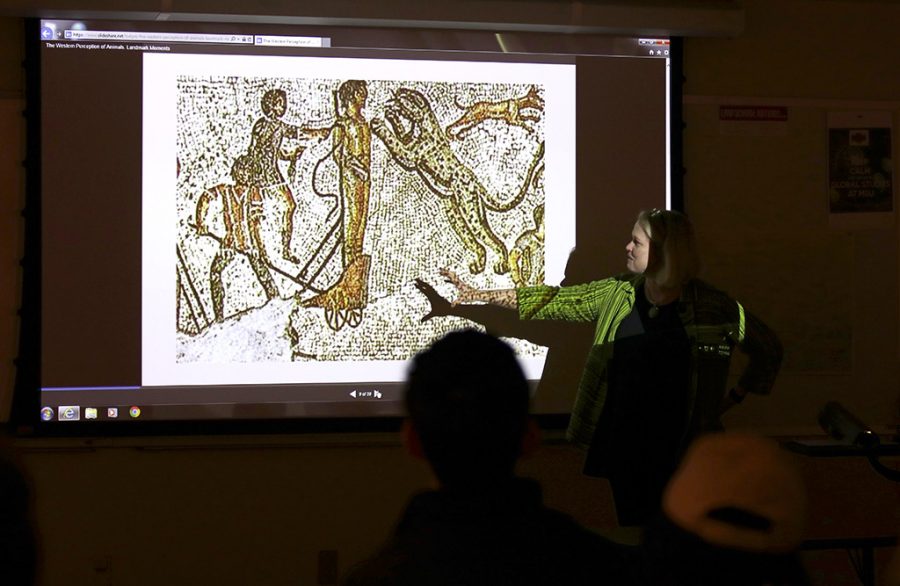