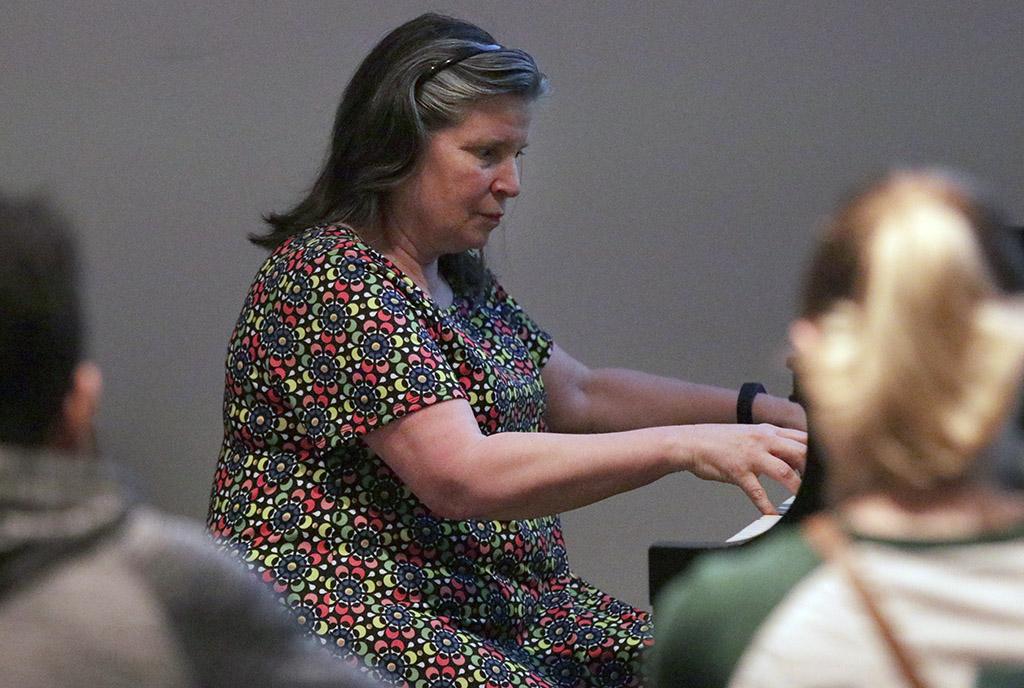 Their offices are filled with stacks of paper — some messy, some clean. When a student enters the office to discuss advising and other means of business, they are greeted with a smile and a firm handshake. A sense of urgency flows from their being as they are taking time from their day-to-day tasks of a dean to meet with students. The six people chosen to be the head of each college are informative of how faculty are paid according to market demand and why the Dillard College of Business Administration is paid a great deal more.

Matthew Capps, dean of Gordon T. and Ellen West College of Education, became the dean in 2002. He said the average salary of faculty in the education are paid less than the average of the other colleges because of how relatively new and young the professors are.

“I hired 17 [new faculty] in the last eight years,” Capps said. “Every time you hire a new person they start down at the bottom of the salary range. It takes time to get those up.”

Capps continued on and said the salaries are not determined by him but by the business office.

“We don’t get to decide what the salaries are,” Capps said.

“I’ve been here for a while and what we do [in education] is train [students] to be teachers, principals and school counselors,” Capps said. “Half of my experience is from being a teacher and principal.”

Martin Camacho, dean of Lamar D. Fain College of fine arts, became the dean in 2014. He said the salaries of the faculty in the College of Fain Fine arts are determined by the demand of the market.

“There are positions more scarce than others and they [the more scarce position] would have to be paid more,” Camacho said. “There is more supply than the Fine Arts institution demands which means faculty are paid less.”

When looking to fill a position, the scarcity of the position is taken into consideration when deciding starting salaries.

“This is an unfortunate situation and is something that many perceived as unjust,” Camacho said. “But since we live in a capitalist country where sa

laries are paid by supply, demand and scarcity then institutions have the privilege to abide by those rules.”

Samuel Watson, dean of Prothro- Yeager College of Humanities and Social Sciences, became the dean in 2004 after working here for seven years. He said the salaries of faculty in humanities and social sciences are determined by market factors and are based on the College University Professional Association (human resources) survey. CUPA-HR is a report on the salaries obtained by higher education educators and shows the average salary of those by age, gender, ethnicity, years in position and demographic.

“That’s a resource book that I, and other administrators, use to determine what starting and average salaries in different disciplines are,” Watson said. “When I try and hire someone I look up the most recent data set on their position and [the business administration] offers them a competitive starting salary based on that data. When they agree to come here, that starting salary is important because it’s what future raises are based on. The salaries vary by position.”

Watson added that faculty can take on a summer contract and make additional money that way.

According to Watson, his salary is a portion of a dean’s salary and a portion of faculty salary on a 12-month contract.

“Comparing nine-month faculty salaries to 12-month administrative salaries isn’t exactly comparing the same things,” Watson said. “If I went back to being a professor then my salary would be adjusted to what a full time professor makes in political science on a nine-month contract.”

Jeffrey Killion, interim dean of Robert D. and Carol Gunn College of Health Sciences and Human Services, became the dean in 2016. He said filling open positions for each department is dependent on the demand and market for said position.

According to Killion dean’s salaries are a reflection of the size of the college as well as other aspects such as experience.

“The way they [business office] look at that is how big the college is,” Killion said. “This is one of the biggest colleges on campus, and that’s just one part of it. The years of experience, knowledge and scarcity [for the position] can have deciding factors as well.”

Margaret Brown-Marsden, dean of the McCoy College of Science, Mathematics and Engineering, became the dean in 2015. She said the college bases faculty salaries off the demand in the market, by experience and number of years in the field of work.

“It’s often the case within certain disciplines we have to be competitive in the market,” Brown-Marsden said. “We want quality faculty teaching our students so in some ways we are hiring [faculty] away from their other opportunities [in a career field]. We also have some professors that have started from donor funds.”

According to Brown-Marsden, business faculty make a higher faculty average salary because the school has to take them from a career outside of teaching where they could be making more.

“We want people who are good at business,” Brown-Marsden said. “But we’re often asking them to come in from different places [where they could be making more]. They also have some faculty who have been brought in on donor money.”

Jeff Stambaugh, dean of Dillard College of Business Administration, became the dean in 2017. He said the business faculty pay is determined by the market that year.

According to Stambaugh, faculty were asked to put in extra work to maintain this new standard of educating students when the school decided to become accredited by the Associations to Advance Collegiate Schools of Business. Since becoming AACSB accredited those in charge of salaries made a goal to get the salaries of business faculty from the 10th percentile up to the 25th percentile.

“The business professors who make the most money are the big name researchers,” Stambaugh said. “The highest paid business professors are going to be at schools such as UT Austin and Texas A&M College Station. If someone wanted to make more money they would have to publish higher research so that they could go to those more research oriented schools and draw those higher salaries. It’s well known that schools like Midwestern, with a teaching focus, will not be near the top [percentile] of the salaries.”

READ MORE ABOUT FACULTY AND STAFF SALARIES AT MSU.