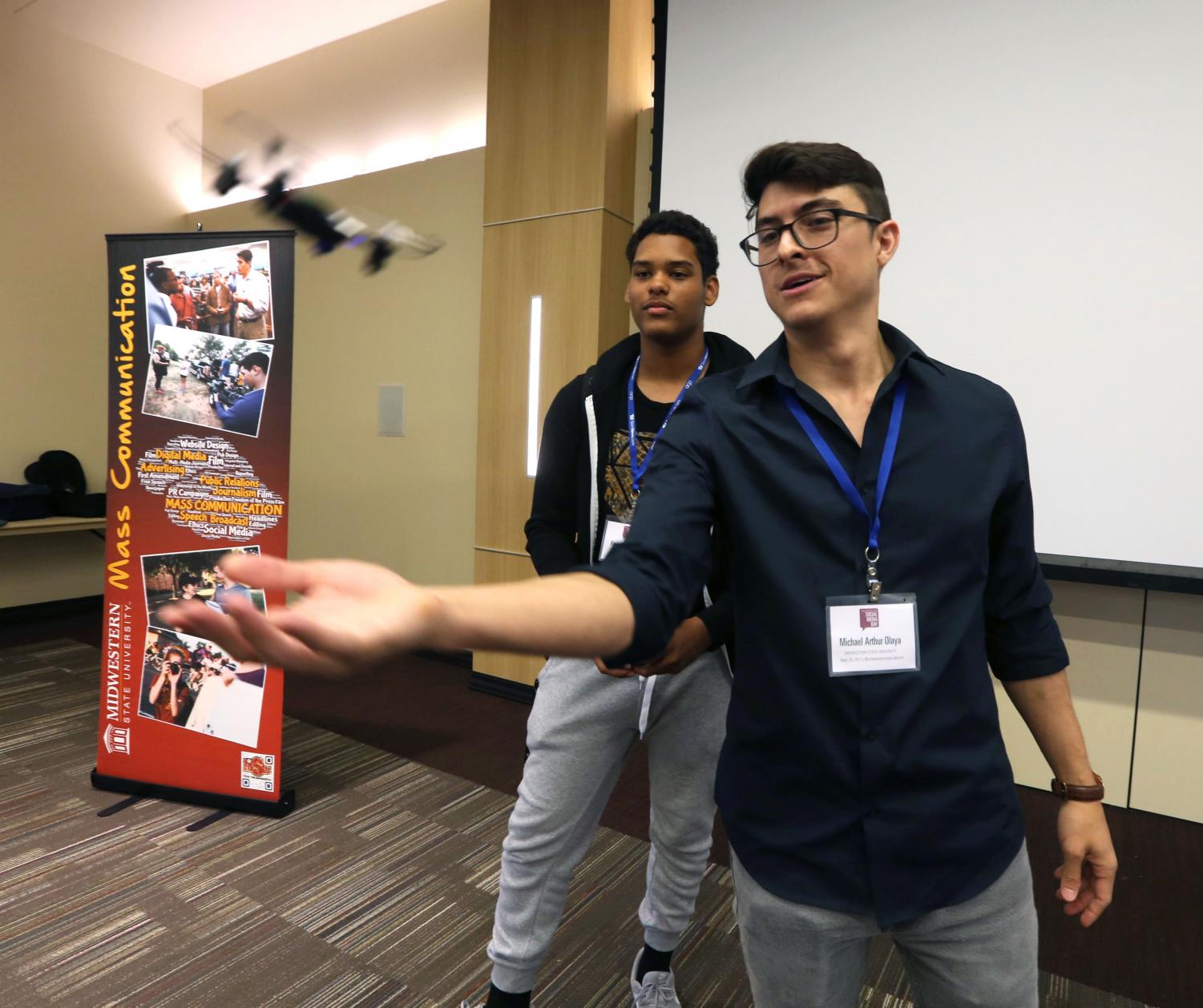 From student engineer to superhero

To stress the importance of drive and technology in social media, mechanical engineering and physics senior Michael Olaya conducted the session “How Flying Robots Will Give You Superpowers” as part of Social Media Day, on Sept. 25 in the Legacy Hall Multipurpose Room.

However, his 60-minute session, presented to about 100 people, was different than the previous how-to sessions on Twitter, LinkedIn and Instagram.

Olaya opened up his session with an idea: You could either teach someone how to build a boat or you can give him the drive to long for the ocean, which will produce more fruit in his life? When someone is driven rather than taught, the rest will fall into place. His plan was to drive students to want to pursue something greater, to be better people.

“I think this thought experiment is really helpful in helping us ask ourselves: What is really important? Here we have a group of people doing a very specific thing and we place a very large emphasis and focus on them, yet, if they disappeared, nothing would change. Then we have this other group of people and if they disappeared, life as we know it would come to a complete halt,” Olaya said.

Olaya then stressed the importance for each student of putting his or her goals into perspective and to focus on what truly matters. He advised the audience to build their own lives on a foundation that is important.

Olaya said, “I want to plant a seed in your brain and it is that we live in a technical world. Everything around us is premised upon technology and science. If you want to participate in this technical world, you have to become a technical person.”

To be active, involved and to have an impact in this world, you must have to be knowledgable in how it operates and in today’s context, the emphasis is technology and science.

He then challenged those who argue his point. That what actually matters is social studies, culture and politics. Olaya talked about how birth control, a great advancement in technology, is a crucial part in women’s rights.

“If you want to get to the root of the issue, you have to strike the root,” Olaya said.

There are no political solutions to social issues, only technological and that the solutions to the problems are within our minds, rather than in Washington.

To show the strength of technology in building your influence in the world, Olaya referenced Casey Neistat, one of the world’s biggest Internet video bloggers.

“Because he uses technology in such a big way, he is very successful. His audience is very massive,” Olaya said.

Neistat gains 40 million views a month on his YouTube channel, almost half of the 100 million views major news channel CNN gathers. Olaya drives home to point that when you participate in the technological world, and become involved in social media, science and technology, you can gain a massive amount of influence.

Finishing his point, Olaya said, “It is that [technology] that allows this David [Neistat] to compete with this Goliath [CNN].”

Students and other attendees left Social Media Day with a new sense of courage and excitement to be actively involved in their community through social media and technology.

Alejandro Cervantez, Hirschi High School junior, said, “I learned to not really focus on your past, but focus on your future and what is in front of you. Let the little accomplishments make you feel encouraged.”

Some students even left the event with new insight on how they can utilize their social media presence for potential job opportunities.

“I wanted to see how I could improve my social media skills and get my brand out there. I learned about LinkedIn. I had no clue that even existed. If I could learn to use that, I could get my name out there and get business opportunities,” said Terry Clouse, Harrold High School senior. 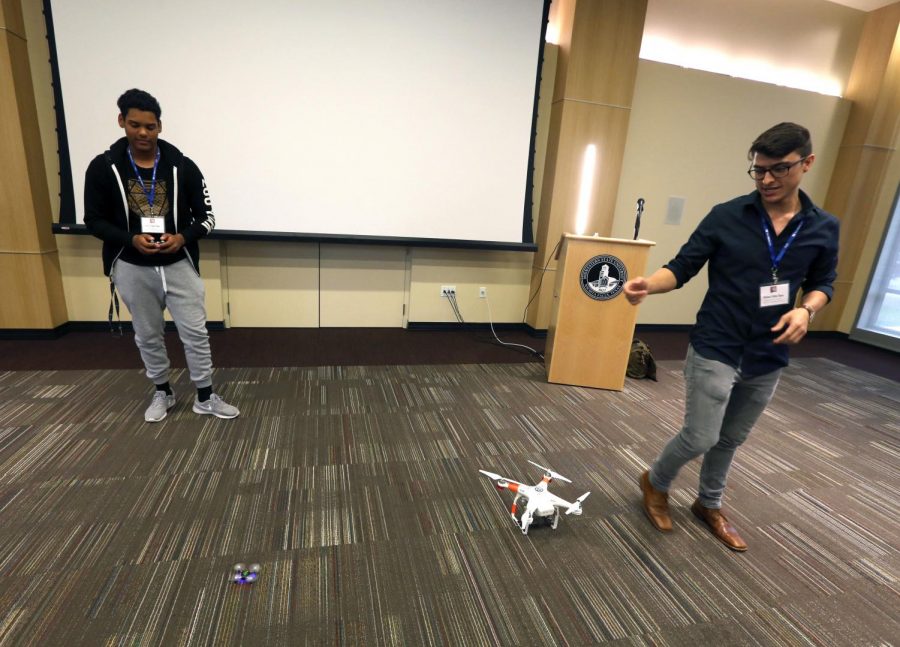