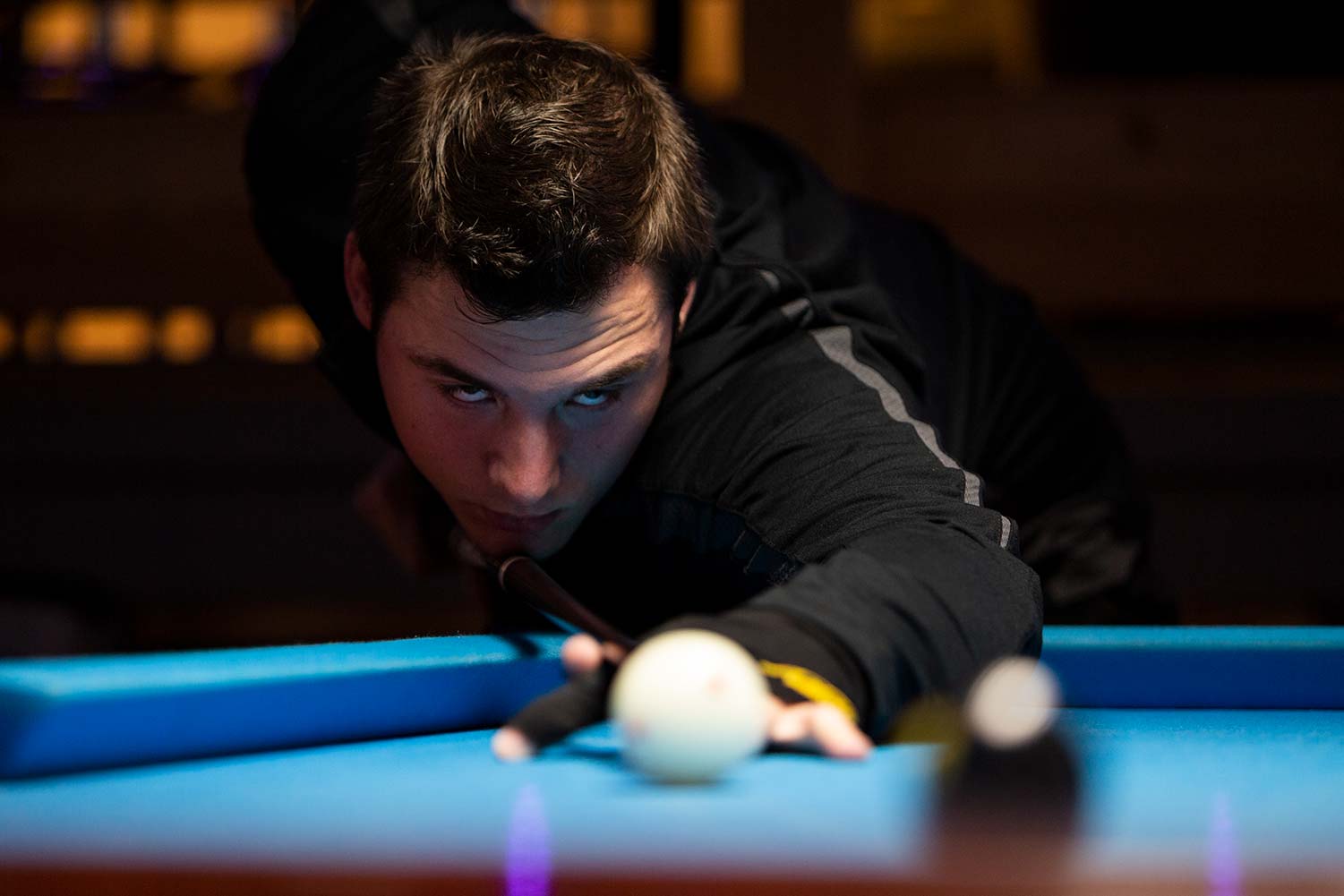 Sport and leisure senior Michael French prepares to take a shot, Nov. 30. French has been playing pool competitively since his second day on campus. (Colin Stevenson)

Sport and leisure senior Michael French prepares to take a shot, Nov. 30. French has been playing pool competitively since his second day on campus.

Sport and leisure senior Michael French’s main aim was to become a personal trainer after college. Now, his aim has been directed to the sport of pool, where he travels across the country to compete against the best for cash prizes while building his brand.

French started out playing pool for fun, as he would go to bowling alleys and skating rinks to casually play with his friends. French’s introduction to competitive play started on his second day on campus. After French saw people playing pool, he joined them and started playing. He heard there was a tournament coming up in the next two weeks and chose the play in it. French said the tournament was, “12 players. 1 game, single elimination,” which French described as “pretty brutal for a tournament.” Despite the challenge, French won the tournament.

Soon after his first tournament, French gained a second tournament win. But this one came with some added adversity

“I broke my pinky knuckle in my right hand, which is my backhand. And a second tournament came up. I had a wrap around my hand before I had my cast on and I played in that second tournament with the wrap on and I got first in that one too. So I just figured I had a pretty good head start as far as a natural talent for the game and that is all she wrote I just became obsessed with getting better,” French said.

At this point, French figured out he had a head start and a natural talent for the game. French would spend hours and hours on YouTube and online learning about the game. After participating in local tournaments, French flew out to South Carolina to compete in the Diamond Open which featured 128 players and some of the best pool players in the world.

“I didn’t do quite as well as I wanted to in that tournament, but I got a ton of experience. I got to get a lot of great advice from a bunch of different pros from all around the world. So it was honestly a really great experience overall,” French said.

French has had opportunities to travel to various locations to play pool. French has gone to Houston, San Antonio, South Carolina, Oklahoma City and even Las Vegas to play pool for 8 consecutive days. His best experience playing pool was during a local tournament in Wichita Falls at Fast Eddys pool hall. The tournament is named Addy’s Avengers.

“It is a fundraising tournament for a little girl named Addy and she has cystic fibrosis so all the money gets raised at that pool tournament gets given to her and her family to help Addy,” French said.

French is dedicated to the game of pool and said it’s something he wants to do long term. French originally planned to do personal training until he realized it wasn’t really what he thought it was going to be. Now,French has aspirations to teach or coach a billiards team for a D1 or D2 college.

“It’s something I want to do for the rest of my life,” French said. “It kind of shifted my focus to potentially teaching or coaching a billiards team for a D1 or D2 college and I looked into it. There’s quite a few D1 colleges that have billiards teams and I would love to coach one so we compete against other colleges and stuff. And I think that would be a really awesome story,” French said.

French also has a social media dedicated to the sport, where he creates pool content for all kinds of audiences.

“I’m gonna continue with my social media and continue putting pool content out there. Whether that’s for beginners or all kinds of audiences out there that love pool,” French said. 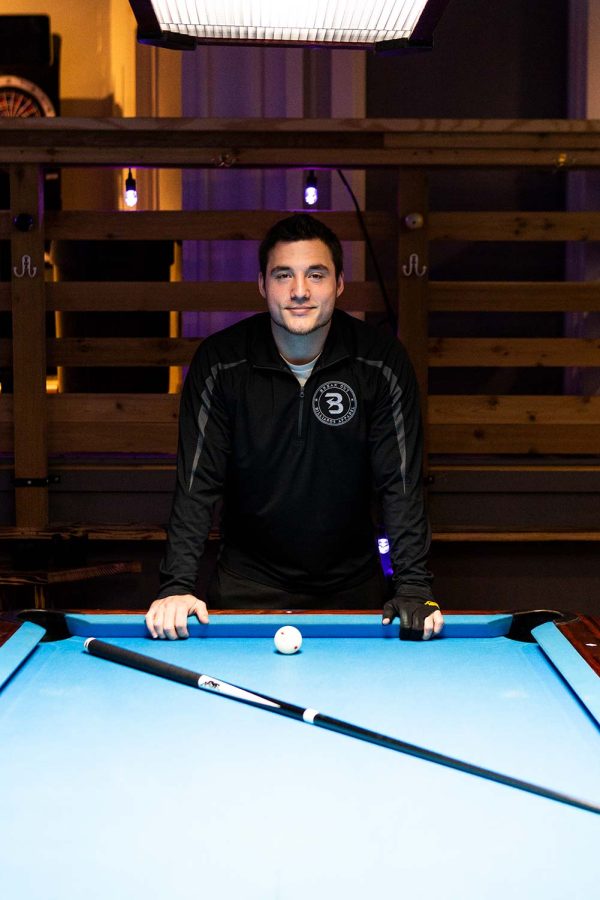 Gallery|3 Photos
Colin Stevenson
Pool player Michael French stands at a pool table with a cue ball and his custom cue, Nov. 30. French has hopes to one day coach a college billiards team.

With balancing school and participating in tournaments. French makes it a priority to get all of his school work done before he heads out to a big tournament, which could last up to 15 hours.

As soon as French enters a pool hall, he said he tries to find the best player to play so that he can measure his game to them. If they are better than him. French asks them for advice and if French is better he gives them advice.