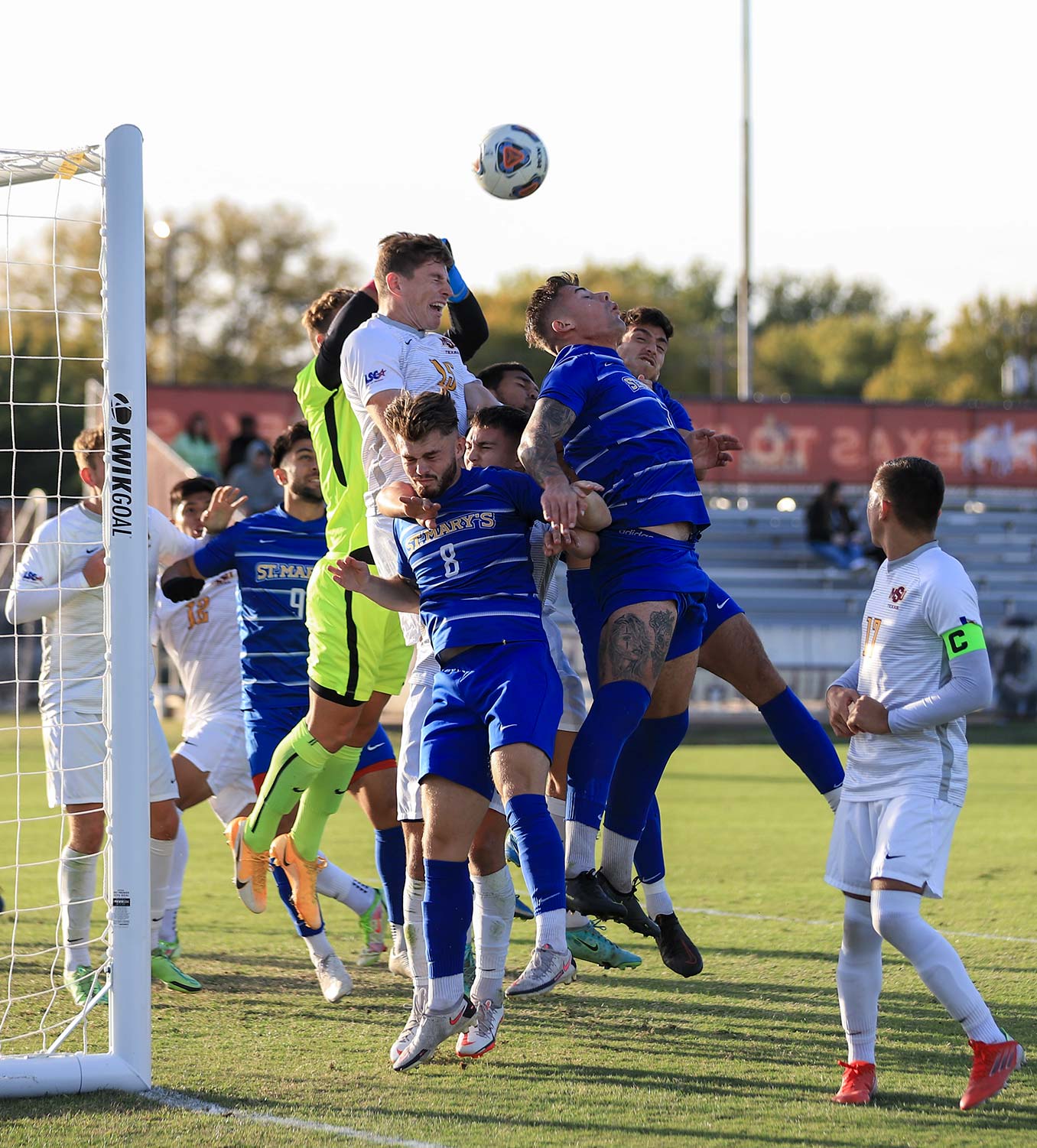 Midwestern State Men’s soccer holds on for the 2-1 win over St. Mary’s University despite windy conditions with a goal from Trevor Amann (No. 9), forward and mathematics senior, and an own goal from St. Mary’s at Stang Park on Wednesday, Oct. 27.

“We had an excellent first half going against the wind. So, for us to get two goals against the wind is huge, and then to keep them in a shutout in the first half was perfect for us. So, I want to commend the team for that,” Carlos Flores (No. 17), captain, midfielder and kinesiology senior, said.

Amann recorded his 12th goal of the season early in the 17th minute of the first half. Sebastian Kennedy (No. 2), defender and mechanical engineering junior, had a one-two with Julian Barajas (No. 20), kinesiology senior, that allowed the ball to get closer to St. Mary’s goal box. Kennedy chipped the ball to connect with a header from Amann and it went past the goalkeeper’s hands to put the first goal of the game for MSU. Barajas’ assist made him the team leader with his 7th of the season. In the 26th minute, Barajas pressed his way in the goal box, forcing a mistake and forcing an own goal from St. Mary’s that was credited to Barajas.

“I kept pressing inside the box and was trying to pass to Amann, but it went over and they made a mistake. It was lucky, but I’ll take it. I’ll take any goal,” Barajas said. “It helped keep the victory and we were 2-0 in the first half.”

The wind began to slow for the second half, giving Midwestern State some relief but St. Mary’s kept pushing offensively. The visiting team looked for ways to score, but the ball didn’t find the back of the net in the first half for St. Mary’s.

“The second half got a little tougher. The wind kind of slowed down, so it was more of an even game now,” Flores said.  “I noticed the pressure from their offense building up.”

St. Mary’s Rattlers found the back of the net in the 62nd minute marking a goal from Liam Morrison and an assist from former Mustang, Erwin Regules. The Rattlers’ offensive picked up, but no more goals went past MSU’s goalkeeper, Marc- Antoine Huzen (No. 29), marketing senior.

“I think they [St. Mary’s] were fighting really hard against us. I think we still did our job because sometimes we need to suffer, you know,” Huzen said. “We can’t just come with our hands in our pockets and just play when we want. We need to suffer to build that mentality. I think tonight we did enough to win. We were consistent enough, so that was good.”

The Mustangs held on for the victory with eight shots on goal. Amann led the offensive fight with six attempts on goal and Huzen protected his goal with no more goals from St. Mary’s. Midwestern play Dallas Baptist next with an away game Saturday night at Patriot Soccer Field. The kick-off is set for 7 p.m.

“Fortunately, we were able to pull out the victory,” Flores said. “That’s what good teams do, right? Big games we show up and we always find a way to win.” 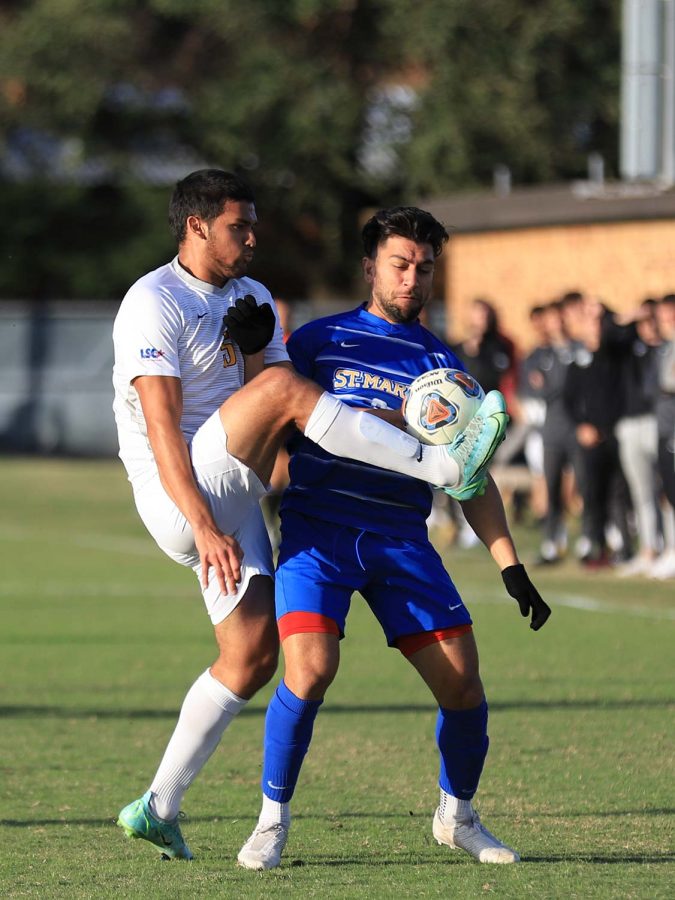