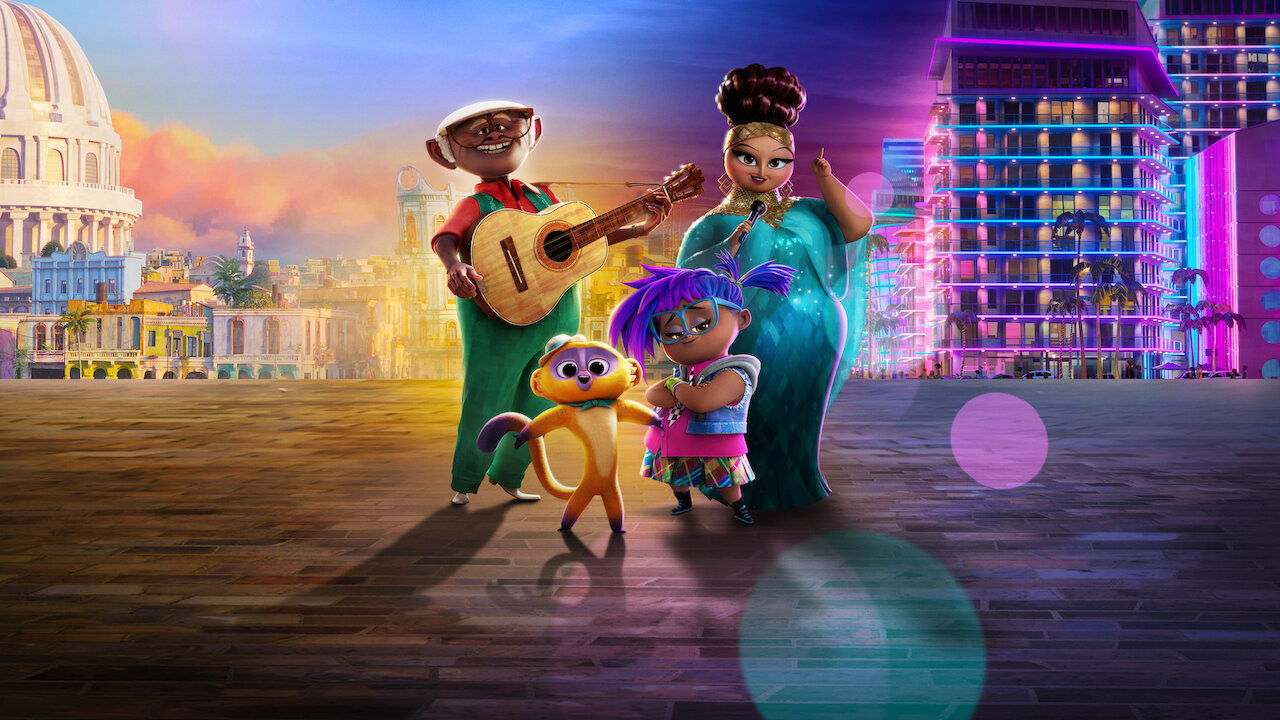 “Vivo” has a flimsy middle act but a strong, emotional drive

“Vivo” is a Latinx lead animated movie, with Lin-Manuel Miranda starring as the lead role and composing the score. While a kid’s movie, “Vivo” doesn’t hesitate to present emotional beats a lot more poignant and tragic than to be expected. While I loved the emotional core of the film, the second act lacks a sturdy bridge for the third act arcs to stick the landing, with characters suddenly changing opinions and motivations on the fly. The first and third acts of “Vivo” are strong, but the middle needed another few screenplay drafts to refine character arcs and gradually introduce sudden turns in motivation.

“Vivo” begins with a strong, energetic, musical number by our kinkajou protagonist and his human, musical partner, Andrés.  Vivo’s world turns upside down with the introduction of Marta, the long-lost love of Andrés.  When Andrés is invited to perform at a concert in Miami, Andrés tells Vivo that he wanted to sing Marta a love song that he wrote for her before she embarked on her musical career but didn’t have the courage to voice his feelings. Vivo initially hates the pursuit of disrupting their schedule and routine together. However, he dismisses this status quo mindset and becomes excited to go to Miami with Andrés, only to find that Andrés passes away the night after he receives the letter, only ten minutes into the movie. With this defying of expectations, I was really interested to see where the movie went from here. However, this emotional energy doesn’t find a reprise until the film’s conclusion, fizzling out in the middle, as Vivo catches a ride to Miami in the backpack of a girl named Gabi, a character the story intentionally makes annoying.

“Wreck-it-Ralph” is another kid’s movie that introduces an intentionally badgering sidekick for the protagonist to warm up to. Ralph initially dislikes Vanellope von Schweetz but eventually sees they have a lot in common in their shared status as outcasts, and we, as the audience, warm up to Vanellope too. However, the shared experience between Vivo and Gabi isn’t revealed until the third act of the movie, so I was honestly left just as annoyed with Gabi as Vivo is in the film. The audience never gets to see what Vivo and Gabi have in common until the third act, after Vivo already warms up to her…for no reason. The emotional beat, when we do learn Gabi’s connection to Vivo, is powerful, but I was left wondering how great that through-line would have been if it was phased into the second act. By the time Vivo warms up to Gabi, it’s not for any connection to her, and I was left feeling like the movie just said “and now they’re friends.” Kids might not notice it, but you will.

“Wreck-it-Ralph” also made Vanellope more likable by showing how she’s an outsider and how she’s bullied by the people around her. However, the preppy girl bullies in “Vivo” aren’t really targeting Gabi because they think they’re better than her but because they want Vivo to quarantine and vaccinate (seriously, those are their reasons). The film is ten years in the making, so I honestly don’t think the prissy girl scout characters were supposed to be stand-ins for COVID restrictions. Still, making antagonists in your story be motivated by wanting to vaccinate and quarantine other characters seems pretty tasteless during these times. Not only that, the film again lost an opportunity to make us feel sympathetic for Gabi.  This made the second act drag on longer than it should.  How Gabi relates to the emotional core of the film is a connection even Pixar would be jealous of, but those feelings were hard to tap into with nothing really drawing those elements into focus.

In a musical, any character the audience can’t sympathize with can at least have a catchy song to redeem them. However, Gabi’s song “My Own Drum” is bombastic, unpleasant and actually annoying. I feel like I have a pretty eclectic taste in songs, with musicals making up a sizable chunk of my Spotify favorites. However, I could not stand Gabi’s musical number, and Lin-Manuel’s well-written rhymes can only take a song so far. To discuss the music as a whole, the songs were probably on the lower end of what Lin-Manuel can produce. I think my favorites were “One of a Kind” and “Running Out of Time,” probably because they reminded me of the “Piragua” songs and “Blackout” from “In The Heights.”

While I wish “Vivo” had stronger support for its very inspiring and emotional drive, I hope this entertaining film introduces kids to diverse, artistic voices and makes adults say to themselves “I want to see ‘In The Heights.”  I’m giving this a 3 out of 5.