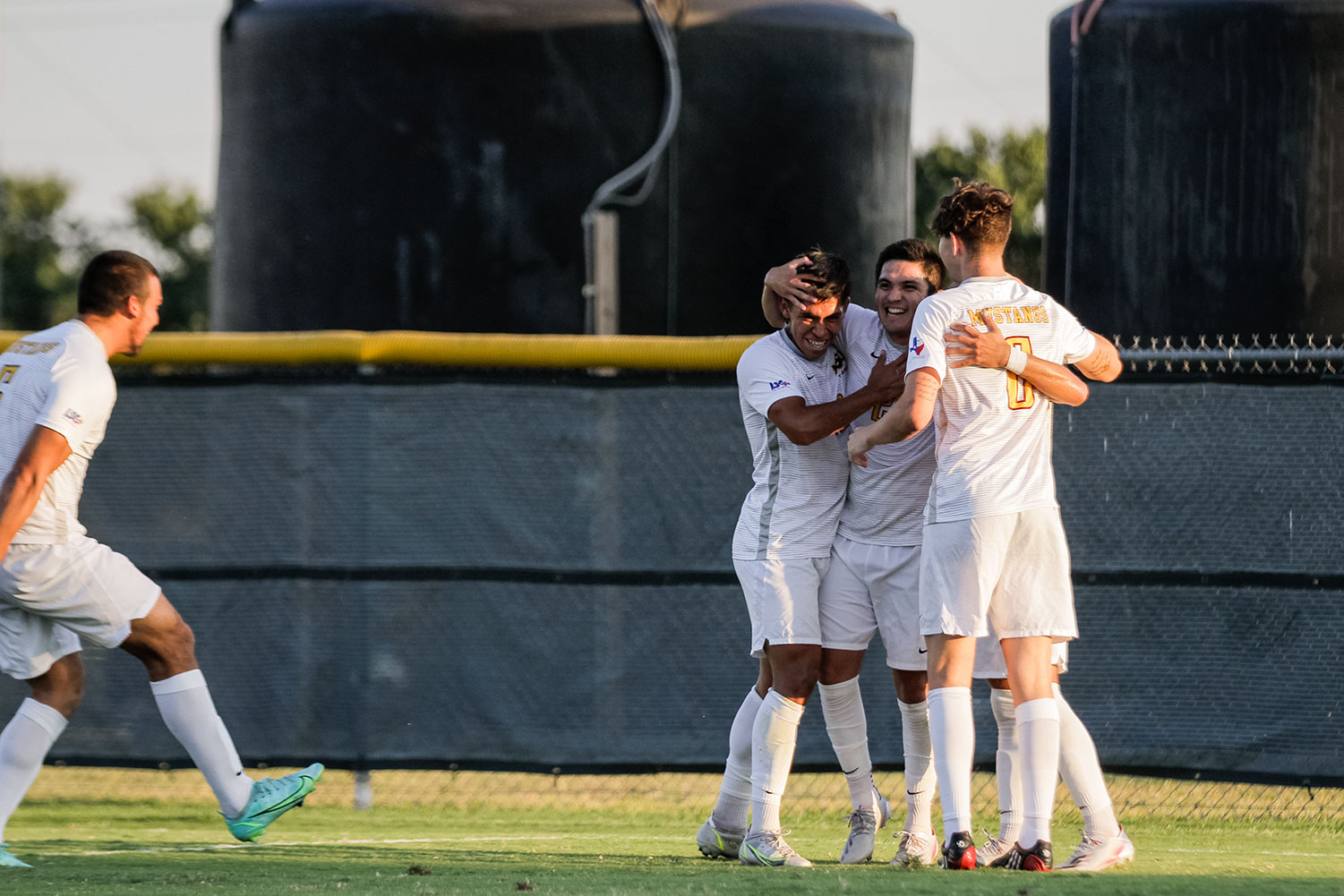 Teammates crowd around kinesiology senior and midfielder Julian Barajas after he made the third goal of the game against Simon Fraser, Sept 18. (Colin Stevenson)

Teammates crowd around kinesiology senior and midfielder Julian Barajas after he made the third goal of the game against Simon Fraser, Sept 18.

At their home stadium, Stang Park, MSU Texas men’s soccer outscored ranked No. 19 Simon Fraser from Canada, 3-0 Saturday, Sept. 18 at 5 p.m. The MSU Classic concluded with goals from Toi Yamaoka (No. 10), forward and sport and leisure studies senior, Mere Escobar (No. 11), forward and management sophomore, and Julian Barajas (No. 20), midfielder and kinesiology senior.

By the ninth minute, MSU’s #10 Yamaoka shot a goal that touched the back of the net from beyond the 18th yard box, with an assist from Carlos Flores (No. 17) midfielder and kinesiology senior.

“Toi Yamaoka did the first goal which started things off nicely. My assist came from the corner kick. I think we did a good job and handled them well. It was a tough game, obviously, Simon Fraser coming into Texas,” Flores said. 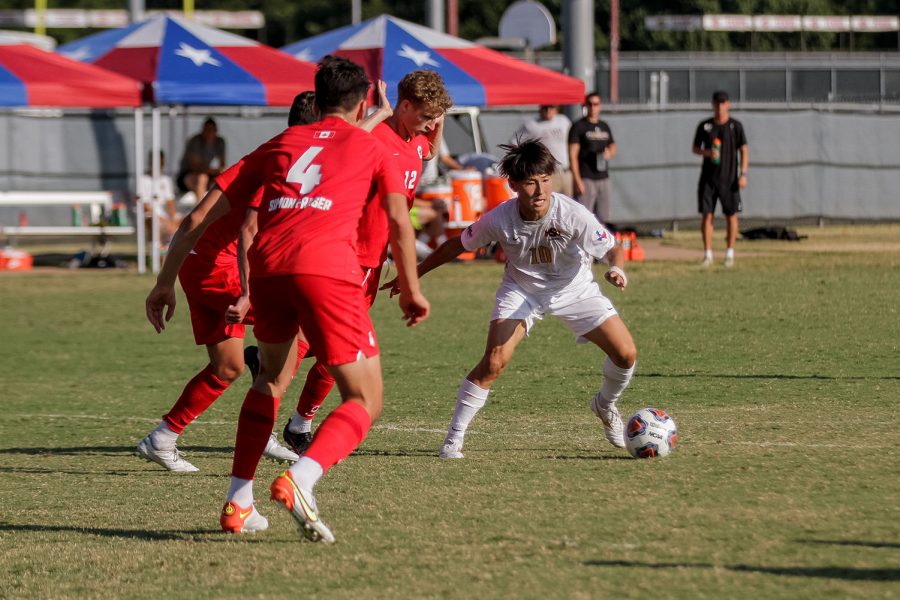 Gallery|2 Photos
Colin Stevenson
Sport and leisure studies senior and forward Toi Yamaoka works to send the ball to his teammates while dealing with pressure from Simon Fraser players, Sept 18.

For the remainder of the half, defense was coming from both sides. MSU took six shots in the first half and SFU had three. Each goalkeeper recorded saves for their team. No penalties for MSU helped keep the score 1-0.

The second half was still a battle of the defenses until Trevor Amann found himself sandwiched between two defenders and tripped in the box, setting up a penalty kick. The PK was awarded to MSU and the captain of the team, Escobar stepped up to the spot and made good on his chance. 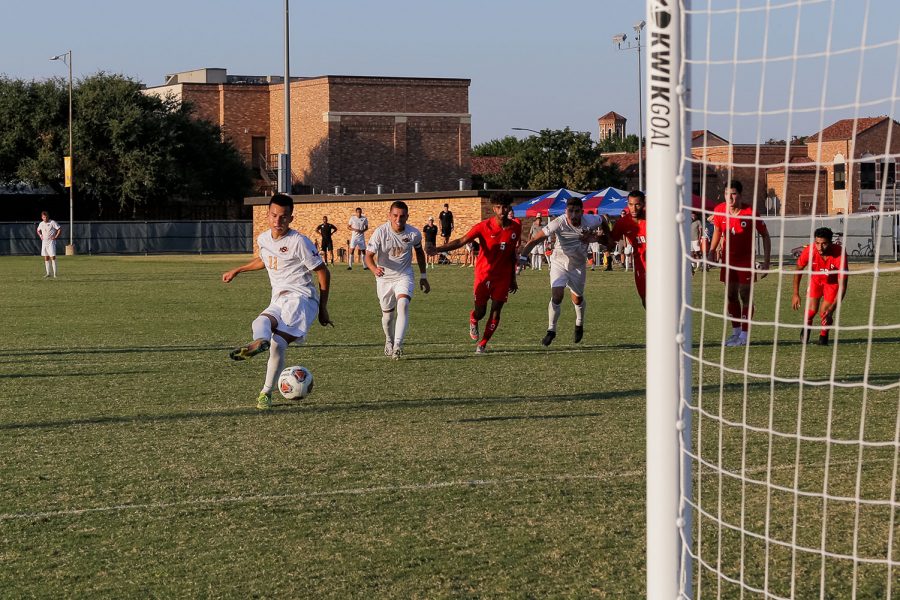 “I have always been the penalty taker everywhere I’ve played. I’m very confident in my ability to take them, so I step up and take it,” Escobar said. “It feels good to help the team out with a goal.”

With his first goal of the season, Barajas finished the match. Flores put a cross to the other side of the SFU’s goal and it connected with Rory Doyle’s (No. 16), midfielder and exercise physiology sophomore, head. The goalkeeper made the save, but Barajas took advantage of the rebound for the final goal of the match.

“My first goal after six games was actually really nice. With that goal we put the game away,” Barajas said. “Hopefully that keeps the momentum going. More coming soon.”

Midwestern State will continue with Lone Star Conference play. The Mustangs face West Texas A&M in a rematch of the 2020 LSC Tournament final. The game will start at 7 p.m. on Wednesday, Sept. 22, in Stang Park.