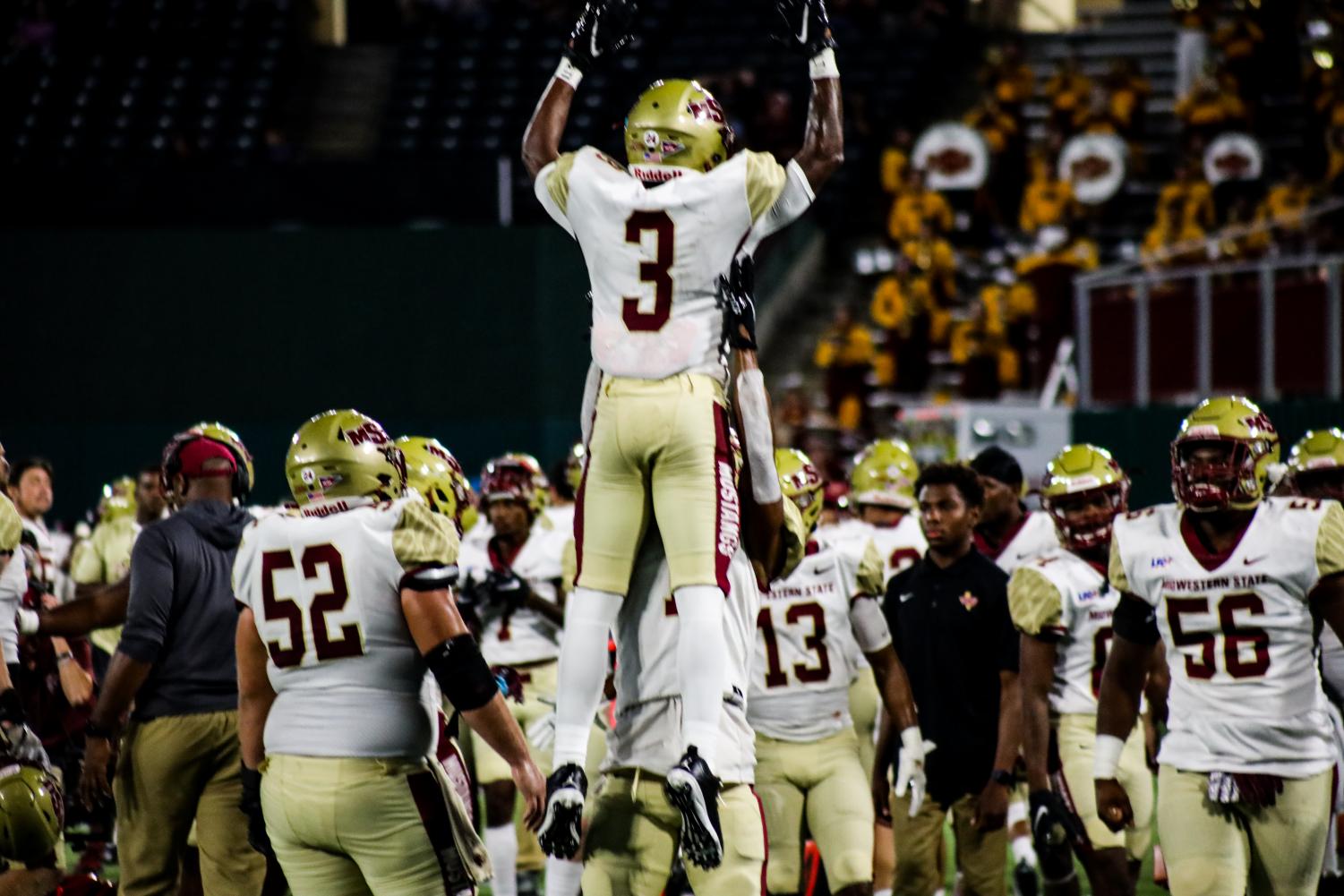 The Mustangs celebrate their 31-30 come-back over Texas A&M Commerce, Sept 11.

Playing at the former home of the Texas Rangers, Choctaw Stadium in Arlington, MSU Texas football trailed 5th ranked A&M Commerce by as much as 23 points before coming back and taking the lead 31-30 with just twenty seconds left in the game on Saturday, Sept. 11. 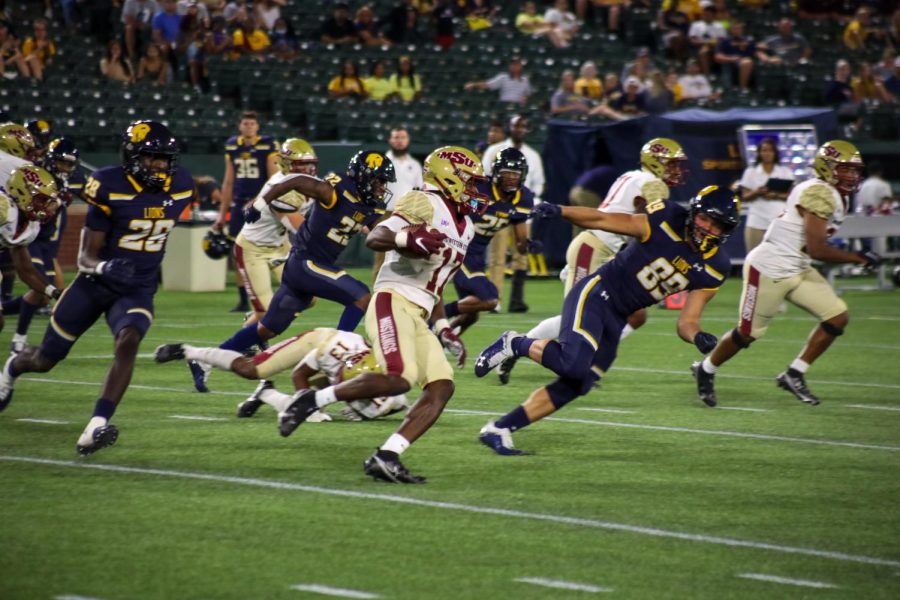 After the Lions scored their 30th point of the game in the third quarter, the Mustangs defense stepped up and held their opponents to 33 total yards the rest of the game. Dylon Davis (No. 16), defensive back and criminal justice sophomore, led the way on defense, recording nine tackles, a forced fumble, a tackle-for-loss, a pass-breakup and an interception which he returned 70 yards for the Mustangs first score of the game. Also standing out on that side of the ball was Justin Guillory (No. 22), linebacker and nursing junior, who recorded eight tackles and a sack.

On the offensive end the Mustangs were a perfect four of four on fourth-down conversions, scored in all of their redzone opportunities and dominated possession in the second half to defeat the Lions despite recording 113 less yards of total offense. Commanding the offense was Dillon Sterling-Cole (No. 6), quarterback and sports administration senior, who passed for 163 yards and three touchdowns. Ten different receivers recorded at least one reception, and three receivers recorded touchdowns, including Sam Hodges (No. 11), wide receiver and business senior, who hauled in the game-tying touchdown with 20 seconds left.  Ritse Vaes (No. 49), kicker and criminal justice freshman, completed the PAT to win the game and was a perfect three for three on PATs and also aided to the comeback with a 42-yard field goal in the second quarter. 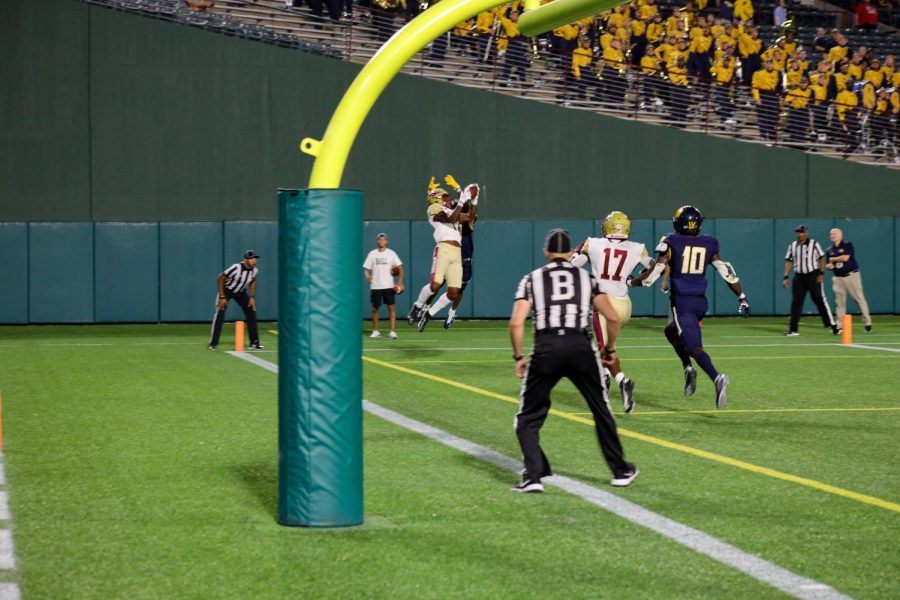