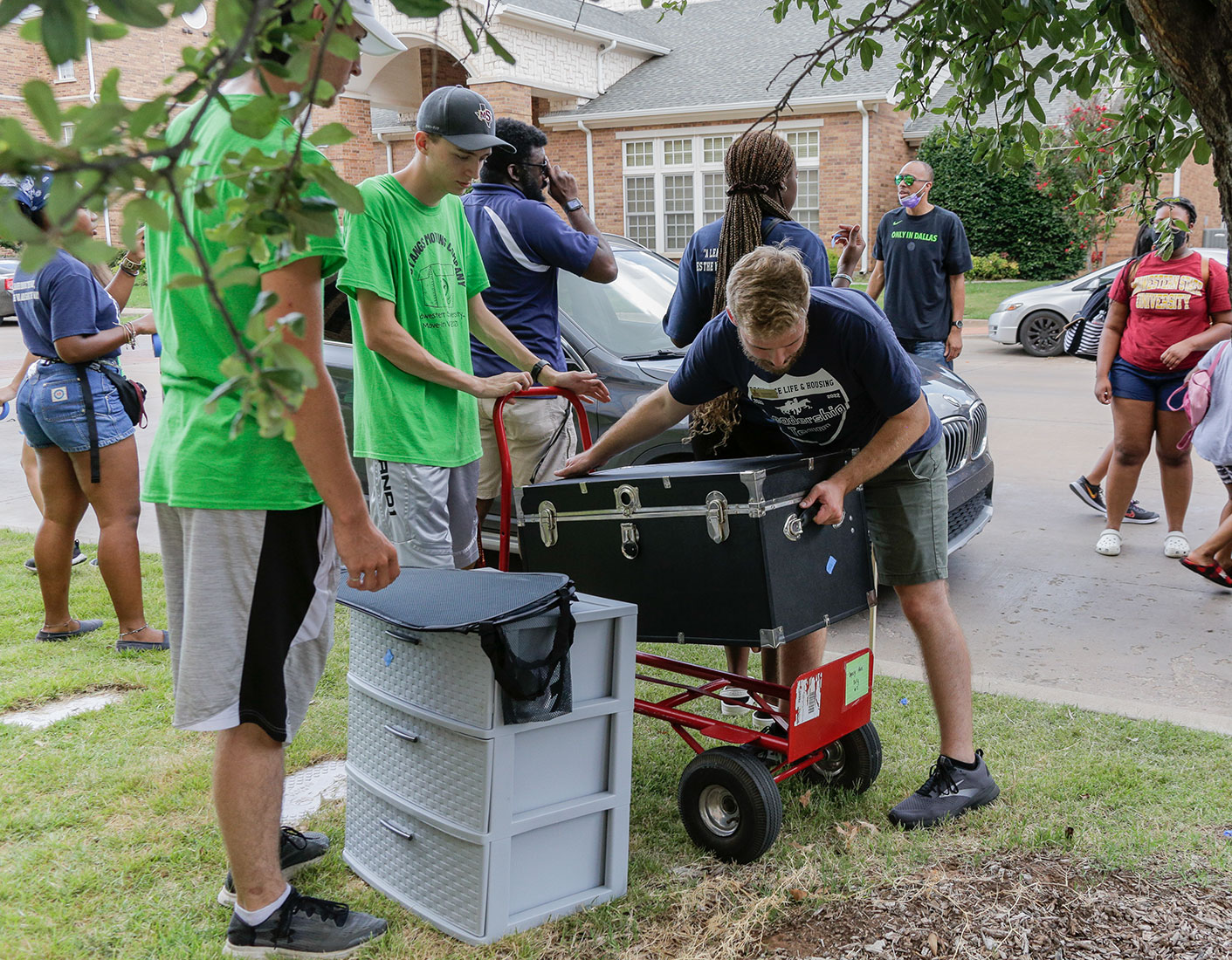 Computer science senior David Hawkins places a crate on a dolly to be taken up to a student’s dorm, Aug 15. (Colin Stevenson)

Computer science senior David Hawkins places a crate on a dolly to be taken up to a student’s dorm, Aug 15.

The MSU Texas campus sprung to life during the Fall 2021 move-in weekend and the ensuing Mustangs Roundup.

This year’s move-in continued the more structured process that the university adopted last year. Check-in was centralized at the Clark Student Center and was scheduled in waves, with roughly 10 students checking in within every 10 minute period. This occurred over three official move-in days and one informal. According to Residence Life and Housing Director, Kristi Schulte, there were nearly 400 early arrival students that moved in the week before official move-in began. Schulte also said there were about 500 students that moved in on the first official day, 150 on the second day and 150 on the second weekend or late arrivals.

“We did receive compliments from parents… [about] how straightforward the process was and that it was easy to manage,” Schulte said.

This proved to be true when Reese Johnson, psychology freshman, went through move-in. She said the process was easy and smooth from arrival all the way to unpacking in Legacy Hall.

“They were very efficient…. It was over so fast I didn’t even know it was happening,” Johnson said.

Most of the 400 early arrivals were there to lend a hand with the move-in process. The cheerleading team, the football team, volunteers, RAs and many others aided through the entire process.

“What makes [move-in] successful is the heart and soul of our volunteers and student staff,” Schulte said.

For many families, move-in is a monumental event. College is a huge step in a student’s life and Residence Life and Housing make it their goal to make that process as memorable and comforting as possible.

“It’s about working with our team to identify how we provide a good first expression or experience for families who are moving into halls,” Teresa Lopez, Residence Life and Housing project specialist, said.

Lopez noted that in the past, a majority of students who live in on-campus housing go home every weekend. To tackle this problem, Residence Life and Housing made sure events were happening every day from the first day of move-in through the first week of classes.

“So what can we do as a school to make the students feel at home and make them not want to go home,” Lopez said.

Johnson had only been on campus twice before moving in and thought the events during Roundup were a great way to engage students in campus and student life. The more opportunities there are for students to feel like part of a community, the more comfortable they feel.

“We have a responsibility and obligation to create a sense of community and home,” Schulte said.

Throughout the week, there were events hosted by an array of people. The Counseling Center had potted plant painting, Career Management discussed Handshake and made slime, MOSAIC hosted Minute-to-Win-It games and many other campus departments held events throughout the week.

“It was a lot of different departments chipping in, offering to help the students socialize and get to know each other,” Lopez said.

The university attempted to make the process as smooth as possible to ensure students were eased into this new stage in their lives. The goal was to have students more prepared for campus living by the end of Roundup.

“There’s a progression of [going to] orientation, and you get to move in… and then there’s a bunch of social events the first few days, and the farther you go in Roundup, it’s like the more traditional things are becoming. It’s a more slow progression into becoming a college student,” Lopez said.

Now that all students have been introduced to the university and settled into their new home, Lopez said the campus has a new feel to it.

“Campus has become more alive… now it feels like a full campus experience. I feel like we’re more centralized as a community and a campus now,” Lopez said. 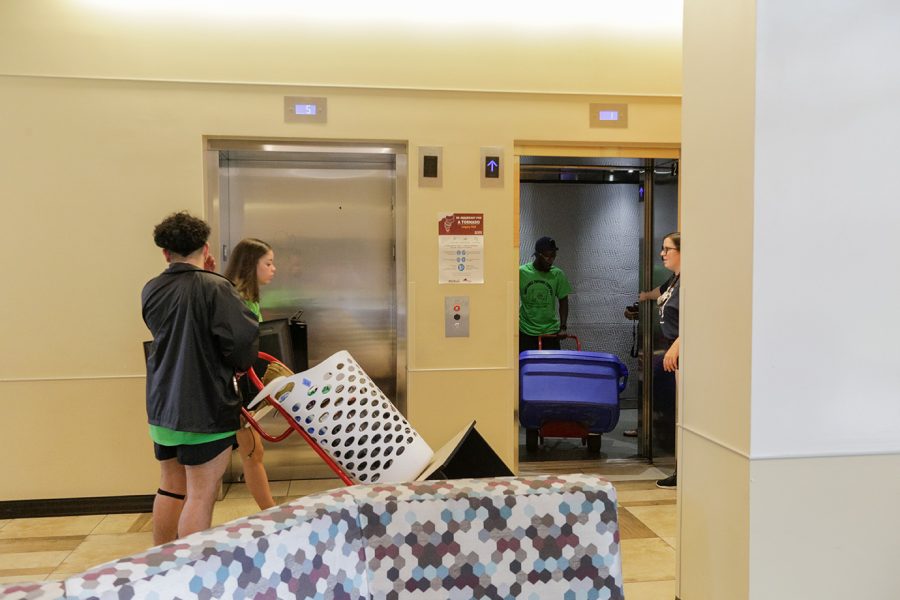