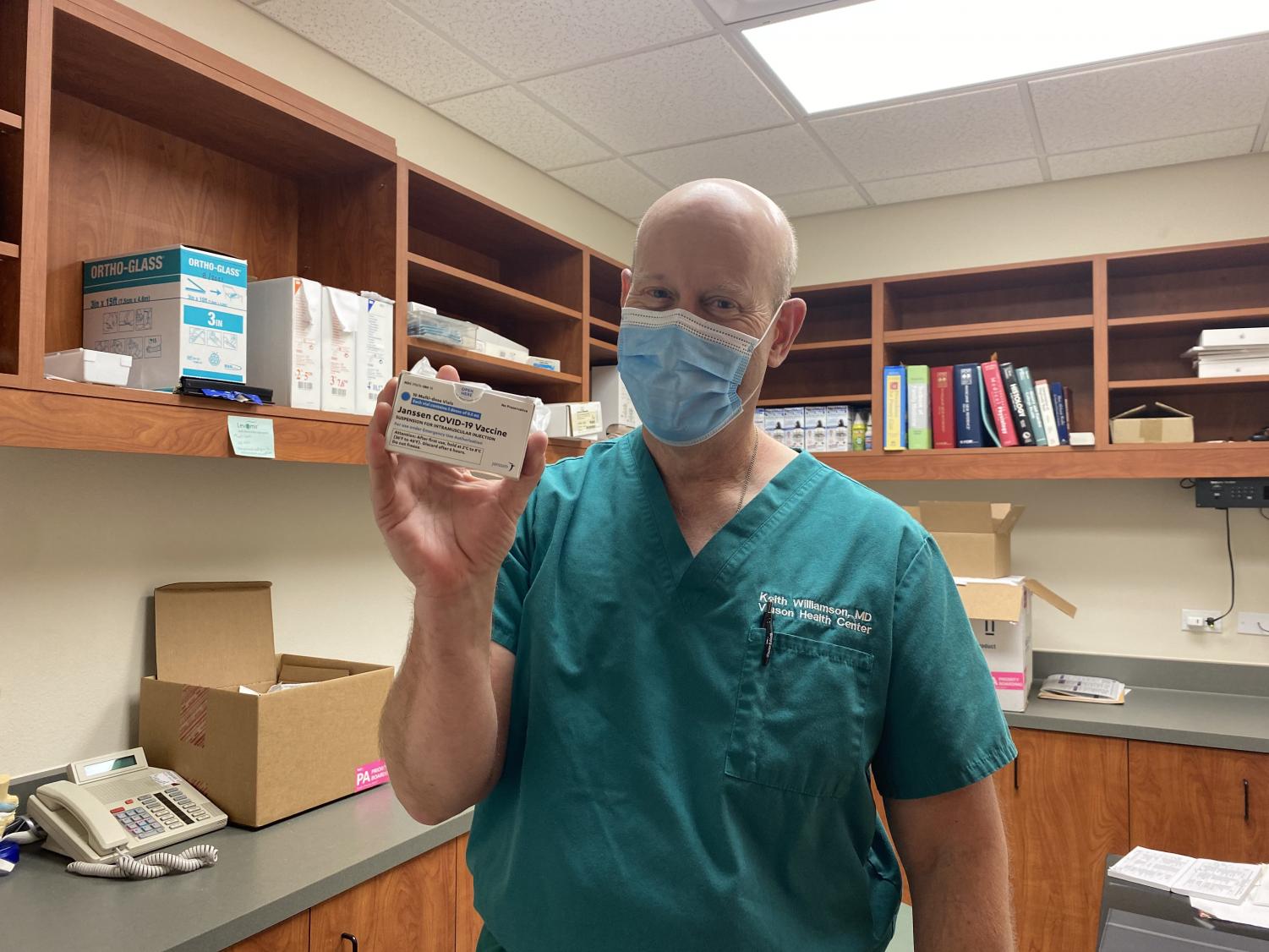 Continuing throughout April, Vinson Health Center, Texas Department of Emergency Management and Texas Military Department have partnered together to vaccinate the community.  Keith Williamson, Vinson Health Center medical director, has been applying for vaccines every week this semester, and, until April 6, hadn’t received any response. That changed when Williamson and MSU Texas Police Chief Patrick Coggins received emails from the Texas Division of Emergency Management about the National Guard holding vaccine clinics on campus.

“We hadn’t had any luck in getting the vaccine ourselves, so we began looking at [the National Guard] as an option to bring a vaccination team to campus. Essentially all we have to do is provide facilities and logistics on the ground here and then they provide everything else,” Coggins said.

This clinic will take place every Tuesday and Thursday in the Sikes Lake Center behind the Bruce and Graciela Redwine Student Wellness Center from 10 a.m. to 7 p.m. for the rest of April. It is a walk-in clinic that requires no prior registration.

“They have a very efficient setup in there,” Coggins said. “I was really surprised at, once they got working, how quickly you go from waiting in the line to being in the chair, [getting] the shot and [heading] out the door.”

The clinic administered the Johnson and Johnson vaccine until the vaccine was recalled by the Food and Drug Administration on April 13. It now administers the Moderna vaccine, and Williamson advises the students who will be gone during the period for their second shot to seek out vaccine distributors in their hometown.

“This has been so fast. It’s gone from zero to just a deluge of vaccine,” Williamson said.

Vinson Health’s vaccine allotment was used for a drive-through clinic held on April 9 and 10. It will continue to be used in the Sikes Lake Center clinic and appointments at Vinson Health. All three of these contributed to about 300 Johnson and Johnson doses being given out in the first week of vaccines on campus. To keep the Sikes Lake Center clinic efficient, Coggins and his team are on-site to guarantee the safety of those receiving and administering the vaccine.

“Not only is on-site security requested as one of the functions that the hosting agency provides,” Coggins said. “That’s something that in my previous research about hosting shot clinics and holding shot clinics within your jurisdiction, that’s one of the best practices is to have security on site. So, we have the law enforcement present.”

Coggins also said that since the clinics are open to the public, the MSU police are preparing for resistance against vaccination or other unexpected disturbances.

“There’s always the possibility of folks who don’t necessarily believe that this effort to immunize is a good idea and there have been instances of disorderly people and those causing issues. So, in everybody’s best interest we have a law enforcement presence on site when we do these clinics,” Coggins said.

Although the Johnson and Johnson vaccine was recalled, Williamson said students who received it are at an extremely low risk as severe reactions to the vaccine, such as blood clotting, came from 0.08 per 1,000 people. If, however, students are concerned, they should stay attuned to the symptoms of blood clotting and talk to their primary care provider to see if they might be at risk.

“Of the people who got the [Johnson and Johnson] vaccine, whether they got COVID or not subsequently, they didn’t transmit it to anybody else,” Williamson said. “Even if they do get the illness after the vaccine, they’re less infectious. So that’s a great thing because that’s what’ll put an end to the pandemic transmission.”

This decreased transmission would contribute to herd immunity, the campus’ goal according to Coggins. Williamson said that he is hoping students will become less reluctant to the vaccine so that this goal can be reached.

“I would like to see every student on campus vaccinated. My reasonable goal, I thought, is 90%, but I think at this stage we’re lucky to get 70%,” Williamson said. “It’s getting down to the people who are more hesitant and afraid of the vaccine and don’t know what to make of it.”

Coggins encouraged students to reach out to medical professionals and ask questions if they are unsure about getting vaccinated.

“If you have any reluctance about getting it, talk to your healthcare provider. Go along with their medical opinion or advice. And certainly, I would encourage you if you make that decision to come get the shot, come get it here at MSU.”